America or Belarus? Shocking Similarities in Oppression of Religious Communities 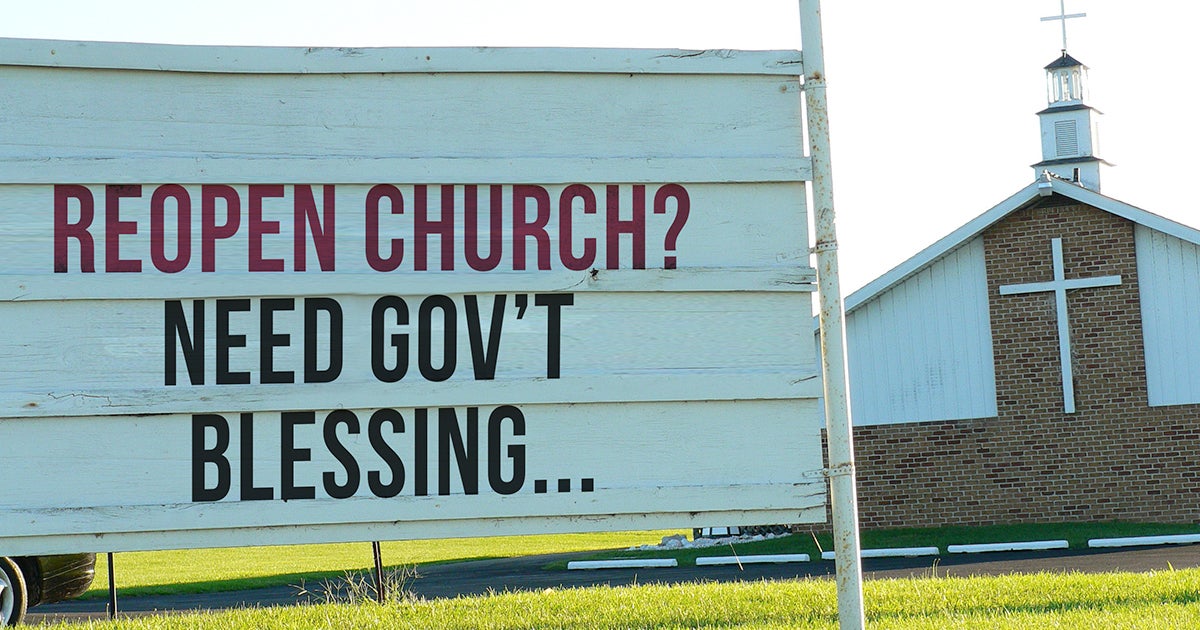 Is America on the road to tyranny?

Over the past several months, we’ve seen brazen religious hostility and frightening threats of authoritarianism unlike at any point in our nation’s history.

The oppression once thought to only happen in totalitarian regimes abroad is now emerging in the land of the free and the home of the brave.

In this feature, we’ll explore some shocking parallels between America and the tyrannical regime in Belarus, one of the most repressive nations in Europe. The similarities in religious oppression will show us the dire consequences when government becomes the supreme authority and demands religious communities to bow in submission.

We need YOU to help us stop the All Out assault on religious freedom, or we’ll end up losing all of our constitutional liberties.

Join First Liberty on the frontlines by donating today.

Worship Allowed Only with the Government’s Blessing

In Belarus, the law requires religious groups to register with the government to have religious services, a review process that can take up to 6 months. Religious groups also require a permit to hold outdoor events, as well as housing code permits to hold services at residential premises.

Frighteningly, this isn’t too far off from what we’re seeing in many cases throughout the US.

In Airmont, NY, First Liberty is fighting on behalf of an Orthodox Jewish community who’s been forced underground for 3 decades and endured an endless loop of government red-tape to obtain permits to worship in their own homes.

First Liberty is also representing a Jewish congregation in Houston, TX, after local city officials have sought to enforce local zoning laws to keep the congregation out of the neighborhood, despite many other businesses and organizations operating in the same area.

If government officials in the US can dictate to religious communities how much space is allotted to worship or makes them jump through hoops for a permit for a religious gathering, how close are we to becoming a repressive nation such as Belarus?

In addition to government control of churches, we also see resemblances between America and Belarus in the punishment of faith communities.

Belarus’ tyrannical government detains and fines individuals for sharing their faith with others, such as a Baptist couple in the city of Lepel who were fined for singing Christian songs and distributing Christian literature. Belarus law requires permits for people to share their faith and bans all religious activities by unregistered groups, which could face up to two years in prison for non-compliance.

We would never see this happen in America. Or would we?

Consider First Liberty’s client Gail Blair, an elderly blind woman who was banned from a public park and library for over two years for sharing her faith and distributing a pamphlet of the Gospel of John.

Or, take a look at the threats levied against religious groups during this unprecedented pandemic:

We’re witnessing an All Out assault on religious freedom like never before. Government continues to exploit this crisis to gain control of our churches and our right to live out our faith. And once we lose our religious freedom, it isn’t long after that we lose other civil liberties, too.

We must stand strong together to stop tyranny from taking root in America—for the sake of our First Freedom and every civil liberty that follows. Our country has been a beacon of religious freedom since its founding. Let’s fight together to ensure that legacy stands for the future, for our children and grandchildren, and for generations to come. 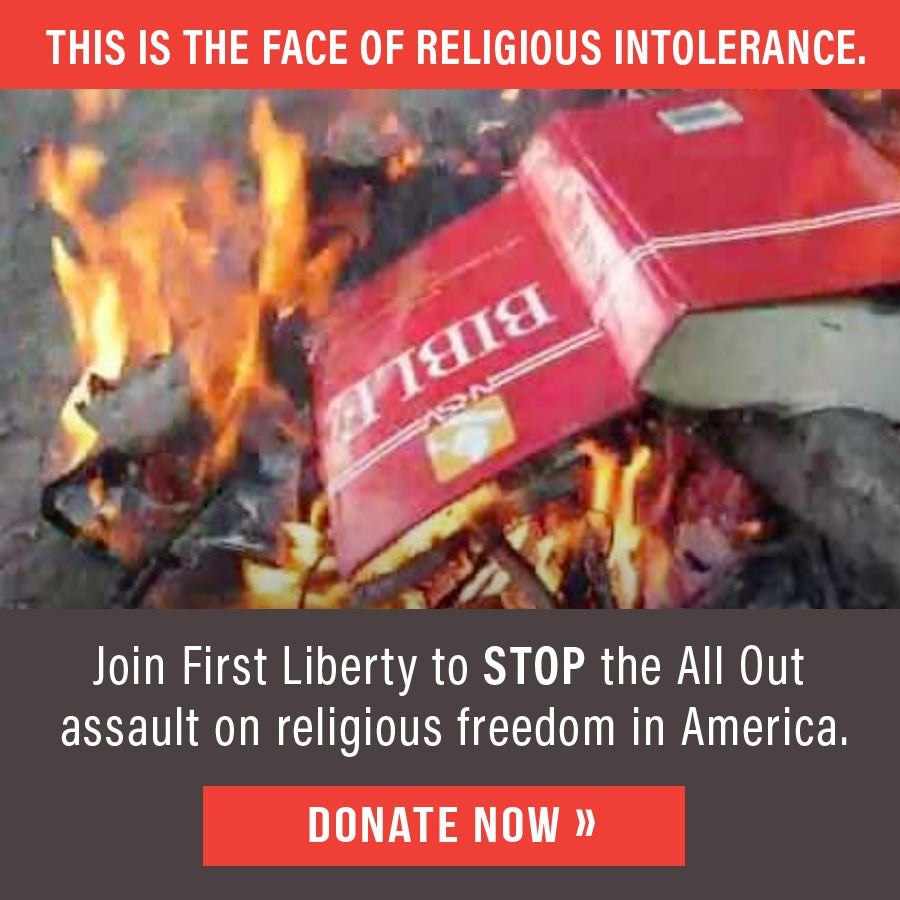