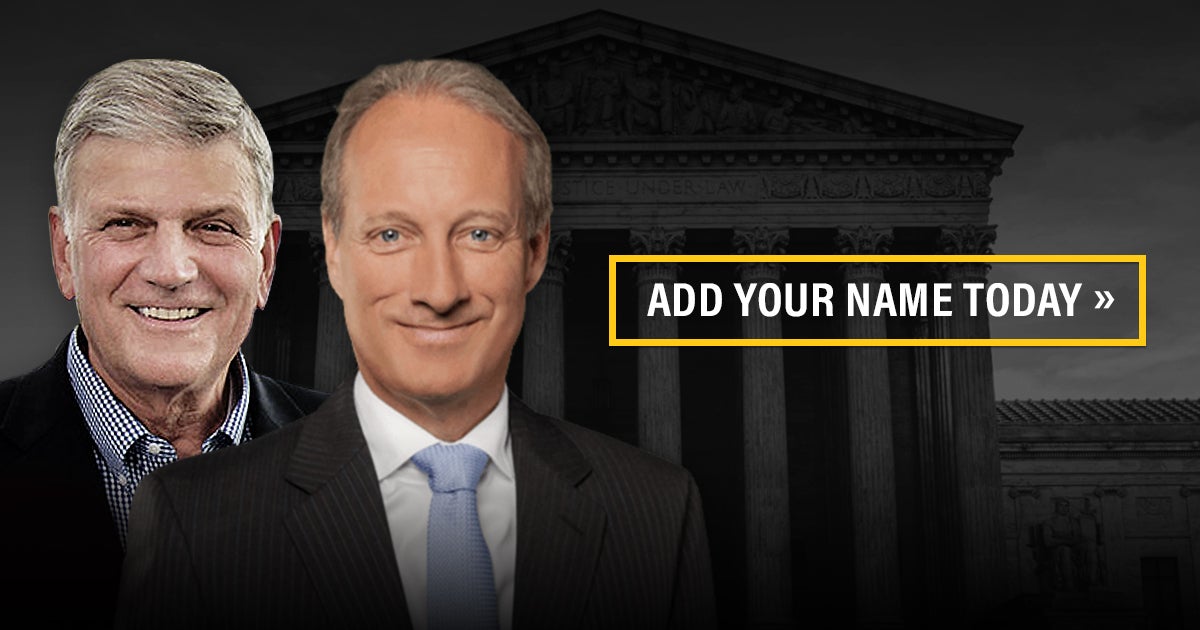 Of all the threats to our constitutional freedoms today, the scheme to stage a Supreme Coup of America’s courts is arguably the most dire.

If our judicial system is rigged to favor partisan agendas, religious freedom—and all our fundamental, God-given rights—could be stripped away by a tyrannical majority who holds political power.

That’s why right now, Americans must make their voice heard and REJECT this brazen power-grab.

We are inviting all Americans to join us in the effort to stop court-packing by signing a statement warning that the court “reform” proposals debated by President Biden’s judiciary commission are dangerous and threaten judicial independence and freedom in our country.

More than 48,000 citizens have already signed onto the public statement, which will be available for the public to sign until September 6 and will be delivered to the Presidential Commission on Supreme Court of the United States later this year.

Watch the video below. First Liberty’s President, CEO and Chief Counsel, Kelly Shackelford, explains why it’s urgent that all Americans—including YOU—come together to protect the priceless heritage of the U.S. Supreme Court and resoundingly reject the overthrow of our judiciary:

Recently, Biden’s judicial commission held its third public meeting, in which it continued to consider packing the Court with liberal, activist justices and other potentially dangerous “reforms,” such as eradicating judicial review—one of the most important checks to stop the abuse of executive and legislative power.

While the commission was allegedly formed to “study” various court reforms and then submit a report to the president, it’s been clear from the start and recent meetings that the “bipartisan” and “impartial” commission is nothing more than a vehicle for the Supreme Coup.

Your liberties and the rights of your children and grandchildren are at stake. Not to mention, the very future of the Constitution and our republic are also on the line, so there’s no time to waste.

We’re urging patriotic Americans like you to make your voice heard by signing First Liberty’s public statement and clearly tell the commission to REJECT court packing and other dangerous “reforms.” A partisan judiciary will only lead our country down the destructive path to tyranny.

Saving our nation’s revered system of justice requires that Americans like you to step up, right now like never before.  Will you make your voice heard before it’s too late?