America’s Next “Religious Freedom Generation” Off to a Fast Start!

Six millennials, five days, one life-changing experience. The Fellows of 2016 have been hard at work advocating for religious liberty. Read what they have been doing as part of their promotion of religious freedom. 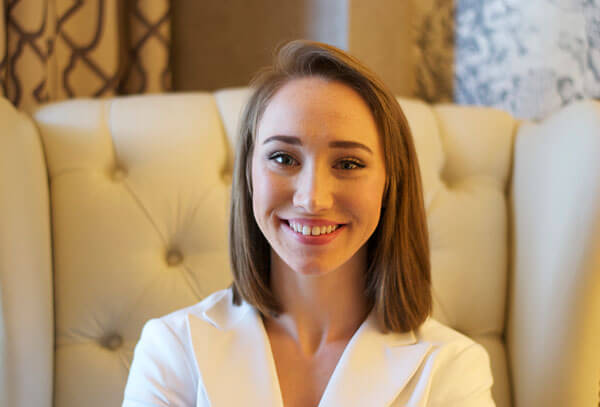 After the First Liberty Fellowship held in Washington D.C. ended in November 2016, the millennials of the inaugural class went their separate ways. But they were all united under one mission: to advocate for religious liberty. And that’s exactly what they are doing.

The Fellowship consisted of six Fellows who spent five days in Washington D.C., where they attended lectures on religious liberty, explored the sights of D.C., and met with a few First Liberty clients, including Joe Kennedy and Oscar Rodriguez.

To most of the attendees, the Fellowship was an awakening. In one way or another, the Fellows knew their religious liberties had been under fire, along with those of other Americans. But after participating in the unique experience, they realized just how important the training they were receiving really was. This group of millennials has heard the call to action and is prepared to advocate for their religious freedom. 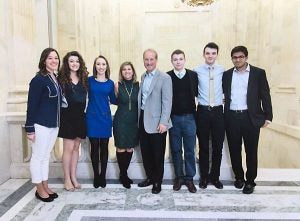 RESPONDING TO THE CALL

At the end of the Fellowship, each student was assigned a project. This assignment allowed the Fellows to take what they had learned throughout the Fellowship and apply it to their field of study. Upon completion in January 2017, a panel of judges graded the projects and awarded a winner.

Katarina Bradford from Hillsdale College was the coveted winner for 2016. Katarina was invited to visit First Liberty Institute headquarters in Plano, Texas. She was also honored with an all-expenses-paid trip (funded by the Koch Foundation) to attend the Colloquium on Religious Liberty at Pepperdine University’s School of Public Policy.

Bradford attended the colloquium in Southern California in March 2017. While there she engaged in seminar-style conversations with 15 other college students. The major focus of the colloquium was “Religious Liberty and American Self-Rule,” which included the unique characteristics of American religious liberty and tolerance and how they have contributed to the art of self-government.

The seminars, led by Professor Mark Kalthoff of Hillsdale College, were created to spark conversations that would help students build intellectual networks across schools and think about ways to become more involved in the political, policy, and intellectual life of the nation.

Bradford said, “The diverse array of students fueled an invigorating, insightful, and meaningful three-day discussion on the topic of religious liberty and self-government.” According to Bradford, many of their conversations extended beyond the seminars into their free time and during meals. Bradford concluded by stating, “It was an honor to attend this incredible event alongside such brilliant students at the prestigious Pepperdine School of Public Policy. The hospitality of Dr. Ted McAllister, Dean Pete Peterson, Dr. Mark Kalthoff, Mary Jo Hardman, and representatives from the Koch Institute and the Intercollegiate Studies Institute was unparalleled.”

Bradford is now applying what she learned from the colloquium to her summer internship with First Liberty. She is writing articles, researching and compiling key arguments to use in defending against current attacks against religious freedom, and analyzing the patterns of First Liberty legal victories.

While only one person could win the first place award, efforts of the other Fellow did not stop. The response project was just the first step in a lifelong journey of preserving and advocating for our First Amendment rights.

Recently, in a short follow-up interview, a few Fellowship alum discussed what they are currently doing to propel the movement of religious liberty forward. 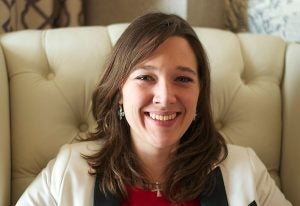 Christine Roe, a graduate of Southern Methodist University in Dallas, is currently interning for The Heritage Foundation in Washington D.C., where she is writing for the Daily Signal, including covering religious liberty cases. While Christine believes religious liberty today is under attack, she feels we can preserve this right if “we continue to stand up and fight for it.” 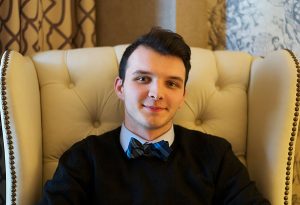 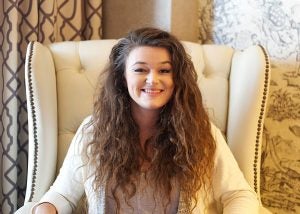 Katarina Bradford, from Hillsdale College in Michigan, says even though we can never truly predict the state of religious freedom in the distant future, “It is our responsibility today to preserve religious freedom legally, legislatively, and socially so that future generations will have a greater likelihood of enjoying the religious freedom that we enjoy.” 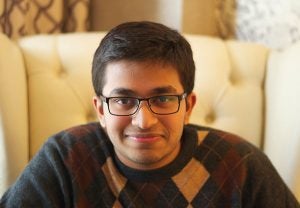 Prasanth Venigalla, from Adelphi University in New York, feels a major problem for the future of religious liberty is that many people in the millennial generation and younger have not been taught the benefits of religious liberty. Prasanth remarks, “We need to educate younger people on why religious liberty, our founding freedom, is so important and what the consequences could be if it is completely eroded away.”

The First Liberty Fellowship equipped each millennial with the skills and information necessary to advocate religious liberty on their school campuses. Five out of the six Fellows are currently attending a college or university somewhere in the United States. SMU graduate and Fellowship alumna, Christine Roe, will be joining the First Liberty staff in August.

Wherever the Fellows may be, they have been spreading awareness about religious liberty since November and show no signs of stopping.