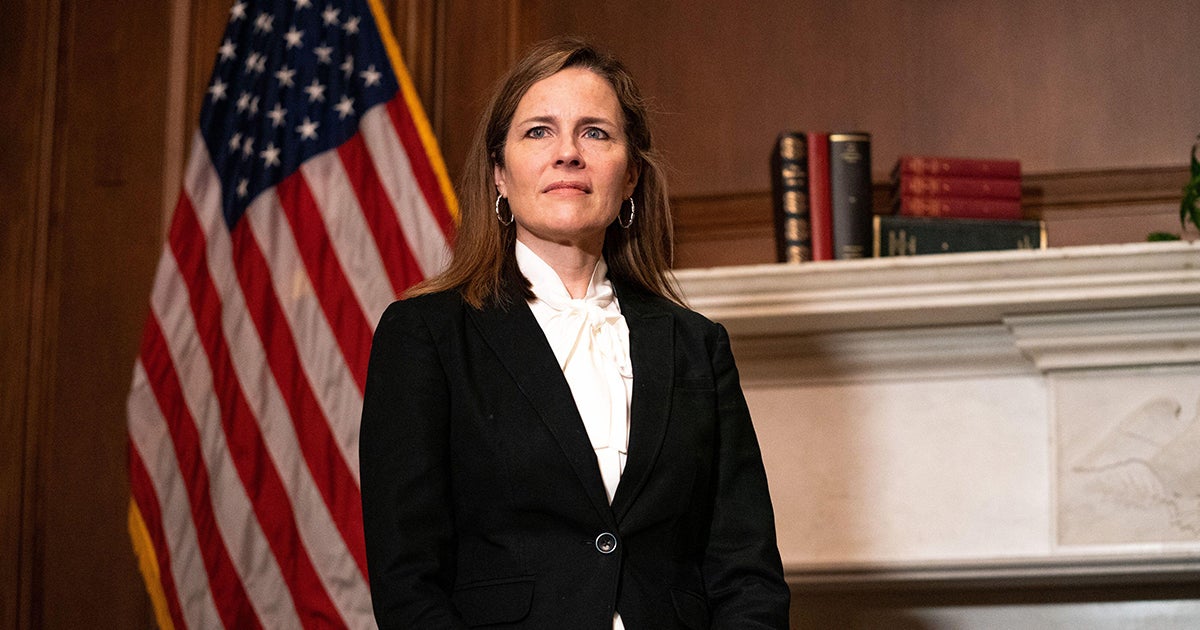 One has to reach back to 1934 to find a reliably conservative majority of justices on the Supreme Court of the United States. With the nomination of Judge Amy Coney Barrett, President Trump has set in motion a conservative resurgence on the high court. History may be on the verge of repeating itself in more ways than one.

In 1934, Charles Evans Hughes, as chief justice, formed a coalition of five justices to render a series of staunchly conservative opinions. By 1937, FDR unveiled his progressive response: He would pack the Court with liberal justices.

FDR’s progressive response to a conservative Supreme Court is much the same as what many progressives threaten today: Pack the court. FDR’s court-packing led to a dark era in American legal history. It popularized the legal theory favoring outcome-based jurisprudence, in which legal reasoning molds itself to preferred policy outcomes. Justices abandoned the plain meaning of the text and labeled the Constitution “living”—a fungible document that can be crafted to form to the political outcome they desire.

It has taken decades to even begin to recover. Indeed, only now do we see a generation of lawyers willing to proudly label themselves “textualists” and “originalists,” daring to declare that the words used in the Constitution actually have discernible meanings that both fuel and check our political process.

Judge Barrett rejects the “living Constitution” interpretive methodology of jurisprudence. Rather, she is an admitted originalist. In a recent speech delivered to an audience at a Hillsdale College program in Washington, D.C., she explained, “a justice’s duty is to the Constitution and that is thus more legitimate for her to enforce her best understanding of the Constitution, rather than a precedent she thinks is clearly in conflict with it.”

Because of this, Judge Barrett is likely to move the Court reliably to the conservative side for the first time in decades. Progressives would do well to lay aside threats to pack the Court. It did not serve the country well post-1934, and it will not help heal perceptive wounds today.

Rather, progressives ought to meet Judge Barrett on the intellectual battlefield, making the case—if they can—that a fungible Constitution is to be preferred over one with a lasting, durable meaning.

But this is not the only way in which history is now repeating itself. The court-packing era of FDR gave way to the anti-Catholic era of President John F. Kennedy. Anti-Catholic bigotry has a sordid history in the United States, dating back to the Irish migration of the 1800s. It was codified in the “Blaine amendments” affixed to state constitutions in the mid-19th century, which sought to beat back Catholic participation in public life.

It’s no secret that Judge Barrett is a faithful Catholic. One would think that, in 2020, America would tolerate Catholics—or any religious individuals—in public life. Yet, before she was even the nominee, progressives were attempting to beat back Judge Barrett because of her Catholicism. It was shameful when directed at JFK, and it is despicable now when targeted at Judge Barrett.

Ours is a country built upon diversity, especially religious diversity. Using someone’s faith as a political cudgel goes against the very spirit of our country. Any nominee to the U.S. Supreme Court should be judged on his/her qualifications and commitment to the Constitution, not subjected to an unconstitutional religious test for office—a test Judge Barrett has passed once already.

Suggestions of bias because of religion are best softly answered by the one once accused of having “dogma” that “lives loudly” within her. Said Judge Barrett, “Setting aside moral convictions is a challenge for all people, not just religious people…so the public should be concerned of all nominees inserting personal bias/opinions into their opinions, not just people of faith.”

As Secretary of State Mike Pompeo recently noted in a speech, “We know America is at its best when faith is in the public square.” When politicians resort to using a person’s religion as grounds for disqualification, they disgrace themselves. Worse, they undermine the promise of the First Amendment—that all citizens are, by their birth, entitled to the “free exercise of religion.”

History need not repeat itself. Religious toleration and common sense ought to rule the day. Detractors of Judge Barrett ought to demonstrate such tolerance by endorsing a woman, a mother and a constitutional scholar who is well-qualified for the office.

* Note: This article was first published on Newsweek and is re-published here with permission. The article presents the main points of an article published in Newsweek. This work was authored by Mike Berry. The full article can be found on the Newsweek website, here.