An Alarming New Era for Religious Liberty in America

First appeared as an opinion column in the Washington Times. 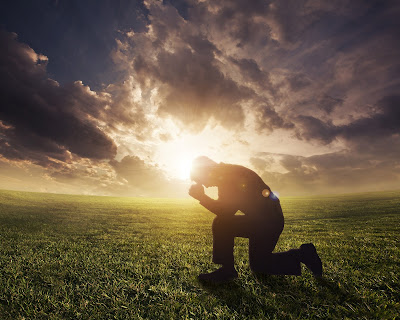 Values Voter Summit, one of the marquee annual events of the conservative movement, starts Friday at the Omni Shoreham Hotel in the District of Columbia. The top issue on the agenda, highlighted in the recent Republican presidential debates, is religious liberty.

Today, religious liberty is under attack in America like never before. Each year, Liberty Institute publishes a survey titled “Undeniable,” cataloging incidents of religious hostility in America. Since we started conducting the annual survey three years ago, we have seen an astonishing 133 percent increase in attacks on religious freedom over the past two years.

Cases include everything from a 5-year-old girl who was ordered to stop praying over her meal by a school official to senior citizens being threatened with having their federally funded meals taken away because they were praying over their food. Government officials insisted the seniors’ prayers would violate “separation of church and state.”

Liberty Institute published the latest “Undeniable” survey before the Supreme Court marriage decision in Obergefell v. Hodges. Since Obergefell, the institute has seen an extraordinary 400 percent increase in requests for legal help. We anticipate next year’s survey will reveal another tremendous hike in attacks nationwide.

The requests for help are coming in from the north, the south, the east and the west. We are hearing from people of wealth, people of no resources at all, people who are young and people who are older. The attacks are pervasive.

One example is U.S. Air Force Sgt. Phillip Monk, who was relieved of his duties because he did not agree with his commander’s views concerning same-sex marriage. Another is Dr. Eric Walsh, whom the state of Georgia fired after reviewing sermons he gave on marriage and sexuality as a lay pastor in his own church. Yet another is Craig James, a national sports broadcaster who lost his job at Fox Sports for holding religious beliefs on marriage — although he never mentioned his religious beliefs on air.

As the clash between religious liberty and “sexual liberty” intensifies, there is good news. In the Obergefell decision, the Supreme Court acknowledged that the creation of a right to same-sex marriage did not overturn Americans’ First Amendment right to religious liberty. And, as a recent Liberty Institute case demonstrates, when people of faith stand up for their rights, they can win.

Chaplain Wes Modder is a heroic member of the Navy who has given his all to serve his country for over 20 years. Earlier this year, he was attacked for his faith. The Navy put him under the military version of a restraining order and relieved him of his duties because, during private counseling sessions, he answered sailors’ questions about marriage from a biblical point of view.

The Navy’s actions put Chaplain Modder’s entire career in jeopardy. We defended Chaplain Modder and appealed, asking the Navy to allow him to continue to do his job in line with his faith. Earlier this month, the Navy reversed the decision and cleared Chaplain Modder of all charges and restored him to full service.

And there is more good news: When people of faith stand up for their faith, with Liberty Institute as their legal counsel, nine times out of 10, they win. At Values Voter Summit, Liberty Institute is debuting our brand new Religious Liberty Protection kits to educate people on how they can stand up for their rights in schools, churches, the military and the public arena. View the kits here: religiouslibertyprotection.com.

Although I am excited to support people of all faiths in the battle for their rights, I find it incredibly sad that we live in a time where religious liberty kits are even necessary. This threat to religious liberty affects not only religious individuals, but society as a whole.

Religious liberty has been a constitutionally protected American right for over 200 years. It’s why this country was founded. Our founders called religious freedom our first freedom. They did so not just because it is in the first two clauses of the First Amendment, but because they knew that if you lose your religious freedom, you will lose all of your freedoms. And when freedom is lost, America is lost.

Religious liberty is still our first freedom. Americans must not be intimidated into surrendering our First Amendment rights. Liberty Institute stands ready and willing to defend all people of faith under attack for their beliefs. We are winning these cases. The only question is: Are you willing to stand for what you believe and support those who are under attack for what they believe?

Kelly Shackelford is the president and CEO of Liberty Institute.