ANSWERS: What Happens When They Come After Your Church, Your Favorite Ministry, or Even Your Job? 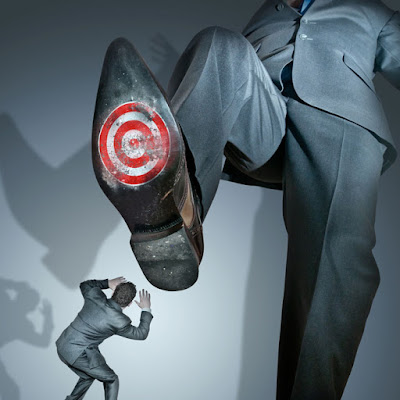 2015 may be remembered as the year of the great anti-religious liberty flood. Legislation protecting religious freedom for employers and employees was labeled “hateful discrimination.” The U.S. Supreme Court’s same-sex marriage decision turbocharged a campaign by secular activists to use “sexual liberty” to overthrow religious liberty.

This flood of hostility to religion is not a matter of intellectual theory. It will affect you, your church, your favorite ministries, the workplaces of people all around you, and the society in which you live.

Almost as soon as the Chief Justice Kennedy’s majority opinion in the same-sex marriage case, Obergefell v. Hodges, was handed down, Liberty Institute’s offices were awash with more requests for legal help than ever before.

Despite the fact that all nine Supreme Court Justices upheld religious liberty, the decision was immediately misused to trample the religious rights of employees, business owners, and others. While the threats to religious freedom swelled, so did support for those who were attacked. The entire nation was riveted.

The good news is that there is hope. The law is on the side of religious liberty—but it takes knowledge and preparation to stand for your religious freedom when it is attacked. This knowledge begins by knowing what is at risk. Here are a few areas already facing opposition:

QUESTION: Could outreach and compassion ministries be targeted and jeopardized? ANSWER: Yes.

Orphanages, rescue missions, and even evangelists could be faced with the choice to either violate their religious beliefs, or shut down all or part of their outreach—unless there is strong action by lawyers to intervene.

To see why, simply observe what already happened in states where same-sex marriage was legalized. Despite assurance before legalization that religious liberty would not be touched, after legalization the attacks began. Some examples:

·      When Massachusetts imposed same-sex marriage a few years ago, Catholic Charities Adoption Services of Boston—a ministry with more than 100 years of placing orphans—was forced out of business because they refused to violate their faith.

·      The Salvation Army of San Francisco was forced to stop vital ministry to the elderly and homeless because they refused to violate their beliefs on sexual morality in volunteering and employment.

·      Even before the Court ruled, Liberty Institute was contacted by an evangelistic ministry facing a potential “discrimination” threat.

During the marriage case arguments, Donald Verilli, the U.S. Solicitor General and the Obama administration’s top lawyer before the U.S. Supreme, actually told the Justices during oral argument of the same-sex marriage case that religious institutions who stubbornly held to traditional beliefs on marriage could be at risk of losing their tax exempt status. His response to Justice Samuel Alito’s question about that possibility was, “It will be an issue.”

QUESTION: Could you—or people you know—lose a job, business, income, or career because of this firestorm of religious persecution? ANSWER: Yes.

This is already happening—and it’s going to get worse. Liberty Institute is defending multiple clients who lost their jobs and careers because of religious beliefs they expressed outside of the workplace. They include:

·      Craig James – A former NFL and college football star, Craig James was fired after one day of working for Fox Sports as a sports broadcaster—for something he said on the campaign trail over a year previously concerning his religious beliefs about marriage. Liberty Institute and James filed a lawsuit against Fox Sports in early August.

·       Bob Eschliman – An award-winning newspaper editor from Iowa fired for expressing his religious belief on his personal blog. Liberty Institute recently announced that Bob Eschliman and Shaw Media amicably resolved an employment dispute with a confidential settlement agreement with which Mr. Eschliman was pleased. Liberty Institute attorneys praised Shaw Media for recognizing religious rights in the workplace.  We hope this sets the tone for victories in other cases—but clearly, this will be an area of intense legal conflict.

Now is not the time to become complacent about your religious liberty. The law is still on your side. That’s why the attorneys at Liberty Institute provide resources and legal defense to people of faith free of charge. So if the day comes when you find your religious freedom on the line, you won’t be unprepared or unprotected.

How Expert Lawyers Can Help You and Others

As part of Liberty Institute’s plan for responding to the Supreme Court’s Obergefell decision and the general attack on religious freedom, we are providing protection to thousands of churches and organizationsthrough our “Religious Liberty Protection” webpage.  This service gives faith-based organizations a great deal of protection, helping them incorporate pages of religious protection language into their documentation. This greatly improves ministries’ and churches’ ability to keep outreach flowing to millions of people without being sued, prosecuted, restricted or shut down.

The threat to religious liberty in America is real—and growing faster than ever before. People of faith can successfully defend this precious First Amendment freedom, but it requires remaining alert, aware, and involved. Are you prepared?

Back to School – 10 Religious Liberty Facts for Every Student