Appeal: Coach Kennedy Fighting to Get Back in the Game

First Liberty appealed to the Court of Appeals for the Ninth Circuit Monday to get Kennedy back in the game for the remainder of the football season. 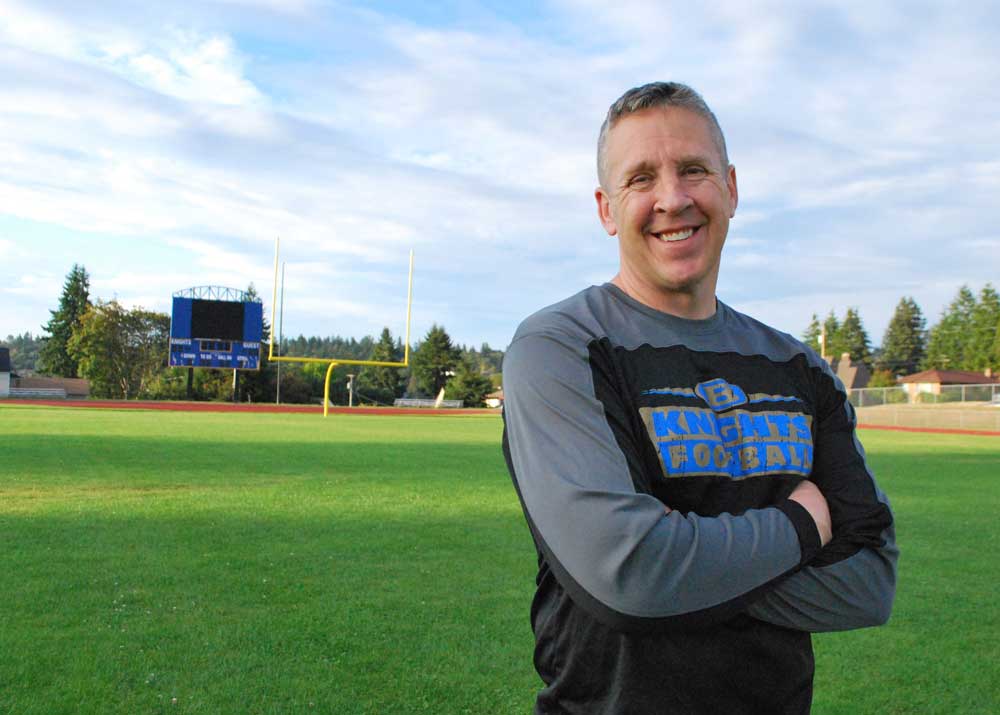 Coach Joe Kennedy is ready to leave the bleachers and get back on the sidelines as football coach. First Liberty is pulling out all the legal stops to make that happen sooner rather than later.

First Liberty filed an appeal before the U.S. Court of Appeals for the Ninth Circuit Monday on Kennedy’s behalf, asking for the coach to be allowed back on the job until his case is ultimately settled. The legal battle on his permanent status could take well beyond the football season, and in the meantime his players are deprived of the benefit of his coaching.

If the Court rules in Kennedy’s favor, he’ll potentially be able to resume his job as coach for the remainder of the Bremerton High School football season.

“I’ve attended the games this season as a spectator, but it’s been a punch in the gut to be in the stands,” Kennedy says. “I hope the court will rule that I can get back on the sidelines and keep coaching these amazing guys.”

The Washington state coach was suspended last fall and then fired last spring for offering a brief, quiet prayer at the fifty-yard line after every high school football game. Kennedy retained First Liberty as legal counsel and sued Bremerton School District in August.

In the lawsuit filed August 9, First Liberty and volunteer counsel accuse Bremerton School District of violating Kennedy’s First Amendment rights to free speech and free exercise of religion, as well as violating Title VII of the Civil Rights Act of 1964 when they fired him because of his religious practices.

Kennedy didn’t seek any monetary damages in the lawsuit—only to be reinstated as coach.

In the meantime, Kennedy asked a district court to issue a preliminary injunction that would allow him to continue coaching while the lawsuit progressed. But the Court said no.

Now, Kennedy, First Liberty and a team of volunteer attorneys hope that the appeal filed on October 3 will let Kennedy reunite with his players for what’s left of the season while the longer legal battle moves ahead.

While Kennedy says it’s hard not being able to coach this season, many of his former players feel the same way. Some have played under Kennedy’s guidance since they were freshmen, and are now seniors.

Kennedy has even received text messages from his players asking when he’ll be able to return.

In May of 2016, Kennedy was honored by the Family Policy Institute of Washington with the “Rosa Parks Courage Award” for his refusal to stop praying. At the event, NFL Hall of Fame member and former congressman Steve Largent delivered the keynote speech, sharing his personal story about how coaches like Kennedy are especially important.

Largent pointed out that men like Kennedy care more about their players than just how many touchdowns they can score. Kennedy’s players agree with that assessment. In a video produced by The Daily Signal, some of Kennedy’s players were interviewed and shared how they felt about his coaching.

“He always had the right thing to say,” one Bremerton High School graduate said, adding that on senior night, Kennedy often acted as the “parental figure” for players who didn’t have supportive parents.

Another player said Kennedy was there for him when life at home was tough: “He helped me. Just sat me down and talked to me about how it’s going to get better no matter what.”

“It’s ridiculous how attached you get to these kids,” Kennedy told The Daily Signal. “And not to be a part of it is really rough.”

So why the fight over 50-yard line prayers?

“I tell my kids to be bold in their beliefs,” Kennedy told the Seattle Times at the beginning of the legal battle last fall. “I want to set an example to stand up for what you believe in, even if it isn’t popular.”

“How do you teach your kids about courage if you don’t do it?” he asked.

According to First Liberty attorneys, a legal loss for Kennedy would be a loss of religious freedom for schoolteachers and coaches everywhere.