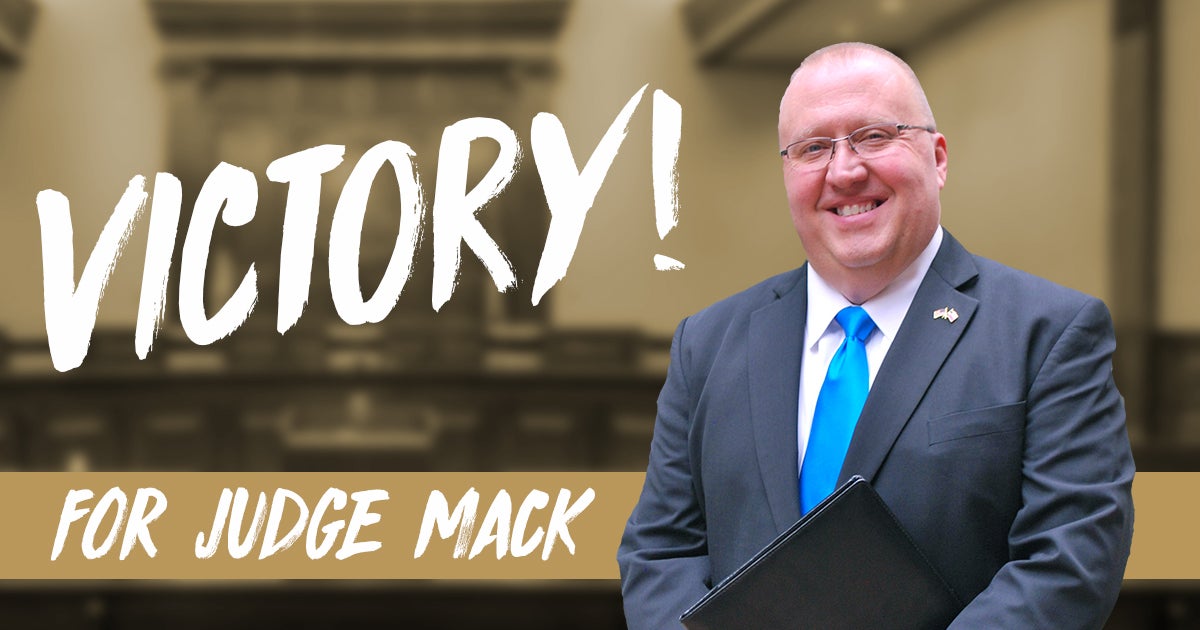 We recently received news of a victory for our client, Judge Wayne Mack. The U.S. Court of Appeals for the 5th Circuit upheld Judge Mack’s practice of recognizing volunteer chaplains who sometimes open court sessions with a brief invocation.

As a Justice of the Peace in Montgomery County, Texas, Judge Mack started a program several years ago to invite religious leaders of every faith in his community and give them an opportunity to offer remarks and, if they choose, a brief opening prayer before courtroom sessions.

The 5th Circuit, however, ruled that the program is constitutional. The Court held that Judge Mack’s “prayer practice is consistent with the tradition of public, government-sponsored prayer.”

Bradley Hubbard, our volunteer attorney from the law firm Gibson Dunn who argued the case in April, further explained:

“The Fifth Circuit rightly concluded that Judge Mack’s brief ceremony respects a rich historical tradition of opening judicial proceedings with an invocation. As the Court explained, the ‘history, character, and context’ of Judge Mack’s ceremony ‘show that it is no establishment at all.’”

Judge Mack started the program seven years ago, when he was called as coroner to the scene of a tragic accident that took a young woman’s life. While at the hospital, her family requested a chaplain, but the hospital chaplain wasn’t available.

After trying in vain to find a volunteer chaplain for the family, Judge Mack resolved to establish the chaplaincy program to help counsel and comfort grieving families at tragic death scenes or on death-call notifications. Judge Mack’s program was borne out of compassion and a desire to care for people in his community.

“Thank you seems very inadequate to say to you and your team. But also so does God‘s grace and mercy seem so beyond what we are worthy of. So thankful that God is faithful and that you were faithful to your vision to preserve religious liberty and freedom in America. History is going to show that you and your team were at the forefront of spiritual renewal and revival in our nation.”

This is a tremendous victory that brings an end to years of harassment against Judge Mack. With this key ruling in hand, he will be able to continue a distinguished career of public service to his community.

Following the Best of America’s Traditions and History

Extremist groups like FFRF often attempt to argue that these practices are coercive. They claim that religious expression has no place in our public institutions. But that’s simply not true.

Judge Mack goes to great lengths to inform all attendees (even those whose court attendance is mandatory) that they are free to leave the courtroom during the opening ceremony. No one who stays is required to participate in the prayer. What’s more, volunteer chaplains do not engage in proselytization or denigration of other beliefs. We made these facts clear in our argument, and the 5th Circuit determined that “Mack’s practice is noncoercive.”

Chaplain-led courtroom prayers are consistent with our nation’s rich historical tradition of opening government proceedings with an invocation. For example, the U.S. Supreme Court has opened its sessions with the prayer “God save the United States and this Honorable Court” since at least the time of Chief Justice John Marshall in the early 1800s.

After ratification of the U.S. Constitution, the House of Representatives and the Senate selected chaplains. Today, chaplains continue to offer an invocation at the beginning of each day’s sessions.

In its ruling, the 5th Circuit correctly recognized that Judge Mack’s practice is fully consistent with the Constitution. Instead of violating any constitutional principle, his volunteer chaplaincy program embraces our nation’s history and tradition of solemnizing judicial proceedings.

As we celebrate this victory, we want to thank you for supporting Judge Mack through this legal battle for so many years. Wins such as these make an incredible and profound impact not only in the lives of our clients, but also to countless people in the communities where they serve.

It’s because of your faithful support that we can keep making an impact and delivering freedom for Americans all across our country. Thank you for supporting First Liberty.