Newest Judicial Nominees Could Have Lasting Impact on Appeals Courts 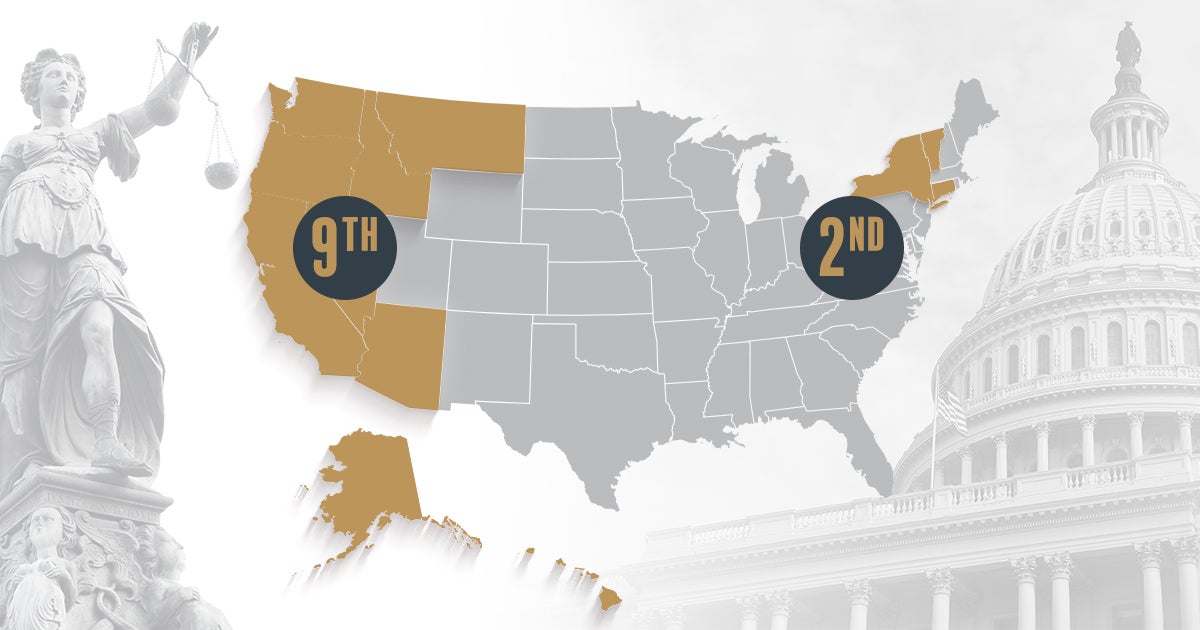 During this historic year for religious liberty, Americans have witnessed a string of key victories in the appointment of excellent judges to our federal judiciary.

Over 90% of the president’s appellate court nominees have been confirmed to lifetime judgeships. Thanks to that unprecedented momentum, there are only four vacancies left at the federal circuit courts. That’s a 35-year low, meaning that today we have the fewest appeals court vacancies since 1984.

But even with the record success in judicial confirmations, there’s still much work to be done in order to have our federal bench staffed with strong, constitutionalist judges.

Now, as the U.S. Senate begins its fall session, the president and his administration have come right out of the gate by announcing a new wave of judicial nominees, including two who could have a lasting impact on the 9th and 2nd Circuits.

Restoring Balance to the 9th

The 9th U.S. Circuit Court of Appeals has seven judges appointed by the current president, more than any other federal circuit.

The latest wave of judicial nominees includes Danielle J. Hunsaker of Oregon, nominated to fill the last remaining 9th Circuit vacancy. If confirmed, Hunsaker would be the eighth judge to be seated to that appellate court, and it would add to the administration’s success in restoring balance to a liberal-leaning circuit – a court that in the past has handed down opinions detrimental to America’s first freedom.

A potential confirmation in the near future brings the president one step closer to “flipping” the 9th Circuit to have a majority of conservative judges. As the nation’s largest federal circuit, the 9th has a total of 29 seats: 16 are filled by liberal-appointed judges and 12 by conservative-appointed judges. The nominee in the pipeline makes it possible that the ratio could improve to 16-13.

Even without a circuit flip, the president’s nominees still have an impact, since most cases are decided by a randomly selected panel of three judges. Additional conservative judges could also help moderate opinions from liberal majorities, as well as write dissents that may prompt review from the U.S. Supreme Court.

Remember that a three-judge panel of the 9th Circuit issued the outrageous ruling that Coach Joe Kennedy did not have a constitutional right to privately pray on the field after football games.

However, now that we’re once again fighting Coach Kennedy’s case at the district court level, the 9th Circuit may hear his case again at some point down the road. And under the current ratio of 9th circuit judges, there would be a greater chance of drawing a panel with at least one or two conservative judges on it.

Imagine the difference that would make in achieving a final victory in Coach Joe’s case, as well as in future religious freedom cases that First Liberty takes to the 9th Circuit.

The 2nd Circuit: Second to Flip?

Right now, there are two vacancies at the 2nd U.S. Circuit Court of Appeals.

You may recall that earlier this year, the 3rd U.S. Circuit Court of Appeals was flipped to have a conservative majority.

Our attorneys are fighting one of the worst cases of religious discrimination within the jurisdiction of the 2nd Circuit. In Airmont, New York, city officials refuse to grant an Orthodox Jewish community approval to host religious gatherings in their private homes.

If the district court doesn’t vindicate their rights, the case will likely be appealed to the 2nd Circuit, and the composition of that court could have a profound effect.

The Importance of Court Compositions

To highlight the importance of circuit flips and court compositions, and why they matter to our first freedom, consider the 8th Circuit, an appellate court with a majority of conservative-appointed judges.

Recently, Circuit Judge David Stras, one of the four judges appointed to the 8th Circuit by the president, wrote a 2-1 majority opinion that affirmed the First Amendment rights of two Christian videographers. That ruling sets a precedent protecting the right of independent business-owners to operate their business consistent with their faith.

This shows why it’s so important for the Senate to confirm more of the Administration’s excellent judicial nominees.

With this latest round of nominations, the Senate has an opportunity to keep the record rate of confirmations going strong. By confirming more excellent judges, it can also have a lasting impact in two circuits infamously known for issuing hostile rulings to religious freedom – and where First Liberty could likely fight critical religious freedom battles in the future.

America’s courts are critical to the preservation of your religious liberty, and that’s why judicial nominations are a top priority. Learn more about judges and the status of confirmations with our interactive maps and expert insight.