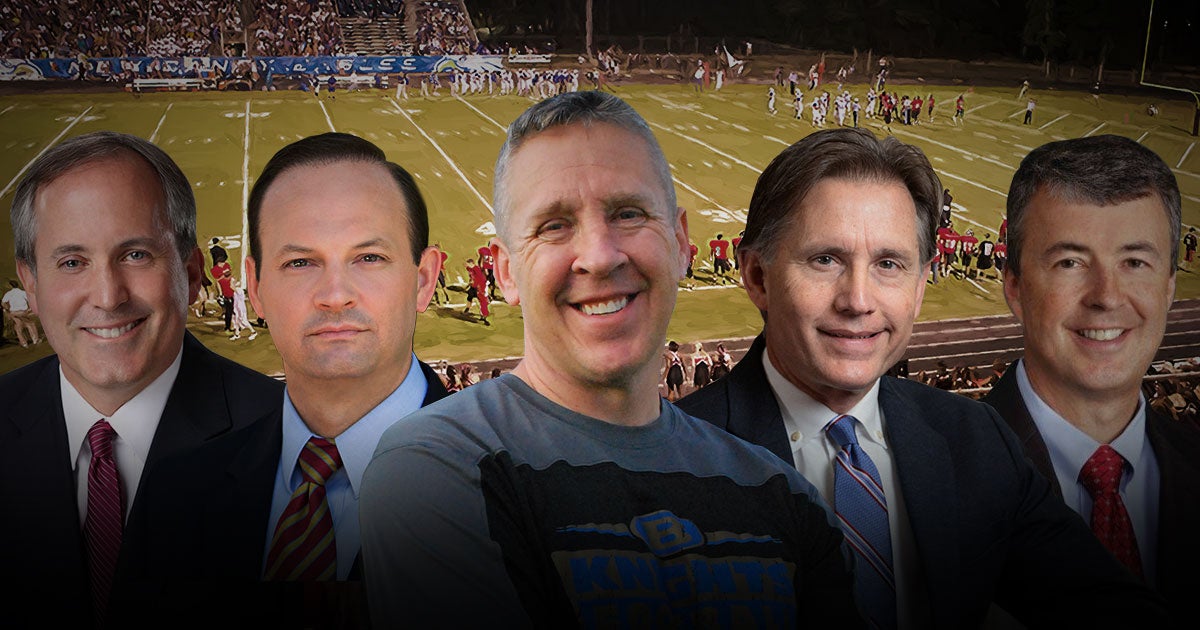 Today, we’re happy to report that 21 State Attorneys General (AG) have joined Coach Kennedy’s All-American team by recently filing a friend-of-the-court (amicus) brief at the U.S Court of Appeals for the Ninth Circuit.

This important filing comes only a few weeks after First Liberty and Kirkland & Ellis LLP filed an opening brief on behalf of Coach Kennedy requesting the 9th Circuit to review the Bremerton (WA) School District’s decision to fire him because of his brief, silent 15-second prayer after games.

This is the second time that our legal team has presented Coach Kennedy’s case before this federal appeals court. In fact, it was a three-judge panel of this very Circuit Court that previously held that Coach Kennedy didn’t have a constitutional right to pray on the 50-yard line…just because he could be seen by his players and other students.

All Americans should be able live out their faith without fear of state-sponsored censorship.

That’s precisely why the filing of this amicus brief is so critical and timely, as it’s filled with compelling arguments of how governmental discrimination against people of faith like Coach Kennedy is a blatant violation of religious freedom under the Constitution:

“Americans do not abandon their religious liberty at the doors of their workplaces…And the [School] District’s evident hostility toward religion is itself improper under the Establishment Clause…It’s basically saying that public employees cannot exercise their right to worship without fear of losing their jobs.”

What’s more, the State AG’s argue that instead of making our society better, a school district firing a beloved coach for praying silently is actually a detriment to a country that thrives on diversity of viewpoints:

“No one wants to abandon individuality at the school gate and become the government’s puppet. Nor is it in the public’s interest to require such uniformity of its employees. Fostering diverse viewpoints in schools furthers the mission of education.”

The latest additions to Coach Kennedy’s roster are impressive, but it’s not just lawyers and legal experts in states across America who are standing strong to support him in the fight to reclaim his constitutional rights.

Of course, all the best coaches know that it’s not enough to have an All-Pro, elite set of players. To lead a team to victory and a winning season, you need to match great talent with a great playbook and a winning game-plan.

And for the 9th Circuit showdown that’s ahead of us, First Liberty’s veteran team of expert attorneys has prepared a legal game-plan complete with all the X’s and O’s needed to vindicate Coach Joe.

You may recall that back in January 2019, our team received a “fresh set of downs” after four Justices of the U.S. Supreme Court issued a rare statement last year noting that “The Ninth Circuit’s understanding of the free speech rights of public-school teachers is troubling and may justify review in the future.”

With the Supreme Court’s statement and a winning playbook in our hand, we look forward to claiming the final championship title so that Coach Joe can return to the game he loves, while living out his faith. A victory for him would not only vindicate his freedom, but could set a precedent to reclaim religious freedom for coaches, players and ultimately all Americans—on and off the field.

Now, First Liberty needs YOU to keep the chains moving for Coach Kennedy through your continued financial support.

Our first-class roster is growing, but it will take millions of patriotic Americans like YOU to fight and help us win a landmark victory that ensures great people of faith like Coach Kennedy won’t be silenced, canceled or fired for living out their faith. 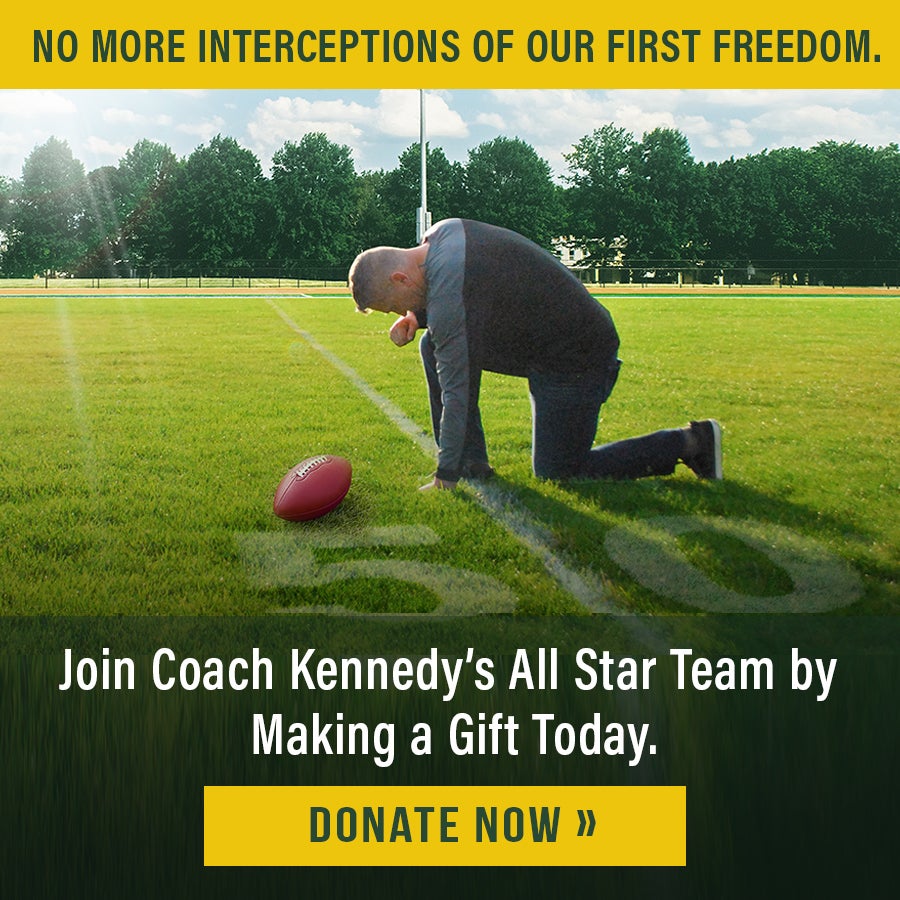