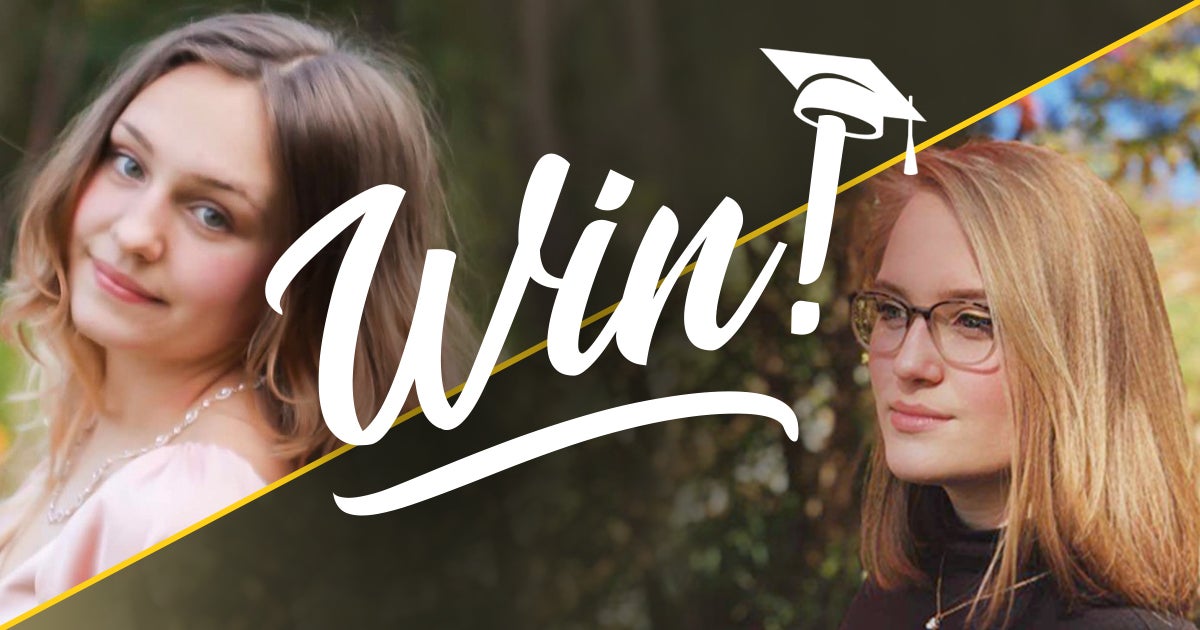 The school bell is done ringing for the summer—but freedom is ringing like never before!

To close out the 2020-21 school year, First Liberty celebrated a string of two (2) victories for students who faced discrimination because of their faith.

These victories are also a timely reminder that attacks on free religious expression are rolling in like never before…but with supporters like YOU on our side, we can defeat anti-faith discrimination and continue secure religious freedom for Americans of all ages.

Last week, we announced a victory on behalf of graduating senior Elizabeth Turner—a valedictorian at Hillsdale High School just outside Ann Arbor, MI. She was slated to speak at her graduation ceremony, but the school principal told her referencing her faith in her speech was “not appropriate for a speech in a school public setting.”

Within a day of First Liberty stepping in and clarifying that the Constitution protects students’ speech all the way from the schoolhouse gates to their graduation, the school reversed its decision and allowed Elizabeth to deliver her graduation speech in full, including references to her Christian faith. 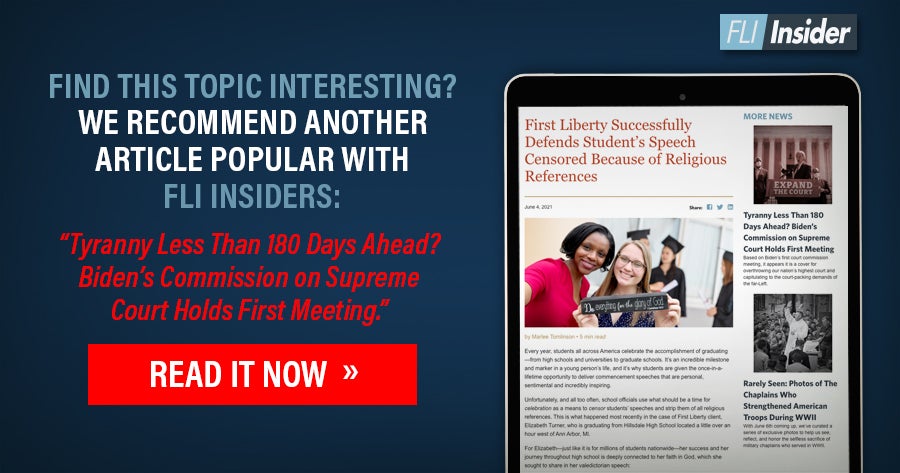 But that wouldn’t be the only incident of censorship we’d fight in Michigan, as high school, graduating senior Savannah Lefler faced a similar situation.

Again, the school’s principal failed to uphold the Constitution’s protection of religious expression and ordered Savannah to rewrite her speech. Again, the school wrongly claimed her words counted as official school communication. In a phone call, he called her speech too “Christianized.”

Because graduation should be a time to celebrate, and not censor, students and their achievements, First Liberty sent a letter to the school to set the record straight. “Censoring private speech because of its religious viewpoint violates the First Amendment,” our attorneys explained.

Delivering a second victory for students’ constitutional rights, school officials complied and reversed their decision shortly after our legal team jumped in the fight. They agreed to permit Savannah’s original speech, but it appears they did so very reluctantly.

The school district told First Liberty it would allow a “one-time non-negotiable relinquishment of control” and would include a disclaimer that the speech is not endorsed by the school.”

While we were able to secure an important triumph for students of faith, the school’s response is deeply alarming. Even after clarifying what the law and the Constitution say, the school district still seems to think it owns and controls students’ personal, private speech—and this means we must remain vigilant of our First Freedom.

As someone who truly loves liberty, YOU know what those school officials can’t seem to grasp—government does NOT own Americans’ private speech. All Americans are free under the Constitution to live out and express their personal faith—whether they’re inside or outside the schoolhouse gates.

Even though attacks against people of faith are surfacing more frequently than ever before, it’s because of your ongoing prayers and support that First Liberty can continue to win like never before!

Will you chip in today and join the fight, so we can keep winning these critical battles for our First Freedom? 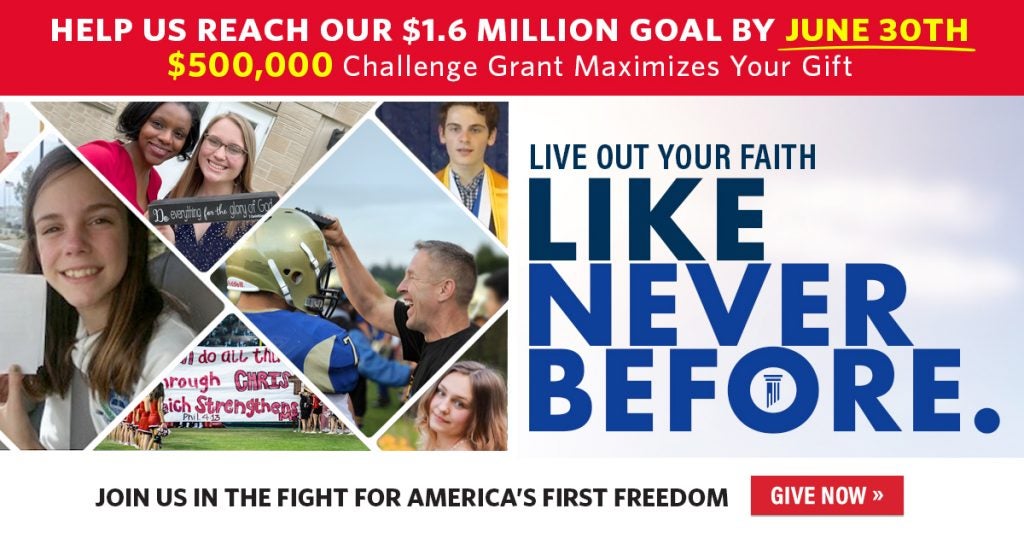