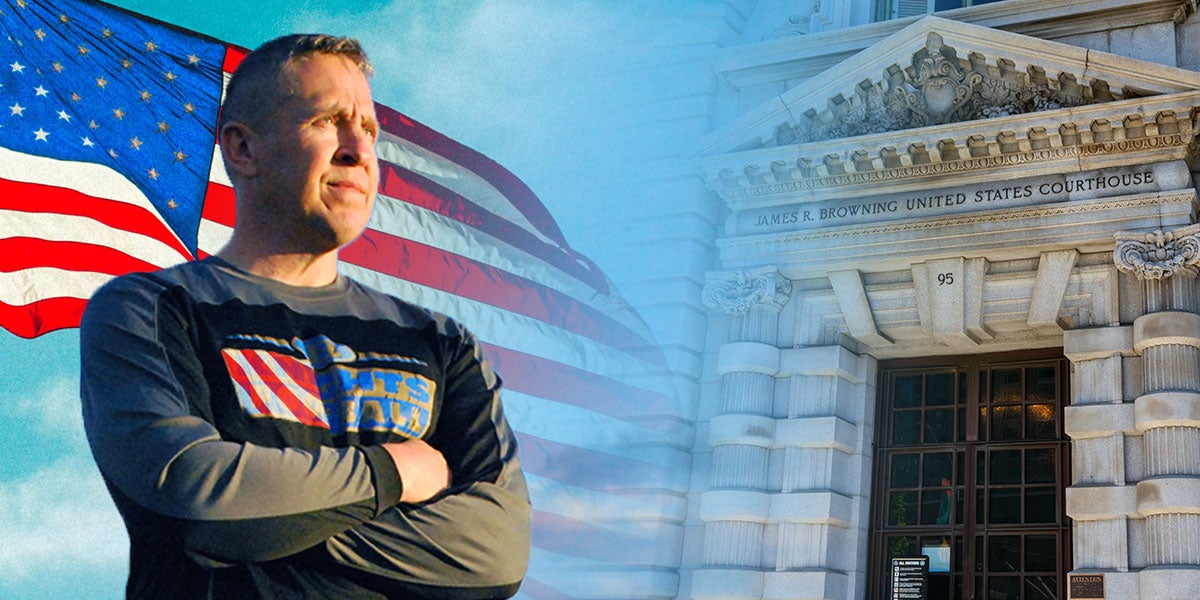 The court issued a decision in favor of the Bremerton (WA) School District, who years ago fired Coach Joe because spectators and students could see him take a knee in silent prayer after football games.

Perhaps most shocking, this most recent decision by the district court complies with a prior ruling from the U.S. Court of Appeals Ninth Circuit, which basically stated that Coach Joe’s prayer was not protected by the Constitution.

Though we’re disappointed that the federal district court did not give him the justice he deserves, our fight for Coach Joe’s rights is far from over.

In the short video below, watch First Liberty Institute’s General Counsel Mike Berry explain in more detail the implications of the district court’s decision and what this means going forward in the case:

If anyone knows what it means to take a stand for what you believe, it’s Coach Joe. For almost five long years, he’s had to miss coaching the game he loves, yet he’s shown tremendous courage and resolve when adversity has come his way.

As a U.S. Marine Corps Gunnery Sergeant who served for 20 years, he was never taught how to quit. What’s more, having been deployed overseas for combat during Operation Desert Storm, he knows first-hand the sacrifices one must make for the freedoms we enjoy—especially the freedom to live out one’s faith.

For him, reclaiming his right to live out his faith on the field is something deeply personal. As a man of faith, part of his “agreement with God” is giving glory and thanks to God after every game for the opportunity to become a football coach.

Not showing up or not fulfilling his promise was never an option. That’s why, win or lose, he would go to the 50 yard-line to kneel down in a brief, silent prayer—it was his way of staying committed to his faith.

Indeed, Coach Joe’s determination sets him apart. Those who meet and talk with him personally quickly see that his courage to fight through adversity makes him unique, and not merely an “X’s and O’s” coach.

He’s a great coach who teaches his players the intangible values of leadership, character, fidelity and persistence.

He was known for asking his team, and himself, to dig deeper. In addition to teaching the importance of winning values, one of the most profound things Coach Joe would constantly tell his players was to take a stand when adversity came their way.

That’s largely what made him a beloved favorite among his players, many of whom came from less-than-ideal backgrounds, as well as among parents and families in his community.

So, when he was confronted with hardship and fired for privately praying on the field, Coach Joe knew he needed to live up to the core of what it means to be a U.S. Marine: to be semper fidelis (always faithful). And in his role as a coach, this meant leading his players by example, and not quitting in the face of adversity.

Just as he did not give up on his players, his team or on his country when he was fighting overseas…our legal team won’t give up in this fight until we reach a final vindication of his rights.

Right now, First Liberty is preparing to move the chains to appeal his case to the Ninth Circuit for a second time, which we expect to be an uphill battle in a circuit court that’s notorious for handing down decisions that are very hostile to religious liberty.

Although there are legal battles yet to be won, we must remember that First Liberty has an important statement from four Justices of the U.S. Supreme Court telling us that the court is open to reviewing this case in the future.

And that’s a vital sign of hope for an ultimate triumph in Coach Joe’s case.

What’s more, the Supreme Court also indicated that his case could be the one that helps overturn bad judicial precedents that have haunted people of faith and religious freedom for the last 30 years.

It’s clear that Coach Joe is a man of heroic persistence and courage. Like him, we need YOU to stand steadfast and go All In with First Liberty to help take the next step forward to winning his case, and that could mean taking it back to the U.S. Supreme Court.

Remember, the outcome of this case will not only have a lasting impact on the rights of Coach Joe, but the religious freedom of every coach and every American—including you.

Winning for Coach Kennedy isn’t just about reclaiming his right to pray on the 50-yard line. All Americans should be able live out their faith without fear of censorship.

Will you give $50 to help First Liberty achieve a landmark victory in this case?