Ban The Easter Bunny? No, Just Those Bad ‘Religious Ads’ 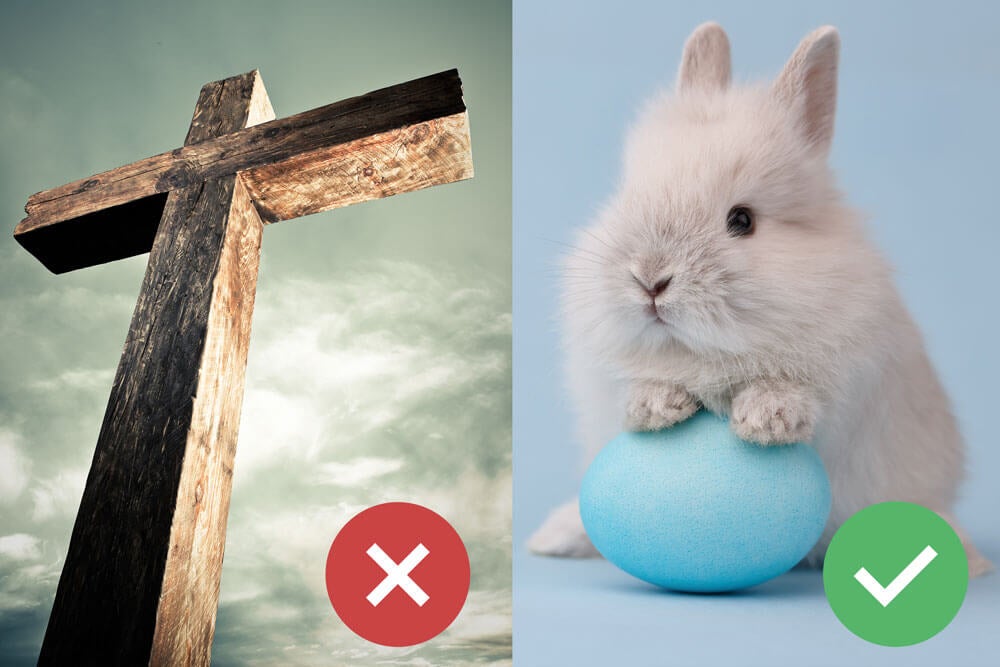 In a little over a week, millions of Americans will celebrate Easter.

This year, however, the Archdiocese of Washington, D.C. – a longstanding Catholic institution in our nation’s capital – will be looking at the Easter celebration in a whole new light.

That’s because they are banned from advertising even a mild religious message about Easter on DC area buses and trains. The Easter Bunny might be okay, but not anything suggesting faith.

Instead of preparing for modest Easter advertising, this upcoming Tuesday the Archdiocese will be presenting oral arguments before a U.S. District Court and fighting for its constitutional right to include religious language in holiday advertisements.

The court’s decision, in this case, could have serious implications for religious liberty. The ruling will either uphold or negate the right of religious institutions to publicly display or advertise religious messages.

It could set a precedent that not only affects Christmas and Easter, but also all religious holidays.

ONLY ONE HALF ALLOWED

WMATA claims its advertising policies are impartial or unbiased. But its decision to prohibit the Archdiocese’s “Find the Perfect Gift” campaign demonstrates that there is nothing viewpoint neutral about its current guidelines.

WMATA went to great lengths to defend its discriminatory ban on religious ads, claiming that there are “two halves” to Christmas, a secular half and a religious half. The problem is that transit authority officials allowed advertisements that reflected the secular, commercial half of Christmas, but effectively excluded ads having religious references.

It would be acceptable for businesses to advertise products or services with Santa Claus or Frosty the Snowman, but it would not be okay for a religious entity to include a simple religious message with three shepherds.

Permitting the secular messages and denying the religious ads is viewpoint discrimination – which means WMATA violated both the Constitution and federal law.

But the recent actions from DC transit authorities suggest that religious institutions and houses of worship cannot partake in advertising their services or religious views.

As they stand today, WMATA’s guidelines manifest the discriminatory purpose of penalizing religious beliefs and have the effect of regulating or prohibiting conduct because it is religiously motivated.

If WMATA’s ban is upheld, then churches – or any house of worship – could be denied the use of public space to advertise an Easter service, even if it only contained a simple phrase such as “Come celebrate Easter with us!”

Religious groups have a right to convey their message in public forums without discrimination. Denying that right runs contrary to America’s heritage of religious liberty. First Liberty will continue to stand up and defend organizations like the Archdiocese so that their constitutional freedoms are protected.