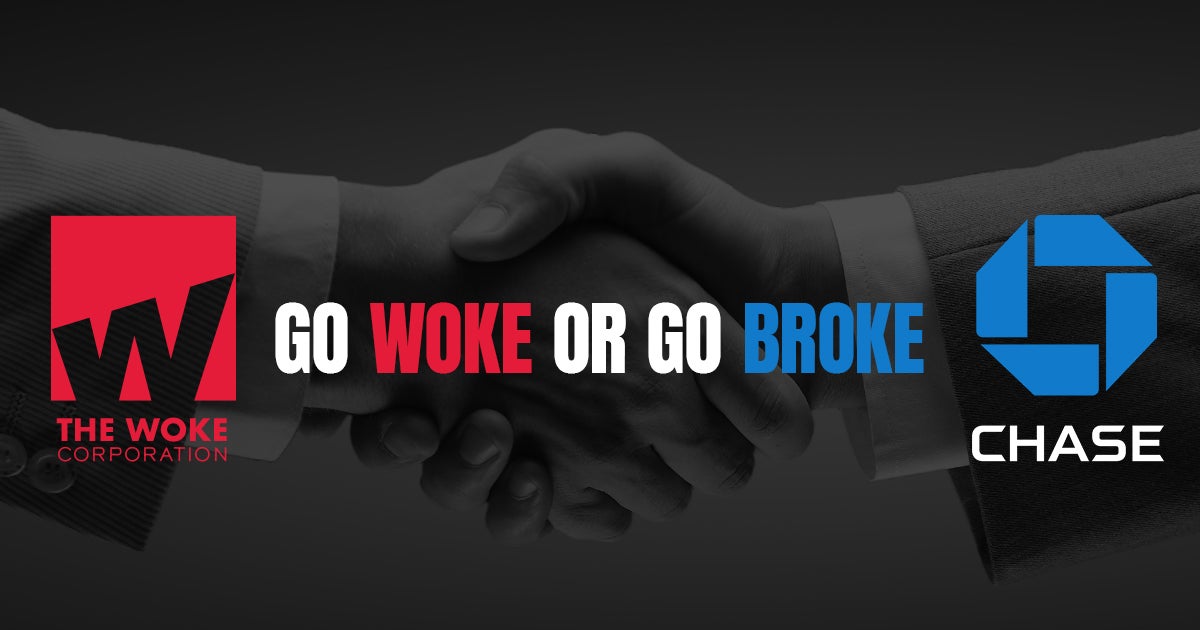 Radical cancel culture is one of the most destructive forces in America today. It’s no secret it has infiltrated virtually every sphere of our lives, whether our public schools, colleges, government institutions or corporations. There is an ever-growing number of religious employees and business owners—many whom First Liberty represents and is fighting for—who’ve lost their livelihoods at the hands of this extreme and toxic ideology.

Woke corporate culture, however, is moving beyond purging religious employees. Now, it appears customers increasingly are being canceled because of their beliefs.

NCRF’s stated mission is focused on “defending the right of everyone in America to live one’s faith freely.” The organization opened an account with Chase in April. Brownback wrote in an opinion piece published by The Washington Examiner that his organization initially had a “very positive” experience with the bank.

Chase informed NCRF that the bank would be closing the account less than three weeks after it was opened. Brownback explained:

“The decision to cancel the NCRF was described by multiple Chase employees as one from the ‘corporate office.’ It was initially explained to us by someone at the Chase corporate office that the decision was final and nonrevocable. To this day, the NCRF does not have a clear reason as to why our account was closed after only three weeks.”

Chase reached out to NCRF’s executive director and said the bank would be willing to reconsider doing business with them. But it said the organization would have to provide a list of donors, a list of political candidates it intended to support and a full explanation of the criteria by which they would endorse and support those candidates. Brownback properly responded:

“It was entirely inappropriate to ask for this type of information. Does Chase ask every customer what politicians they support and why before deciding whether or not to accept them as a customer?”

Ironically, JPMorgan Chase CEO Jamie Dimon had testified before the Senate Committee on Banking, Housing and Urban Affairs just last month. He described what a wonderful country we live in and the freedoms we enjoy:

“We live in the greatest country in the world predicated on foundational beliefs in freedom of speech, freedom of religion, freedom of enterprise, the sanctity of the individual, and the promise of equality and opportunity for all…These core values are the fabric that bind us as Americans, where the best of what we are shines through, especially in times of adversity.”

Though eloquent, this statement rings hollow. It seems Chase bank opted to embrace extreme woke culture instead of respecting our country’s historic commitment to religious freedom.

No Pals of Freedom

NCRF is certainly not the only group or person canceled because of their religious beliefs. Cancel culture knows no boundaries. Anyone—religious or not—risks being cut off from the marketplace altogether if they don’t worship at the altar of modern orthodoxy.

PayPal and its subsidiary Venmo, for example, have been under scrutiny in recent weeks for canceling accounts. Fox Business reported that Gays Against Groomers, an organization opposing the growing movement sexualizing children, had its accounts shut down. The payment processing company also shut down accounts of groups advocating for free expression and those of a media outlet that expressed its opinions about the origins and spread of COVID-19.

Cancel culture isn’t just spreading among private employers. It has also perverted many of our governmental institutions. First Liberty successfully represented Christians Engaged, a non-profit that encourages praying for our nation and elected officials, voting and being civically active. But the IRS denied the organization’s tax-exempt status. In a bizarre letter, the IRS shockingly claimed “Bible teachings are typically affiliated with the [Republican] party and candidates” and thus are considered partisan. First Liberty appealed to the IRS on behalf of the organization, and the IRS reversed course and granted the tax-exempt status.

Could pastors, Christian business people, houses of worship and faith-based organizations be “de-banked” next? We cannot ignore the dangers of woke corporate culture. It is a form of “soft totalitarianism” that wants to force people of faith to celebrate ideas and actions at odds with their religious beliefs. The consequences of this toxic ideology are severe. Anyone who doesn’t conform will be punished and ostracized, putting their careers, businesses and families at risk. It threatens to destroy the lives of Americans who dare to live according to their faith—by denying them something as basic and essential as a bank account.

As Christian author Rod Dreher explained in a recent article:

“They’re going to ultimately debank you, you know. If not Chase, then somebody. This is how the regime works. They’re going to make it more and more difficult for dissenters from wokeness to participate in society and the economy.”

Canceling religious Americans and organizations because of their beliefs is wrong. It makes a mockery of our laws and our nation’s founding values. NCRF’s cancelation makes it crystal clear: when religious people are attacked and religious freedom is not upheld, all other civil liberties—including economic freedom—soon start crumbling down.