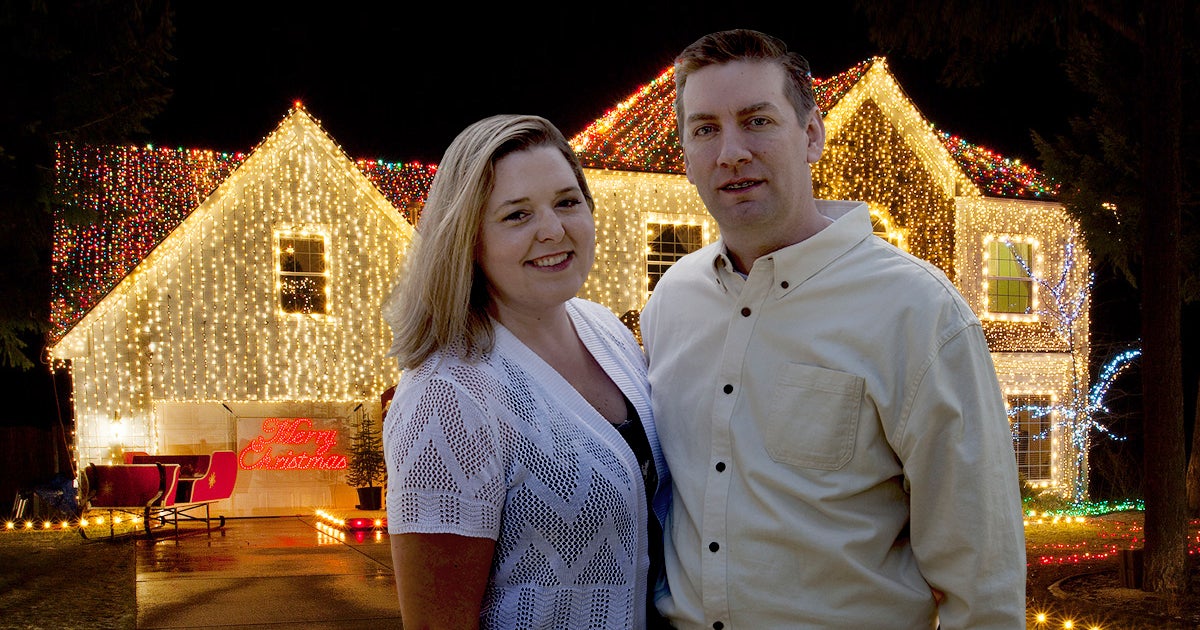 A few years ago, Jeremy and Kristy Morris, residents of Hayden, Idaho, decided that in lieu of passing out Halloween candy to the local trick-or-treaters, they would instead set up an old-fashioned cotton candy machine on their driveway.

Children from the neighborhood flocked to their home and their runaway success gave them an idea: Why not do the same thing for the Christmas season, along with serving hot chocolate and singing Christmas carols?

Soon enough, their plan came to fruition. The couple set up what turned out to be an incredibly successful Christmas display and program. It featured cotton candy, candy canes, hot chocolate, Christmas lights, and appearances by Santa. As part of their venture, they used the opportunity to accept donations to local charities serving children who are homeless or suffering from cancer. This was a way that they could live out their faith and be good neighbors to their local community.

Upon moving to a new home in 2014, Jeremy and Kristy notified the West Hayden Estates First Addition Homeowners Association that they’d be setting up their annual Christmas display.

In response, members of their HOA wrote a scathing letter, claiming they were “hesitant in bringing up the fact that some of our residents are non-Christians or of another faith and I don’t even want to think of the problems that could bring up.” The same letter went on to state, “We do not wish to…fill our neighborhood with the hundreds of people and possible undesirables.”

But knowing they had complied with all requirements and rules, Jeremy and Kristy weren’t about to cave into the HOA’s intimidation. They went forward with their first Christmas program in their new home just as they had originally planned. As before, it was an enormous success.

Nevertheless, the HOA tried to block the display and harassed them for months because they put up the holiday display on their own property. At one point, an HOA member bluntly stated that they were doing so “because someone in this association doesn’t like Christmas.”

With the situation in the neighborhood escalating, Jeremy and Kristy sought relief in court in hopes of vindicating their right to freely live out their faith in their own home.

A trial resulted in an Idaho jury finding, after days of trial and 15 hours of deliberations, that the HOA discriminated against Jeremy and Kristy because of their religious beliefs. In addition, the jury found that the letter sent by the HOA showed “preference that a non-religious individual” should purchase the home.

However, an Idaho judge overruled the jury’s verdict and issued a ruling preventing them from decorating their home for Christmas. On top of that, the court imposed thousands of dollars of attorney’s fees that Jeremy and Kristy would have to pay.

Now, First Liberty Institute, along with our network attorney firm, Gibson Dunn & Crutcher, LLP, have appealed to the U.S. Court of Appeals for the Ninth Circuit to reverse the Idaho judge’s decision against Jeremy and Kristy.

Surely, of all places, our own homes should be the safest space where we’re free to express and live according to our beliefs. No one should have to face the discrimination and harassment that Jeremy and Kristy have endured just for living out their faith in their home and for trying to serve people in their community.