Beto O’Rourke’s ‘Liberty’ Is No Liberty at All 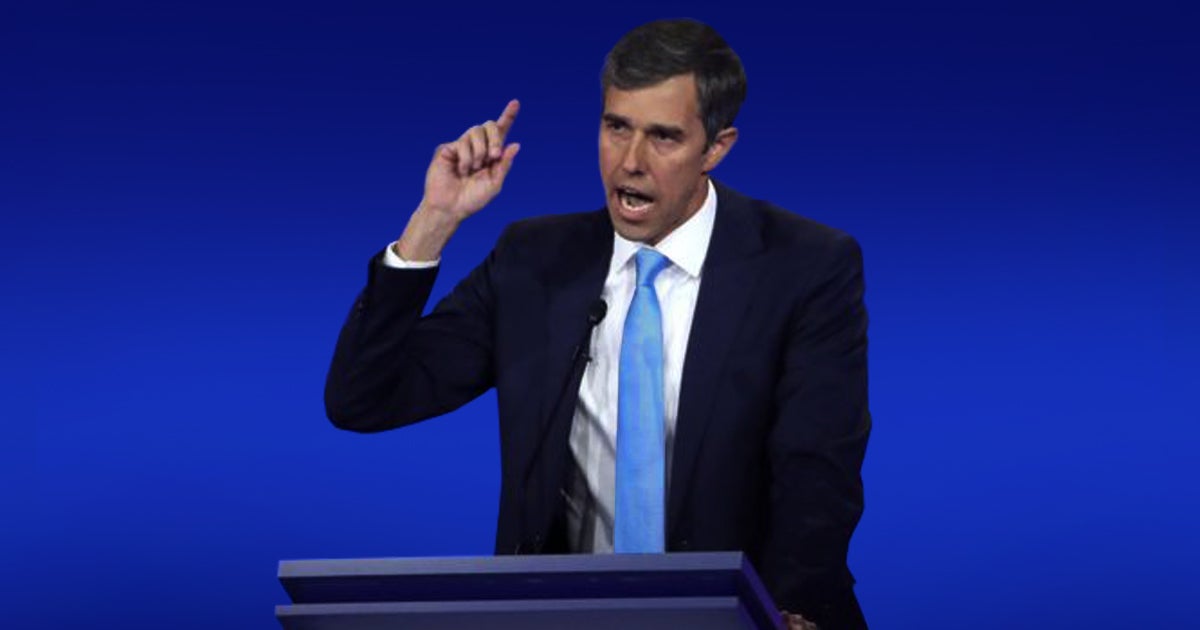 For weeks, O’Rourke has been touring the country to tell us all about his plan to take away America’s guns. Rather than embrace the importance of this Second Amendment freedom, O’Rourke continually doubles down, often invoking words you can’t say on television to emphasize his seriousness that, under his hypothetical administration, the American government will forcefully disarm its own citizens.

This has pushed some on the Left to turn their metaphorical guns on O’Rourke. These tepid rebukes of the erstwhile wunderkind who nearly toppled Sen. Ted Cruz (R-TX) sound more like, “Hey, don’t tell everyone what we really think.”

Having staked his position on the Second Amendment Thursday night, Robert Francis O’Rourke turned his attention to the First Amendment. Sagging in the polls, O’Rourke stood opposite CNN’s Don Lemon as Lemon read from one of O’Rourke’s plans. All the longshot presidential hopefuls have a plan, it seems. And every plan is fine-tuned for a niche audience. This was a plan for the LGBTQ+ community.

Lemon noted that O’Rourke’s plan praised freedom of religion as a fundamental right, but one that “should not be used to discriminate.” With that setup, Lemon asked, “Do you think religious institutions, like colleges, churches, charities, should…lose their tax exempt status if they oppose same-sex marriage?”

At this point, everyone in the audience knew what O’Rourke’s answer really was. But they also knew what he had to say if he was going to turn the corner after the primary to gain traction in a general election. True to himself, O’Rourke wasted no time in casting off the shackles of centrism. He told the world what the Left really believes.

“Yes,” O’Rourke says, “There can be no reward, no benefit, no tax break for any one or any institution, any organization in America that denies the full human rights and the full civil rights of every single one of us.”

Perhaps O’Rourke came to that conclusion after a discussion with someone in a Buc-ee’s bathroom. Perhaps it is what he has always thought. Perhaps he tested the answer in focus groups and has plans to double down on his answer in the coming days on the campaign trail.

Whatever the reason, O’Rourke’s answer is revealing for its honesty. While the Obama administration prosecuted nuns over birth control, it at least spoke in platitudes about “freedom to worship.” Celibate nuns may have to pay for birth control, but at least they are afforded a modicum of freedom to practice the worshipful elements of their religion.

Not so for O’Rourke. If a religious entity—religious colleges, charities motivated by religion, and churches adhering to two millennia of doctrine—disagrees with O’Rourke, it forfeits its tax exemption.

That’s a far cry from former Justice Anthony Kennedy’s promise in Obergefell v. Hodges, which emphasized “that religions, and those who adhere to religious doctrines, may continue to advocate with utmost sincere conviction” their religious beliefs regarding human sexuality. Indeed, Kennedy promised that “[t]he First Amendment ensures that religious organizations and persons are given proper protection as they seek to teach the principles that are so fulfilling and so central to their lives and faiths.”

Yet under an O’Rourke administration, Kennedy’s promise is only fulfilled when organized religion pays its own freight. Thus, Catholic hospitals, Muslim charities, evangelical soup kitchens, and Orthodox Jewish synagogues might manage to continue their good deeds, but only at a taxable rate. They must hope that their former donors are motivated more by the mission than by the tax incentives that have fueled the billions of dollars of charity that Americans have spread around the globe through religious organizations—charity that has relieved the American government from having to address it on its own.

O’Rourke’s plan has the high hurdle of a body of case law that makes it illegal for the government to deprive citizens of a protected right based upon the viewpoint of the citizen—but that’s not his point. O’Rourke knows that. Everyone knows that. Just like everyone knows O’Rourke has no legitimate path to presidential victory.

Rather, O’Rourke’s purpose is to expand the borders of the increasingly far-left Democratic Party. If “churches lose their tax exemption” O’Rourke’s plan is too much. Then Sen. Cory Booker (D-NJ) “use [of] the Department of Justice to go after schools” plan is made more palatable and a Warren “pass the Equality Act” plan is practically mainstream. And so the entire political machine lurches just a little further to the left—comfortably on the road to total government control.

O’Rourke will not win the presidency. But he is not supposed to. Laugh, if you must, about his trademark flapping arms and insatiable desire to address crowds while standing on tabletops, but take with deadly seriousness his ability to say what his party is increasingly thinking.

* This article was originally published on the Daily Wire on October 15, 2019.