Could President Biden Flip Second Circuit Court of Appeals Back to Liberal Majority? 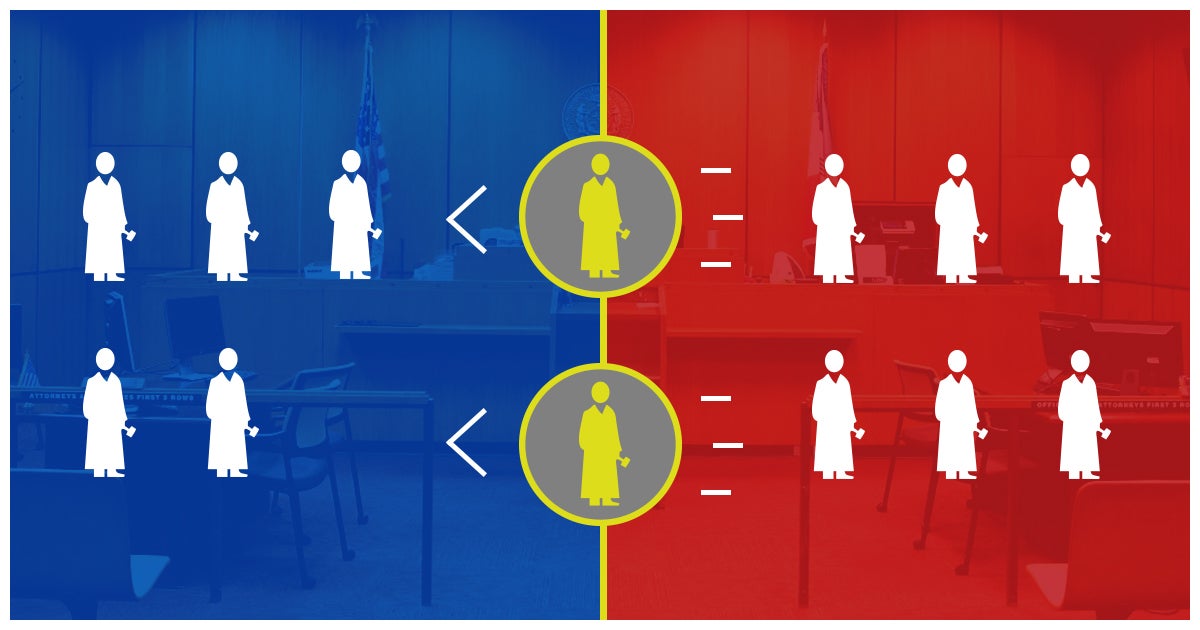 This week, the Biden administration released its first list of federal judicial nominees, including those who could potentially fill important vacancies on the D.C. Circuit Court, the Seventh Circuit and multiple district courts. According to the White House’s statement, the first wave places an emphasis on nominees with a “broad diversity of background, experience, and perspective.”

However, this recent slate of nominees may not be the only one that could affect the composition of the judiciary.

As of late March, two (2) vacancies on the Second Circuit mean there’s a possibility that President Biden could “flip” that appellate court back to a majority of liberal-appointed judges. And this potential flip could be crucial to religious freedom.

Consider that in January, the Second Circuit issued a very favorable ruling for religious liberty that stopped New York Governor Andrew Cuomo from imposing religious restrictions on houses of worship.

Looking at the judiciary more broadly, eighteen (18) judges—ten (10) liberal-appointed and eight (8) conservative-appointed—have taken senior status and opened up more vacancies for the president to fill since January 20. That compares with ten (10) during the same time period during the Trump administration.

With more than seventy (70) judges eligible to take senior status by mid-2024, there’s the prospect the federal appellate courts alone could see approximately eighty-five (85) Biden appointees before the end of his first term.

However, those numbers are very speculative and, as of today, Biden has less than ten (10) actual vacancies to fill at the appellate court level. According to the Brookings Institution, President Biden inherits the smallest number of circuit court openings since Ronald Reagan’s presidency in 1981. Atop the list of the president’s judicial nominees is Judge Ketanji Brown Jackson, who’s served on the U.S. District Court for the District of Columbia since 2013. If confirmed, Judge Jackson would fill the vacancy left open on the D.C. Circuit following the recent confirmation of Attorney General Merrick Garland. She is also considered among top contenders for a U.S. Supreme Court seat, if a vacancy were to occur during the Biden presidency.

And it isn’t just its proximity to the nation’s highest court, but also the fact that it hears so many important cases that make it such an influential and prestigious court. The majority of cases that involve the federal government, including military cases, originate in the D.C. Circuit.

That’s why it’s crucial that the nominee for the current vacancy on the D.C. Circuit be someone whose background and record reflects a commitment to upholding the original text and intent of the Constitution—including our God-given right of religious liberty.

Why is it so vital to have strong constitutionalist, textualist judges on the federal bench?

First, because the Supreme Court hears approximately one percent (1%) of the cases brought before it, circuit courts are the end of the road for the vast majority of cases—including many important religious freedom cases that First Liberty litigates.

Also, because circuit court cases are typically decided by a panel of three judges, the composition (liberal vs. conservative majority) of each court greatly affects which judges are on each panel. When it comes time for a panel or the court at large to issue a ruling, the more judges who are committed originalists increases the probability of a decision consistent with the Founders’ vision of the Constitution.

Right now, there’s a sea of religious liberty litigation that keeps surfacing in the lower district and circuit courts, as well as other appeals being made to the Supreme Court. That’s why these vacancies are so significant. Those appointed will serve as the deciding factors in the vast majority of legal battles ahead.

First Liberty’s team of experts will continue to keep a close eye on judicial vacancies and remain committed to our work of analyzing and evaluating the records of the nominees to America’s federal courts. And if our legal experts uncover any nominees who have a radical or unacceptable record on religious freedom, we will provide the facts and information to those in the U.S. Senate who vote on whether those nominees will be on the federal bench for life.