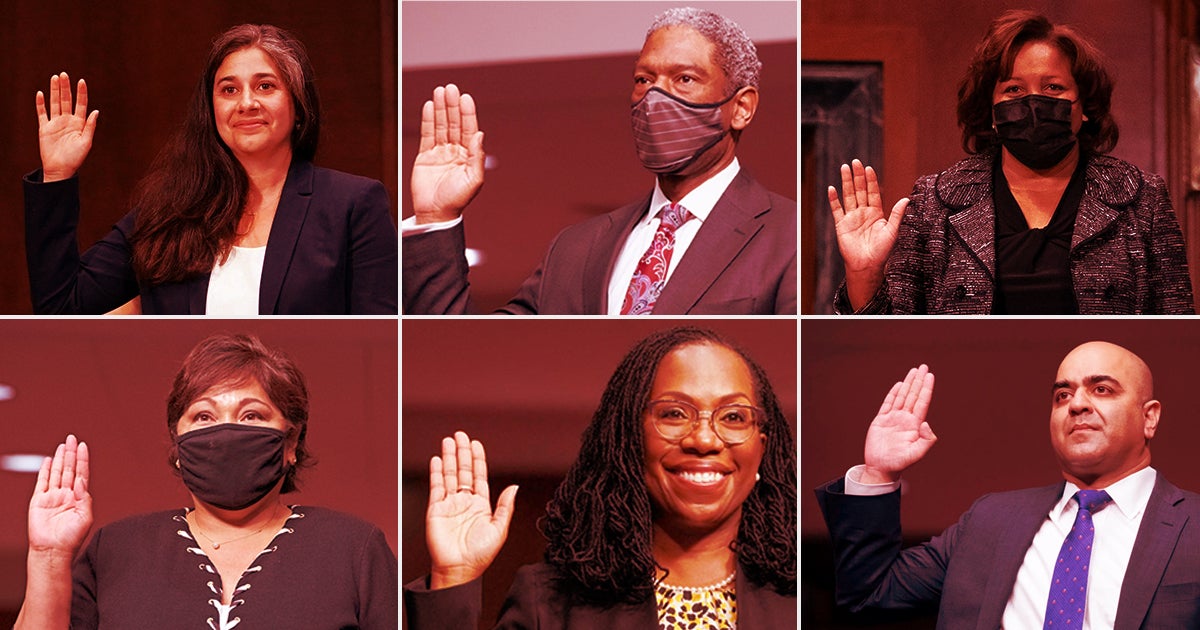 President Biden’s judicial nominees are being confirmed at a blistering pace. So far, 74 Biden judges have been confirmed to the federal courts. That’s 31 more federal judges than President Trump, who confirmed 43 in his first 18 months. The White House reports that Biden “has won confirmation of the most lower court judges for the first year of a presidency since the Kennedy Administration.”

Part of this is because of how many judicial candidates Biden has put forward. Since taking office, the president has announced 132 nominees, the second highest number since the 1980s.

Confirmations have been lightning-fast up to this point. But that could soon change.

The November midterm elections could change the balance of power in the U.S. Senate. If the Democratic Party were to lose control of the Senate, it would likely slow down confirmations—or even bring them to a grinding halt.

With the midterm elections looming, liberals and activist groups are putting the heat on Democratic Party leaders, urging both the White House and the Senate to move faster.

According to Bloomberg Law, Senate Judiciary Committee Dick Durbin is the focus of a recent ad campaign:

In a letter written to President Biden, Sen. Durbin and Senate Majority Leader Chuck Schumer, more than 30 liberal groups suggested they should consider setting aside traditions around judicial confirmations, including how many nominees are considered at once. They urged Democratic leaders to add additional hearing days and increase the number of nominees considered at each hearing.

The Leadership Conference on Civil and Human Rights also wrote to Sen. Schumer, encouraging him to increase the pace as the November elections approach: “This is urgent work that cannot wait,” they wrote.

The liberal organization, People for the American Way, recently wrote:

“We can’t repair our democracy without repairing our courts…The Senate should confirm every nominee who has been advanced by the Judiciary Committee before Labor Day, and they should do whatever is necessary to get that done, even if it means delaying or canceling the August recess.”

Even though the total number of Biden confirmations is high, the administration has lagged when it comes to appeals court judges. Biden has confirmed 17 so far. This falls short of President Trump, who’d confirmed 23 appellate judges at this point.

There are seven appellate court vacancies right now, and this could be the focus of the confirmation battle from now until November. Bloomberg Law reports:

Appellate court judges wield incredible power. Remember, the Supreme Court hears only about 80 cases each year. And of those, it only decides two or possibly three cases on religious freedom. In the vast majority of cases, the federal appeals courts have the last word—the same courts where President Biden is appointing judges whose records are alarming and even hostile to our freedoms.

People of faith in America should not only pay attention to how many, but also the ideology of the judges being confirmed. They must know this: President Biden’s judges have raised serious red flags.

He has repeatedly selected nominees whose resumés show they’ve worked for and been endorsed by radical, Left-wing activist organizations, such as the ACLU, American Atheists, Americans United for Separation of Church and State, Freedom from Religion Foundation, the discredited Southern Poverty Law Center and others.  As First Liberty’s legal experts have explained, Biden’s judges who are now on the federal bench for life have worked against Americans’ core freedoms, including religious liberty. Many of them hold radical positions far outside the mainstream.

Consider Biden’s recent nominee to the 9th Circuit, Roopali Desai. Desai serves on the board of Just Communities Arizona, a self-described “abolitionist organization” when it comes to the justice system. They envision a world where “prisons and jails are unnecessary” and have called to defund the police. Desai is a board member of the Arizona ACLU and has previously represented Planned Parenthood.

Biden also recently nominated Julie Rikelman for the 1st Circuit. She is an attorney at the Center for Reproductive Rights, a liberal organization that represented the Mississippi abortion clinic in Dobbs v. Jackson, the Supreme Court case that returned the power to regulate abortion to the states.

Their advocacy for these groups suggests they could unconstitutionally advance a liberal policy agenda from the bench. It’s not likely that they would serve as apolitical, impartial judges.

Because federal judges make critical legal decisions about your religious liberty, First Liberty will continue to monitor judicial nominees. Our team of experts will continue to provide you with the facts if any of them have a radical or unacceptable record on religious freedom.