Elderly, Blind Woman No Longer Banned from Sharing Her Faith in Public Park 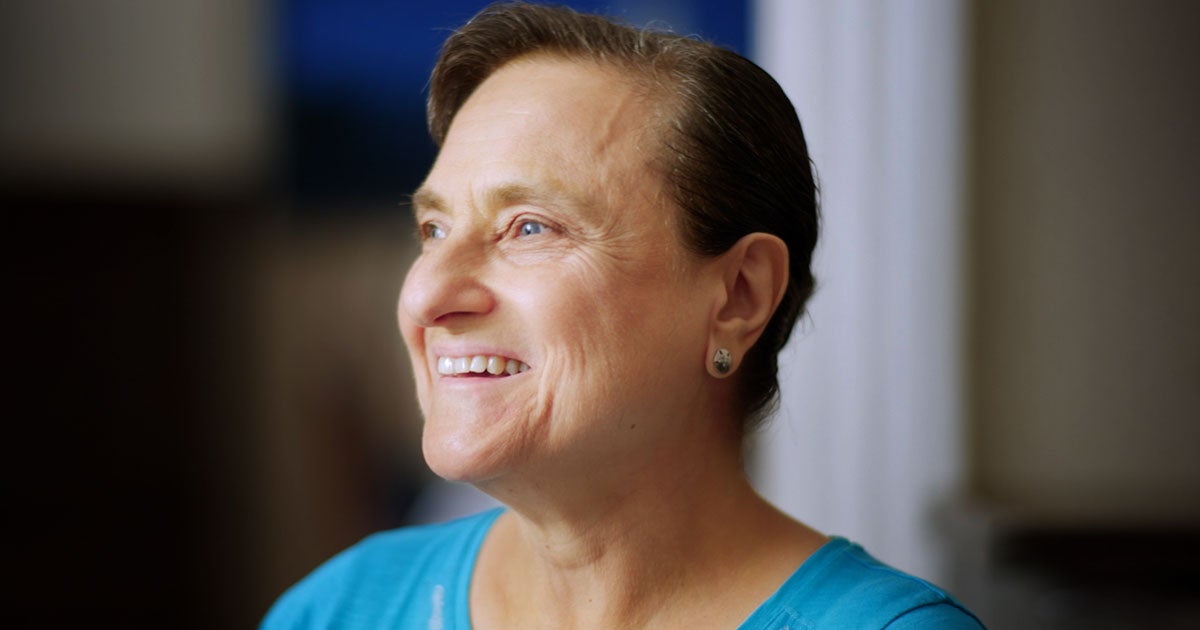 First Liberty continues to be the “best hope for victory” in the midst of this constitutional crisis, as millions of people of faith nationwide are undergoing a relentless assault on their religious freedom at the hands of government officials overstepping their authority.

Today, we’re happy to report that our legal team secured an incredible victory on behalf Gail Blair, a 66-year old, blind woman in Westerly, Rhode Island who was previously banned by local officials from sharing her faith in a park. Not only was Gail prohibited from entering park, but she was also banned from the local library and threatened with arrest for having conversations with others about Jesus during which she would offer them a small copy of the Gospel of John.

In cooperation with William Wray Jr., an attorney at Adler Pollock & Sheehan P.C., First Liberty helped reach a settlement agreement with the Westerly, Rhode Island Memorial and Library Association. Under the agreement, Gail will now be allowed to enter the park and converse with others about her faith.

Watch the video below. In it, First Liberty attorney Jeremy Dys shares more about Gail’s story, and why this recent triumph on behalf of Gail isn’t just a win for her, but is a win for Americans of all faiths.

We’re thankful, of course, to faithful supporters like you, who make it possible for First Liberty to keep fighting on the frontlines and scoring victories in cities across the country, many times in places where no one else is willing to fight.

It’s in these local and seemingly “small,” yet abundant victories where we’re able to see some of the most meaningful impact, because collectively, these wins all add up to help protect religious liberty for millions of Americans all across our great country.

Throughout 2020, we’ve seen ongoing abuses of power and the silencing of religious voices. Yet, Gail’s victory is proof that the Constitution is not suspended in times of crisis.

Our God-given rights aren’t beholden to the whims of those who blatantly abuse their authority and arbitrarily decide who, when or where religious expression is permitted.

Let’s take a moment to recap a number of important victories we’ve had this year alone, wins that will help make sure that senior citizens—like Gail Blair—can keep living out their faith without being banned, censored or kept from fulfilling their mission in life.

Our first victory in 2020 was on behalf of retired seniors, Ken and Liv Hauge. In that case, First Liberty reclaimed their right to conduct a Bible study at a senior living community in Virginia.

Similarly, we secured a victory for Donna Dunbar, a retired senior citizen in Florida who’d been denied access to her apartment community’s social room for meetings based on their religious content. However, thanks to our intervention, Donna is now able to use the social room on a weekly basis to hold a Bible study without being subject to special rules or restrictions.

These victories for seniors like Gail, Ken, Liv and Donna are proof of religious freedom being delivered.

Even in the face of all the chaos, unrest and attacks happening right now, we’re witnessing a reclamation of our First Freedom unlike at any point before in our nation’s history.

Whether it’s through precedent-setting victories at the highest levels in the federal judiciary, or for an elderly blind woman in a small city in Rhode Island, together we’re winning back the freedoms once stripped away from us and restoring our God-given rights in the spaces and places where we live out our faith every day.

Because YOU give, we can fight and win cases that will impact your religious liberty right now—and set precedents that will protect the First Freedom of our children and grandchildren.