As Americans, we cherish and honor our military service members for the sacrifices they make to keep us safe and protect our religious liberty, along with our foundational freedoms.

But today, those same military service members are being attacked for their faith. Religious liberty within America’s armed forces is under heavy fire, even though the law clearly favors and safeguards it for our men and women in uniform.

And if there’s someone who knows what it means to have to fight for your First Freedom, it’s retired U.S. Air Force Colonel Leland Bohannon.

In 2017, Col. Bohannon suffered a flagrant violation of his religious liberty, one that nearly ended a decorated and outstanding career of military service.

Col. Bohannon was asked to sign an optional spouse appreciation certificate for a retiring Airman. However, doing so, he believed would force him to endorse a same sex marriage and violate his religious convictions.

Col. Bohannon pursued a religious accommodation, and a two-star general advised that he would sign the certificate in his place, a solution with which Col. Bohannon readily agreed.

Thus, the Airman’s spouse received a certificate with the far superior signature of a two-star general.

That should have ended the whole ordeal, right?

But upon learning that Col. Bohannon did not personally sign the spouse certificate due to his sincerely held religious beliefs, the retiring Airman filed a discrimination complaint.

The blowback from the complaint was so devastating that Col. Bohannon was suspended from command, making it likely his accomplished military career would end in disgrace. All of his sacrifice—over 20 years of exceptional service to our country—were on the verge of being destroyed.

Thankfully, because of First Liberty’s swift and timely intervention in his case—as well as an outpour of solidarity from loyal supporters like YOU—then-Secretary of the Air Force, Heather Wilson, ruled that Col. Bohannon’s First Amendment rights could not be eviscerated by Air Force policy. She affirmed that he had not discriminated against the Airman, and had a constitutional right to exercise his religious beliefs.

In the video below, you can watch a recent broadcast of D. James Kennedy Ministries’ program, Truths That Transform. In it, Col. Bohannon and First Liberty General Counsel, Mike Berry, discuss ongoing attacks on service members’ religious liberty:

Though Col. Bohannon successfully reclaimed his right to live according to his faith, there are some who insist on stripping away the religious freedoms of our service members.

Even right now, during the uncertainty of the current national health crisis, opponents of faith are growing more brazen in their attacks, and they are seizing this as an opportunity to target people of faith. The ongoing and relentless hostility against religious expression in the military means we must always be vigilant, and especially so during times of crisis when freedom can be fragile.

This is a challenging and unprecedented time. But that means First Liberty Institute is first to answer the call when our service members’ religious freedom comes under attack. We are their first line of defense when their rights are violated or trampled.

And when you stand strong together with First Liberty, together we can make a major—and lasting—impact on the preservation of religious freedom in the U.S. military. 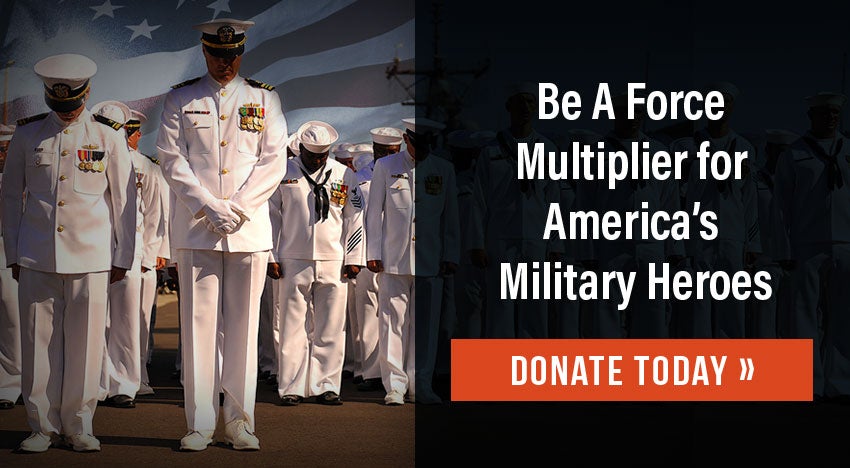