California Bans Singing in Church: Just One of Many Outrageous Acts of Discrimination 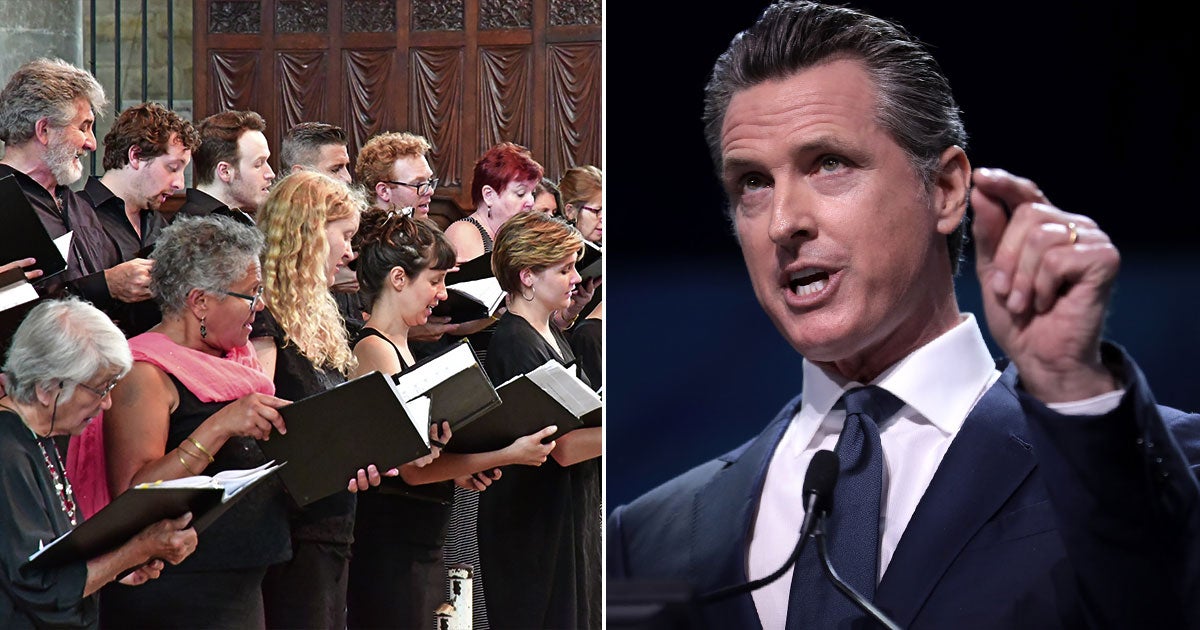 Isn’t it ironic that California’s state motto is “Eureka!” (meaning, I’ve found it!), yet state officials appear to have completely lost sight of the Constitution’s protection of religious freedom?

Instead of upholding religious liberty as the first and most essential of our freedoms, what they’ve done is exploit a crisis to “find” what’s most convenient for their agendas, at the expense of violating the rights of people of faith.

Nowhere in the Constitution do we find the power of government officials to tell churches and people of faith if they can sing or lift their voices in worship. Quite the opposite, the original intent of the First Amendment is to protect church autonomy, and to make sure the government doesn’t stick its nose in the church’s business—especially how it conducts or carries out worship.

Abusive elected officials are exploiting this “crisis” and “new normal” to take away your religious liberty.

Together, with YOUR financial support, we can fight back against their violations—and win critical victories to reclaim our First Freedom.

A Pressing Danger: Finding Powers That Aren’t in the Constitution

It seems like this is what’s happened with Governor Newsom, who somehow discovered the authority to meddle with church worship, and he will, as expected, justify this unconstitutional and brazen abuse of power under the guise of a “new normal.”

But let’s call it for what it is. Discrimination. The California Governor’s double standard and bias is against the religious community is plain and evident. Just several weeks ago he publicly expressed solidarity and support for protesters marching (many of them shouting in the face of police officers and vocalizing mouth agape) in the streets of Los Angeles and other major cities in the state. In one instance, a protester was recorded opening his mouth and blowing cigarette smoke directly into a police officer’s face.

Of course, in the eyes of the Governor, these are all permissible acts under the umbrella of free speech and social change. After all, they are convenient to his political agenda.

But when it comes to the constitutionally enshrined right of religious freedom, it’s a whole different set of standards. Even though an overwhelming majority of churches comply with social distancing guidelines and keep people apart when they gather together to sing, that simply cannot be allowed. Church choirs are a hazard to public health, and that demands a governmental dictate to prohibit singing.

And while banning singing in church is outrageous, it’s not the first and only time houses of worship in California have suffered discrimination at the hands of government officials, especially during this vulnerable and unprecedented time.

Listed below are other recent and shocking instances of religious discrimination in California:

Much like the anti-Semitism that’s occurring in Airmont, NY, religious discrimination of the Jewish community also seems to be running rampant in California. First Liberty intervened—and won—multiple cases to defend Orthodox Jewish synagogues from discriminatory zoning ordinances and vandalism.

First of all, let’s not forget that during the height of the CV-19 pandemic, Governor Newsom was the subject of a lawsuit (South Bay United Pentecostal Church v. Newsom) that made it all the way to the U.S. Supreme Court. This legal challenge was brought by a church claiming that the Governor’s pandemic-related rules on religious services at the time were discriminatory and being unequally applied to churches, but not secular businesses. Shockingly, the U.S. Supreme Court sided with Newsom in not granting the emergency motion, giving him the inch for which he has taken a mile.

Living Up to the Golden Rule

Perhaps ending the scourge of religious discrimination in the Golden State begins with government officials living up to the Golden Rule—treat others as you’d like to be treated.

That means state and local officials shouldn’t be openly discriminating against religious communities, treating them worse than their secular counterparts—which is both illegal and unconstitutional.

And instead of magically creating the power to tell church-goers they can’t sing out to God, California’s governor needs to have a true Eureka! moment. That is, finding and getting back to the First Amendment’s unequivocal protection of Americans to practice their faith without government telling them how or when to do so.