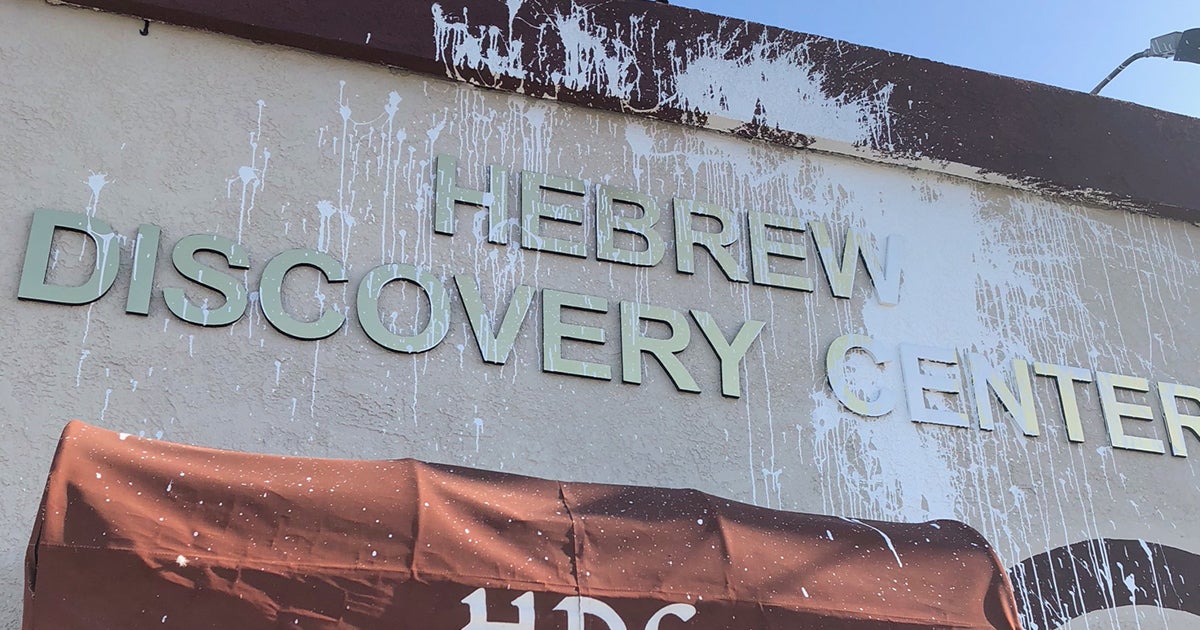 Rabbi Netanel Louie leads the Hebrew Discovery Center, a small Orthodox Jewish synagogue in Los Angeles county that has endured multiple acts of violence in the past few years.

Sadly, the hate against this Jewish community doesn’t seem to stop. Recently, in the middle of the night a vandal threw a can of white paint at the synagogue, defacing the front entrance to the building.

This isn’t the first time the Hebrew Discovery Center has been the target of hateful acts because of who they are or what they believe.

A couple of years earlier, a man walked in while children were present and screamed about killing the Jews before knocking over property and storming out. In 2016, vandals tore up a temporary structure used for Yom Kippur rituals and caused thousands of dollars in property damage.

Due to the persistent vandalism, the synagogue has had to invest in stronger fences and security systems, and add a sign near the front entrance warning against trespassing. On multiple occasions, they’ve had no choice but to call the police in order to protect their property and ensure the safety of their members.

Despite all that, hateful acts against this small synagogue continue to this day, and it may have much to do with an apparent rise in anti-Semitism in recent years. According to statistics from the Anti-Defamation League, the number of incidents of assault, harassment, and vandalism rose significantly in 2017 and 2018 compared with 2015 and 2016.

Not only has this synagogue had to endure physical violence, they have also had to endure being dragged into court repeatedly. These meritless lawsuits are brought by people who oppose one of the synagogue’s ancient religious rituals involving the Kosher slaughter of chickens. Instead of using their freedom of speech to express their perspective, these activists try to use the coercive power of the government to shut down a religious ritual that they do not like.

Even though Rabbi Louie and his congregation have endured forthright animosity, violence, vandalism and draining legal battles for so many years, they continue to stand strong.

At First Liberty Institute, we’re also taking a strong stand, as we continue to defend them against these baseless lawsuits.

Currently, we are fighting two lawsuits from activists attempting to wield the government’s power as a weapon and using it to shut down the synagogue’s religious ritual. Previously, First Liberty Institute won two similar lawsuits brought against a small Orthodox Jewish synagogue in Irvine, California.

This year, we also defended the Rabbi for reporting a suspected vandal to the police when the synagogue was attacked by a group of people in 2016. Incredibly, she sued him for calling the police. We won that lawsuit in July, showing that he had every right to call law enforcement in response to the vandalism.

Whether in court or at the synagogue, attacks on this Jewish community continue to surface. First Liberty Institute will stand by the right of all houses of worship and their right to exercise their beliefs free from violence and harassment.

Americans should be free to live out their faith without the threat or fear of violence. Help us protect the first freedom of religious minorities and people of all faiths. Give today.