California Flashpoints: Churches in the Golden State Are Under All-Out Assault 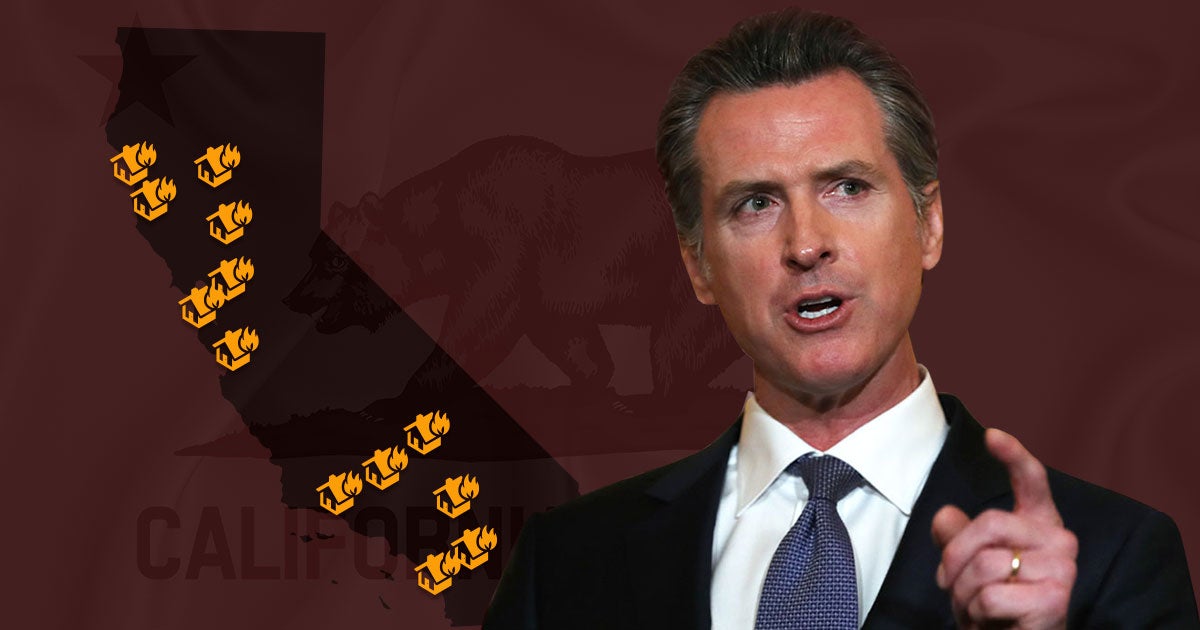 In California, Governor Gavin Newsom and local officials throughout the state continue imposing unconstitutional restrictions and discriminatory policies against churches and religious institutions.

The battle for religious freedom in the Golden State has reached a point we never thought possible. Just this week, a state judge issued a temporary restraining order to prevent a church in Thousand Oaks from gathering for indoor services, in spite of the church complying with safety guidelines and taking preventative measures to keep its congregants socially distanced.

Yes, the All-Out assault on religious freedom has reached a boiling point, with the courts now abusing their power to stop people of faith from congregating for a religious service!

In this edition, we’re taking a look at the latest attacks in a growing list of outrageous, unconstitutional violations against religious freedom happening from north to south all across the state of California.

Have YOU OR YOUR CHURCH been affected by COVID-19 and recent government orders and restrictions?

Make First Liberty your “First Call” to request LEGAL ASSISTANCE if you believe there’s been a violation of your constitutional rights.

Hotspot of Hostility: California Officials’ All Out Assault on Religious Freedom

Let’s recall that just a few weeks ago, Governor Newsom imposed an outrageous policy that prohibits singing in church. Nowhere in the Constitution do we find the power of government officials to tell churches and people of faith how they can worship, including whether or not they can lift up their voices in song. Yet, the governor somehow found, discovered or invented this power for himself.

His blatant discrimination is also clear from the fact that his order limited the size of indoor religious gatherings to no more than 100 people, yet he showed public support for people gathering in much higher numbers for mass protests.

Because of California’s crackdown on religious freedom, pastors and faith leaders across the state are joining forces to fight for their constitutional right to freely and safely live out their faith.

Below, our team of experts compiled a list of the multiple incidents and the All Out assault against religious freedom that’s unfolding California, as well as how communities of faith are responding and fighting to reclaim their liberties:

The Battle for Religious Freedom in California

Across the Golden State, state and local officials are abusing their power and attacking houses of worship by implementing policies that violate the Constitution. In response, faith leaders and pastors are standing strong to fight back against this blatant hostility and discrimination.

There’s no pandemic exception to the Constitution. Government banning singing and worship in church is unconstitutional, plain and simple. The First Amendment protects the right of all Americans to live out their faith without the government telling them how and where to do it.

Now, more than ever, we need YOU to go All In with First Liberty to stop to the All Out assault on faith and religious freedom. In the face of the unashamed and unfair bias against churches and religious institutions, people of faith must strand strong together, right now…or we’ll surely lose our nation’s constitutional system.

Will YOU join First Liberty in this critical fight for our First Freedom? 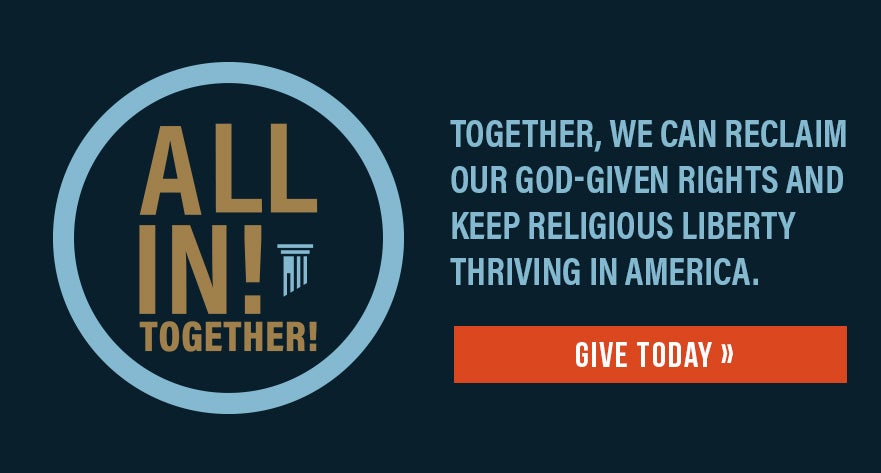