In His Own Words: How Navy Chaplain Wes Modder Continues to Live Out His Faith After Military Service 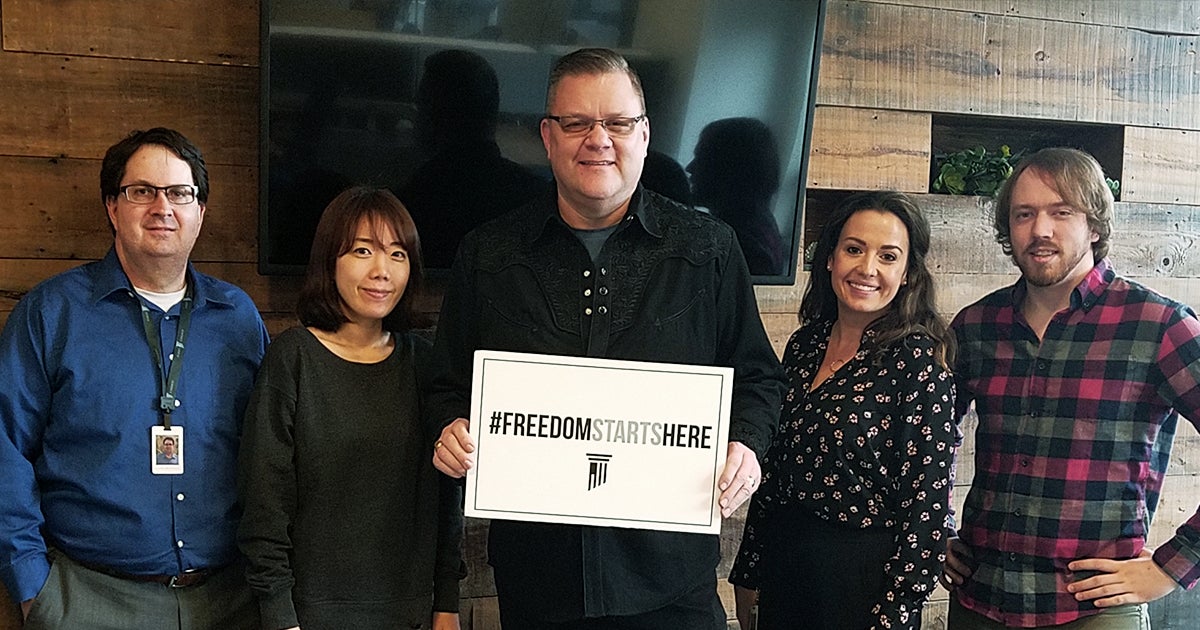 In 2014, Navy Chaplain Wes Modder had served his country for 19 years, including as a Marine in the Gulf War and as a force chaplain with U.S. Navy SEAL Team Six.

Despite being highly decorated with an exemplary record, he was threatened with detachment for cause, removal from the promotion list, and a Board of Inquiry — in other words, being forced out of the military.

Why? Because he answered questions about his church’s beliefs on marriage and sexuality during private counseling sessions.

First Liberty Institute stepped in with a defense that led to a big victory for Chaplain Modder – in the end he was completely exonerated of all accusations. The next year, he retired honorably after more than 20 years of military service.

We recently sat down with Chaplain Modder to talk about his military service, what life is like following his victory, and his forthcoming book.

Q: How did you become a military Chaplain?

After I got out of the Marines I went to Bible college full time. In the process, I literally failed my way into the Navy. I called into Washington, D.C. at the Navy Annex and disqualified myself for service at the direction of my church leadership, not once but twice.

The Navy said, “We have never had anyone try to disqualify themselves, but the Navy Chief of Chaplains would still like to meet with you.” So I did. And I completed my degree while I was on active duty.

A lot of times God uses our weaknesses and our failures to bring about his plan. Little did I realize that God was preparing me in 2000 for what I did in the Navy in 2014, when the Navy asked me to betray my Creator. And that was something I couldn’t do. But God had prepared me 14 years prior to go through what I went through in 2014.

Q: What moments in your military service caused a shift in your faith and life?

My service with SEAL Team Six. I wasn’t planning on serving in that capacity. My name was floated to the Navy Special Warfare Command because I was a former Marine with combat experience.

That was when Osama bin Laden was killed, and it was when the Somali pirates captured Captain Phillips; I was serving on the Navy Special Warfare Command as the force chaplain. I feel very privileged and very honored to have served my country with the Navy SEALs. Just going into harm’s way to provide service and care for those guys was pivotal. It changed me.

This year, I’m going to come out with my book called Freedom to Stand. I will be talking about that pivotal moment in that season on that tour.

Q: What was the best part about serving as a chaplain?

It would have been to accurately portray who Jesus Christ is, [and] bringing servicemen and women hope. To watch people experience who God is, even in the most difficult places in the world, in the most ugly places you can imagine — you can bring hope, and light to the darkness — it’s the most rewarding thing I will ever do in my life.

Q: Can you describe that moment you found out you had been exonerated?

I remember it like it was yesterday. I was in front of my commanding officer and the executive officer in my summer service white uniform. I thought I was going to the brig. They had me sit down, and they slid a folder over to me, and they said, would you please open that, Chaplain Modder, and read? Time stopped. And I opened the folder and looked at it. I was completely exonerated. Completely.

What does a day in the life of retired Wes Modder look like?

Tell us more about the book you’re working on.

Q: What would you tell a young person who is pursuing military chaplaincy, knowing first-hand what it’s like to be attacked for your faith?

Just be humble, be excellent in everything you do, and do the very best you can do, reaching young military men and women. They’re never going to come to the church you attend. But you’re in their space, you’re on their ship, you’re in a battlefield, you’re bringing comfort to people who are serving our country.

George Washington said, “I need an army and I need a Chaplain Corps.” Chaplains are attacked. There are some people who just want to get rid of the Chaplain Corps. They need your prayers.

Q: Do you ever think about what life would be like had your rights as a military chaplain not been upheld in 2015?

Learn more about Chaplain Wes Modder and the legal victory that saved his outstanding military career.