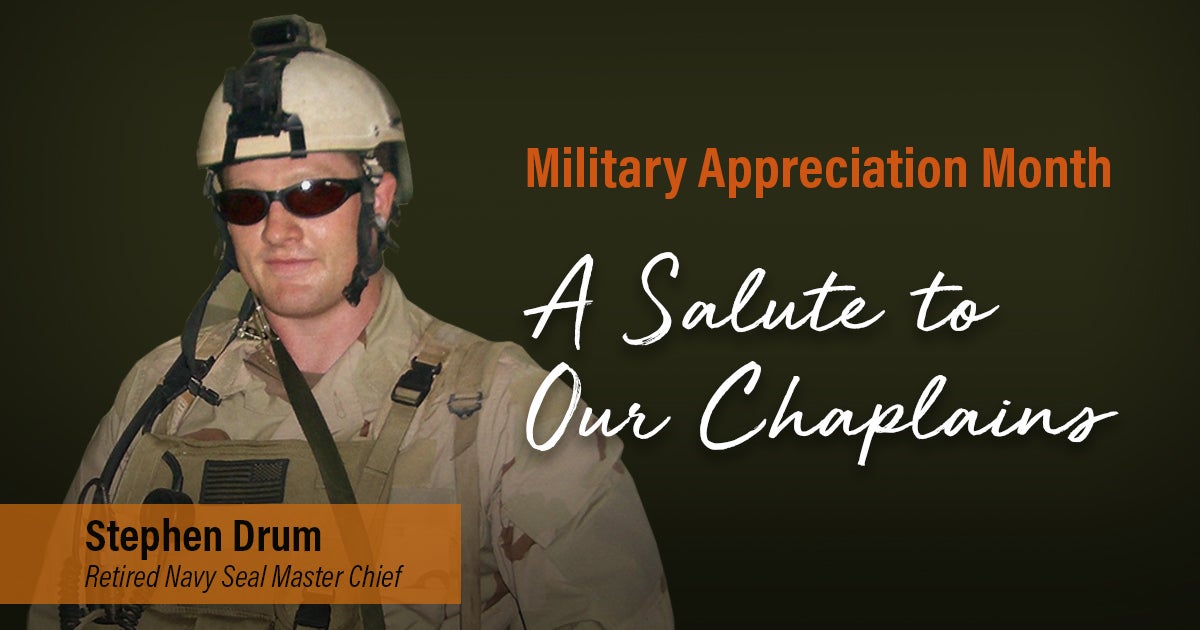 I found myself one hot summer day in a bad area of Baghdad as sniper team-leader for an overwatch mission. Our team cleared a roof top and took up positions in order to safely cover a friendly element that was clearing an objective just down the street from our position.

No sooner had I sat down on a pile of sand bags and readied my SR-25 sniper rifle, when several rounds snapped past me, missing my head by inches and smacking into the wall behind me. Within seconds we began taking heavy automatic weapons fire from several different directions. I stowed my SR-25 and began returning fire with my M-4 rifle. I was barely through half of a magazine, when I hear my team mate yell; “grenade!”

He dives past me and I see the dark-colored grenade just feet from where I’m still sitting on my pile of sandbags. I have just enough time to turn my head and brace myself.

Boom! The grenade goes off and I’m rocked. I waited for the inevitable pain to set in, patting myself down, feeling for holes and blood. But, I felt nothing!

Between the enemy rounds narrowly missing me and the grenade leaving me unscathed, I was extremely lucky…or was it something else?

We fought our way off of that rooftop and lived to fight another day. When we arrived back at the forward operating base where we were staying, I happened to run into the base chaplain.  He had heard about the operation and invited me into his office to talk. During our discussion, he mentioned that God may have indeed held greater plans for me and chose to spare my life that day.

When you go All In with First Liberty we can make a lasting impact to preserve religious freedom in the U.S. military.

Give to Support America’s Men and Women in Uniform Today

In my 27 years of service, I have had many different interactions with military chaplains. They have prayed with me over fallen friends or before dangerous operations. They have performed services in remote locations. Above all, they provided comfort in difficult times.

In the fall of 2017, I was approached by my leadership and asked to be a part of developing a new program that would make the Navy’s sailors and officers tougher. Navy leadership was concerned that its sailors had become too removed from the Navy warfighters that had fought and won great naval battles against the Empire of Japan.

The Navy realized that there is the very real possibility that our sailor could face open-seas naval combat with peer and near-peer competitors, not seen since World War II. We needed a comprehensive and holistic approach in making our sailors tougher. The Navy needed sailors that could take a hit and keep going, could perform under pressure and could deal with the day in, day out grind of a long deployment.

I was paired up with a Navy psychologist and chaplain and we set about creating the Navy’s Warrior Toughness Program based on the Body, Mind, Soul approach. As a SEAL, I was the “warrior” member of the team, and it was my responsibility to bring my combat and training experience and relate it to those we were teaching.

The psychologist brought mental skills and techniques used by elite athletes and military special operations forces and paired them with mindfulness and meditation techniques. The Chaplain owned the “soul” portion of the curriculum, teaching spiritual toughness and character development.

Many people outside of the military do not realize that chaplains don’t exist just for providing religious services and support. Military chaplains are instrumental in driving spiritual toughness, both in those of faith and those who are not religious as well.

It is vital that our war-fighters are mentally and physically tough. This is intuitive to most. What is equally important is spiritual toughness. Spiritual toughness is the strength and depth of character, necessary to maintain faithfulness to one’s commitments, beliefs, and values on a daily basis and in the face of adversity.

We need tough and skilled men and women that can take the fight the enemy but it is imperative that they be men and women of character. They must be fully committed and make sound moral and ethical decisions in very difficult situations. Military chaplains are vital in shaping the character of our fighting men and women. For that reason, we must support them and their constitutional right to exercise their religious beliefs.

Those who serve in the military need to be strong in body, mind and soul to face the challenges on the battlefield, as well as the adversity life often brings. When the tough times come, and they always do, military chaplains help many of our service members lean into their faith and their relationships. They are a critical part of our armed forces, providing the source of strength to keep America’s military warriors spiritually tough.

* Stephen Drum is a combat-tested Navy SEAL senior enlisted leader with 27 years of leading and developing high-performance teams. He trained and led U.S. and foreign partner special operations forces on high-risk and strategically vital missions across the globe, including combat operations in Iraq and Afghanistan.

Stephen recently co-developed and taught “Warrior Toughness” training for The U.S. Navy. This vital program fundamentally changed the culture of the Navy in how it trains and prepares young sailors and officers for the acute stress of intense combat operations.

As a speaker and consultant, he helps individuals and organizations such as CDW, Horizon Therapeutics, Assertio, and 9 Energy, develop resilient and high-performing leaders and teams.

Learn more about Stephen Drum by visiting his website.