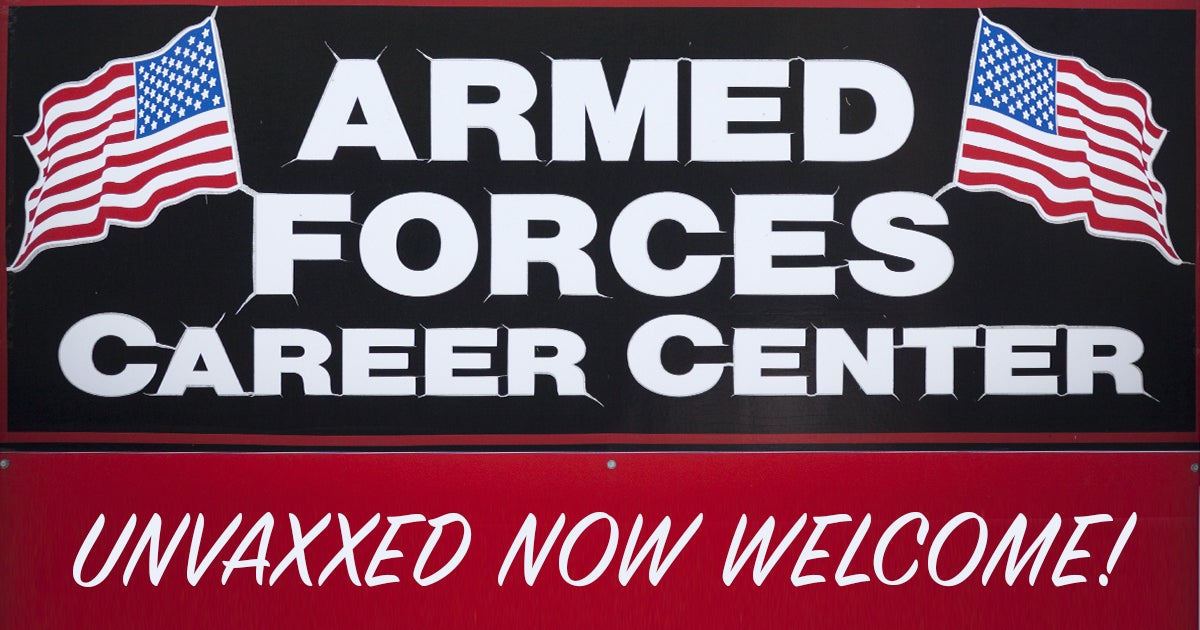 This week, Congress voted to repeal the military vaccine mandate. But the legislation does not undo the harm already done to so many.

House and Senate lawmakers passed a compromise defense authorization bill which would boost the military budget and rescind the mandate for service members. The National Defense Authorization Act (NDAA) would give the Pentagon 30 days to “rescind the mandate that members of the Armed Forces be vaccinated against COVID-19.”

It’s unclear at this point whether President Joe Biden would sign or veto the legislation. White House Press Secretary Karine Jeanne-Pierre said at a recent news conference that President Biden was initially open to considering the mandate’s removal. However, after Defense Secretary Lloyd Austin expressed his opposition to the removal, the President appeared to have changed his mind.

When asked specifically whether the President would sign the NDAA if the mandate repeal stayed in the final legislation, National Security Council spokesperson John Kirby responded:

“We continue to believe that repealing the vaccine mandate is a mistake. Making sure our troops are ready to defend this country and prepared to do so remains the President’s priority and the vaccine requirement for COVID does just that.”

Repealing the mandate will be a positive first step towards helping First Liberty’s Navy and Air Force clients in our twin class-action suits—affecting thousands who’ve faced mistreatment, discrimination and even career-ending punishment, simply because they requested religious accommodations.

For well over a year, the Biden administration and the Pentagon have pursued a punitive and vindictive approach toward service members who have religious objections and want to serve in a manner consistent with their beliefs. First Liberty President, CEO and Chief Counsel Kelly Shackelford said:

“We’re pleased that Congress finally acted to protect our brave warriors before more damage is done to them and our national security. The President and the Secretary of Defense owe our troops an apology for the religious hostility they’ve endured. If our nation and our military are to remain the greatest on earth, service members of faith must be treated with dignity, tolerance, and respect, not forced to choose between their faith and serving their country.”

In its current form, the bill would not undo the harm done to all affected service members. It does not include any language saying that it will reinstate service members who were dismissed from duty or had their benefits slashed. The Military Times reports that “so far this year, more than 8,000 active-duty service members have been dismissed from the ranks for refusing the vaccine.”

Mike Berry, Director of Military Affairs at First Liberty, explains that our military faces serious problems with regards to religious discrimination. He warns that service members of faith could still be targeted:

“This action is a positive, commendable first step, but it does not resolve the ongoing religious discrimination in the military. Both the President and the Pentagon are on record as opposing this bill, so no doubt they will continue to attempt to punish the troops who have religious objections to the vaccine. That makes our legal defense of service members as important now as ever.”

First Liberty is the tip of the spear when it comes to religious liberty in the armed forces. We won the first injunction stopping the Department of Defense from punishing religious service members. That win has helped paved the way for multiple victories protecting thousands of service members across several branches. But there’s still a lot of work to be done, especially as we continue to fight our federal court cases on behalf of thousands of our military heroes.

In February, First Liberty is scheduled to argue our Navy SEALs case at the Fifth U.S. Circuit Court of Appeals. Additionally, we’re also representing Air Force service members in federal court who are facing discrimination because of their religious beliefs. The outcome of both cases will impact thousands of our men and women in uniform who want to serve in a manner that’s consistent with their faith.

Our Navy SEAL, Navy and Air Force clients still need our ongoing support. Every one of them is counting on us, along with their families. Giving to First Liberty today can make all the difference. With your continued support, we’ll keep fighting for the brave heroes who make incredible sacrifices to protect our freedoms.