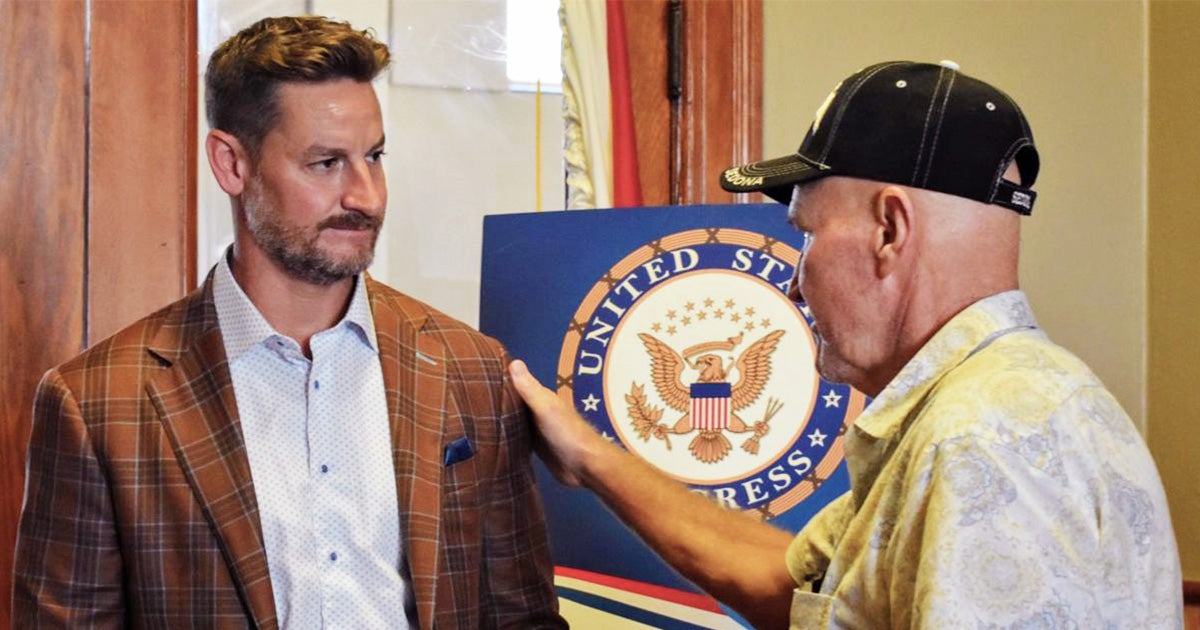 As First Liberty continues to lead the fight to reclaim religious liberty for our client, Shields of Strength, we’re happy to report that U.S. Representative Gregory Steube (R-FL) has also joined the effort to help ensure America’s military service members can find strength in their faith.

Rep. Steube, along with five other members of Congress, recently introduced a bill that would allow lawful trademark licensees of military products to include Bible verses and other religious references on commercial replica dog tags, such as the ones Shields of Strength has produced and graciously distributed to thousands of service members for over 20 years.

Commenting on the recent actions of various military branches that have prohibited Shields of Strength from making the tags, Rep. Steube stated:

First Liberty’s General Counsel, Mike Berry, commended the proposed legislation as a formidable step to remove obstacles that would deny our men and women in uniform access to Shields of Strength and other inspirational faith-based items. If signed into law, the bill will explicitly authorize the sale of religiously themed dog tags and, according to Mr. Berry, “would effectively end the controversy and solve this problem once and for all.”

Supporters of religious liberty should be encouraged about the positive impact this legislation could have not just for religious business-owners like Kenny Vaughan of Shields of Strength, but also for the religious freedom of thousands of military heroes for whom faith remains a core part of why they serve.

Sadly, in their All Out radicalism to extinguish religious expression from the military, activist groups like the Military Religious Freedom Foundation (MRFF) are claiming Rep. Steube’s proposed law is equivalent to “treason.” In the words of MRFF’s President, protecting soldiers’ religious dog tags is “the best example of a domestic enemy that I’ve seen recently.”

Typical of the MRFF, they are making a wild accusation the bill is part of a fundamentalist religious plot to force soldiers to conform to Christianity. But these claims are an unfounded and deliberate distortion of the facts. As the main legislative sponsor, Rep. Steube publicly clarified the use of dog tags with religious references is completely optional for service members.

What’s actually treacherous is directing such a barefaced and brazen accusation of treason against a U.S. Congressman. This is indeed a horrid insult, especially when you consider the fact that Rep. Steube is a U.S. Army veteran who served from 2004 to 2008 and was deployed to the Middle East during Operation Iraqi Freedom.

It seems the MRFF conveniently chose to ignore or downplay the Congressman’s own personal story about the role faith played during his military service. Rep. Steube recalls holding on to a customized dog tag engraved with a cross when he was serving overseas:

“When I deployed to Iraq, I took great comfort in my faith in God and my savior Jesus Christ, and I carried scripture and a cross my father had given me on my dog tags. Being able to carry something like that when you can’t always carry pictures and memorabilia and things like that on a mission, I think is very important to service members.”

Additionally, the Congressman acknowledged that he isn’t the only one who’s relied on his religious beliefs as a source of encouragement. Steube notes, “I know of many Gold Star families who have been comforted by the religious insignia or scripture on their loved one’s dog tags, knowing that those fallen service members carried that with them everywhere they went.”

Joining Rep. Steube in this critical effort are thousands of loyal First Liberty followers. Across the country, patriots like you are making your voice heard and raising a battle cry in support of religious freedom for members of our armed forces. Displayed below are several comments showing how you are standing strong: 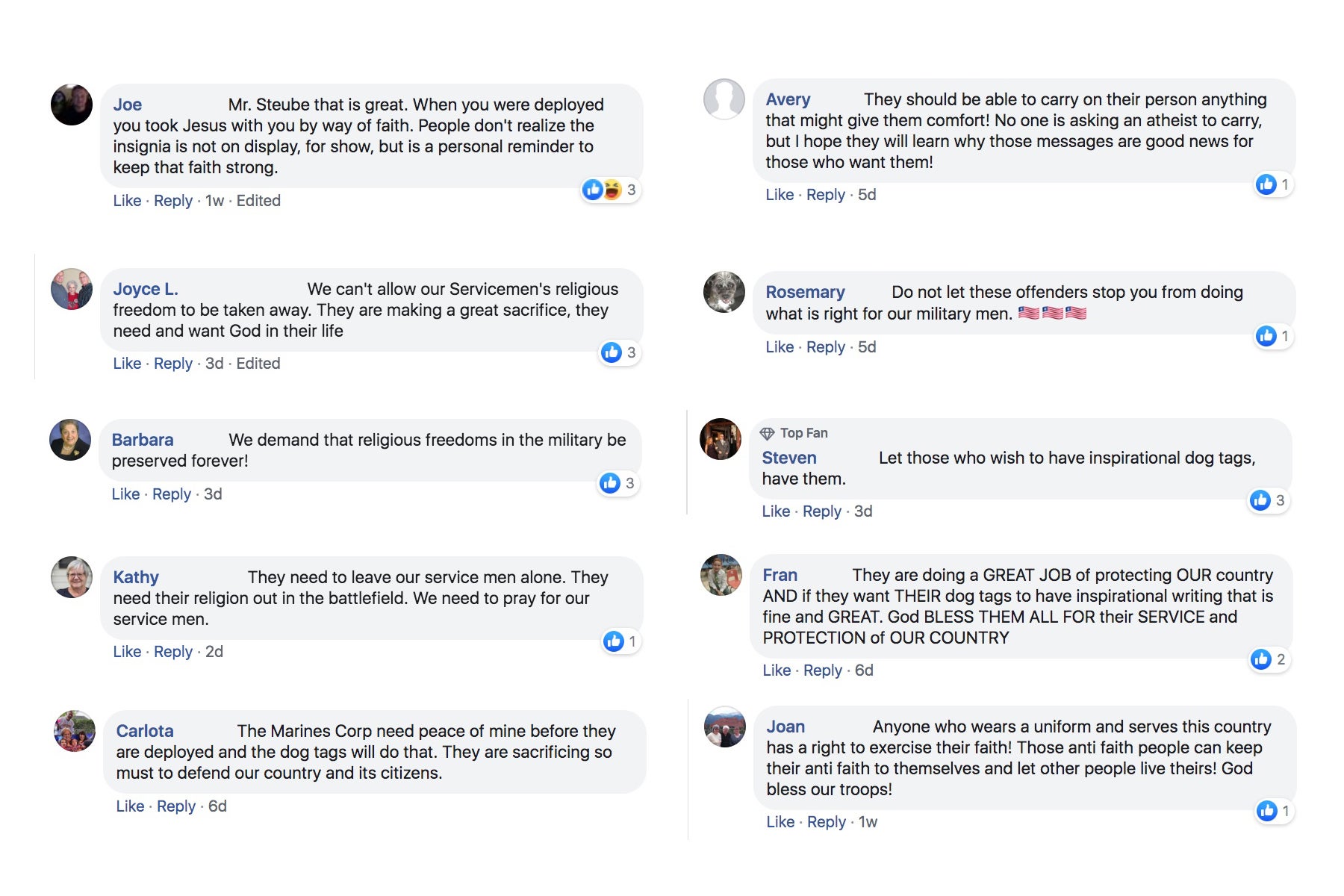 Like you, First Liberty is ever thankful to the men and women currently serving in the active duty force, as well as the millions of veterans who’ve served our country in the past. Many of them had to fight in some of the most difficult and gruesome battles in history, and some even had to endure being captured or tortured in the hands of the enemy.

It is harsh and unkind that some would pursue a radical agenda that takes away the freedom of our service members, veterans and their families to wear inspirational jewelry just because it has a religious message.

That’s why our legal team is always ready to stand up to radical, anti-faith groups and to reclaim the rights of our men and women in uniform—especially their God-given freedom to live out their faith.