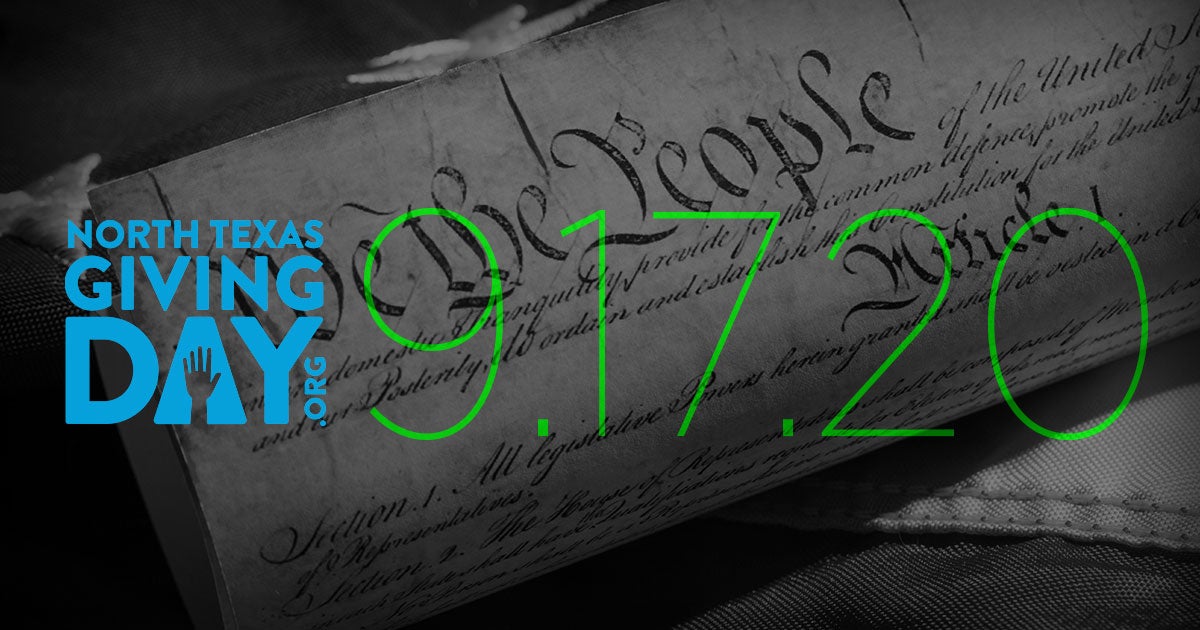 On September 17, 1787, a handful of brave patriots gathered and signed what became the most remarkable document in our nation’s history: The U.S. Constitution.

America’s Founders expected us as citizens to be the first guardians of our Constitution and our own liberty. And as we face an All Out assault on our fundamental rights, we must be willing to protect our nation’s founding document, otherwise, this document won’t be able to protect us.

As a reminder of why the Constitution is so important, First Liberty’s Director of Public Affairs, Lathan Watts, breaks down the freedoms found in this document and how we can stand strong together to defend it:

Thanks to a $100,000 Challenge Grant graciously provided by one of our supporters, your gift today can have twice the financial impact.  Additionally, those behind North Texas Giving Day give extra money to each group out of a Bonus Pool—so the more you give, the greater impact you’ll have.