Coach Joe Kennedy: How 20 Years in the Marine Corps Gave Him the Courage to Kneel 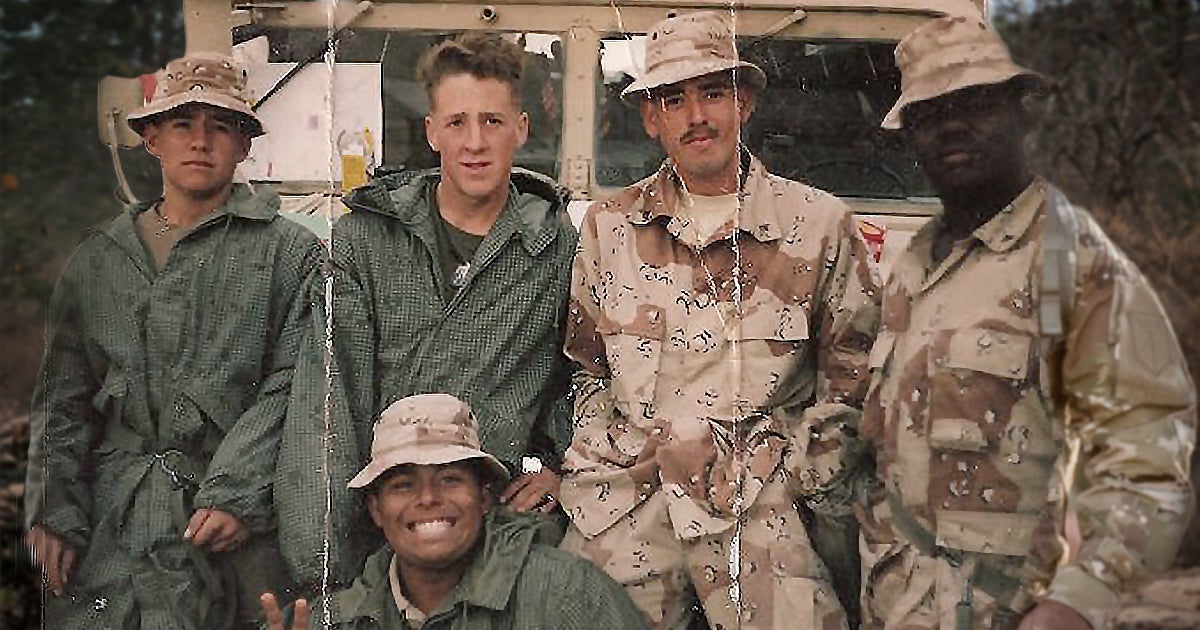 If you’ve heard us talk about Coach Joe Kennedy, it’s very likely you picture him taking a knee on the football field.

A school district in Washington state fired Coach Kennedy from his job as a football coach because he knelt on the field for a brief, private prayer after each game.

But what you may not know is that before coaching football, Coach Joe served 20 years in the U.S. Marine Corps, defending your rights and freedoms under the U.S. Constitution.

In this exclusive interview, we sat down with Coach Joe to learn more about his military service and how his time in the Marine Corps impacted his personal life as well as his coaching career.

Q: At what age did you join the military?

I actually started out in the Army National Guard at age 17. At that time my parents wouldn’t sign for me to go in the military because they thought that I would just be going in there to die. So when I was 18, right after graduating high school I joined the Marines.

Q: Why did you make the decision to join the Marines?

A number of things. I had an uncle who’d served in the military. And he was one of my role models growing up. He was a “man’s man,” the John Wayne type. He was a big guy with a booming voice. I really looked up to him and wanted to be like him.

As a kid I was always told that I wasn’t going to amount to anything, or that I’d end up in jail, or not contribute anything to society. And I needed discipline. I needed to find my way in life. So I joined because I wanted to see what I was capable of. I wanted to push myself to the limit and to be a part of something greater than myself.

Q: How long were you in the Marine Corps? And were you ever deployed to active combat?

I served 20 years in the Marines and deployed overseas quite a few times to different places. I spent time deployed to other countries and I did the South East tour for Operation Desert Shield and Desert Storm where I saw some active combat.

Tell us about an experience from your military service or deployment that had a life-changing impact on you.

When I left the US and went into some of those other countries the first thing that hit me was to see people who really deal with oppression of the government. They have no rights. Many of them live in really tough conditions and are just trying to survive.

That was a huge eye-opener for me. It gave me a sense of appreciation for what our country stands for and the freedoms that we have here. And it made me realize that a lot of the time we do take a lot of our freedoms and rights for granted.

Q: Did you lose any fellow Marines in your unit while serving?

Yes, I had Marines pass away throughout my 20 years in. But part of serving is knowing that some will live and some will die. You know going in that there will be some who will make the ultimate sacrifice. When you’re in combat, you’re in a different mindset. We were built and bred to win wars.

But what had the most impact on me was returning home. Many of my brothers and sisters are still fighting in Afghanistan and Iraq. It was hard because my job was not only to train my Marines, but pick which ones will deploy into the combat zones. When a Marine dies, it is Marines who take care of their families and give them final honors in a military funeral. I performed too many funeral details in my time and that took a toll on me.

Q: After serving in the military, what led you to coach football?

It wasn’t anything I planned. One day I was running, doing my usual training routine wearing a Bremerton football sweatshirt. And some guy asked me if I played football. I told him that I played some while in the Marines. When I told him that I was in the Corps, he told me I should get involved with the football program at the high school. He said that they needed someone like me who knew about leadership and developing teams.

Q: How did your experience in the military influence your approach as a coach?

Everything I did as a coach was based around team building and leadership. To me, these young guys weren’t just X’s and 0’s. I wanted to build young men who were disciplined. I held them accountable and gave them a lot of tough love. I wanted them to grow. Many of them would probably tell you I was the nicest, but at the same time, the scariest person they knew.

Q: As a veteran who fought to defend freedom, how did it feel when your religious liberty was attacked?

I couldn’t believe that after 20 years of serving and protecting the Constitution they would tell me that my rights didn’t matter because I was a public employee. And as a Marine, I knew I had to fight. I always told the young men whom I coached to stand up when adversity came their way. I had to be a leader to them and live up to what I said. So I wasn’t going to back down – and that comes from being a Marine.

Q: What would you say to those Americans who face attacks on their rights and freedoms today?

As a Marine, I’ve always stood up for what I believed in. And I believe and fought to defend the U.S. Constitution because I’m passionate about everybody’s rights. So I would say, be bold and take a stand. You don’t have to hide your faith. Your rights are your rights. It’s so important to stay in the fight, because if one of your First Amendment rights is taken away, then the others will fall also.

Go Coach Joe! Join thousands of Americans who are standing strong with Coach Kennedy and his right to live out his faith. Sign the letter of support today.