Court Packing Has Been Replaced by Court Purging 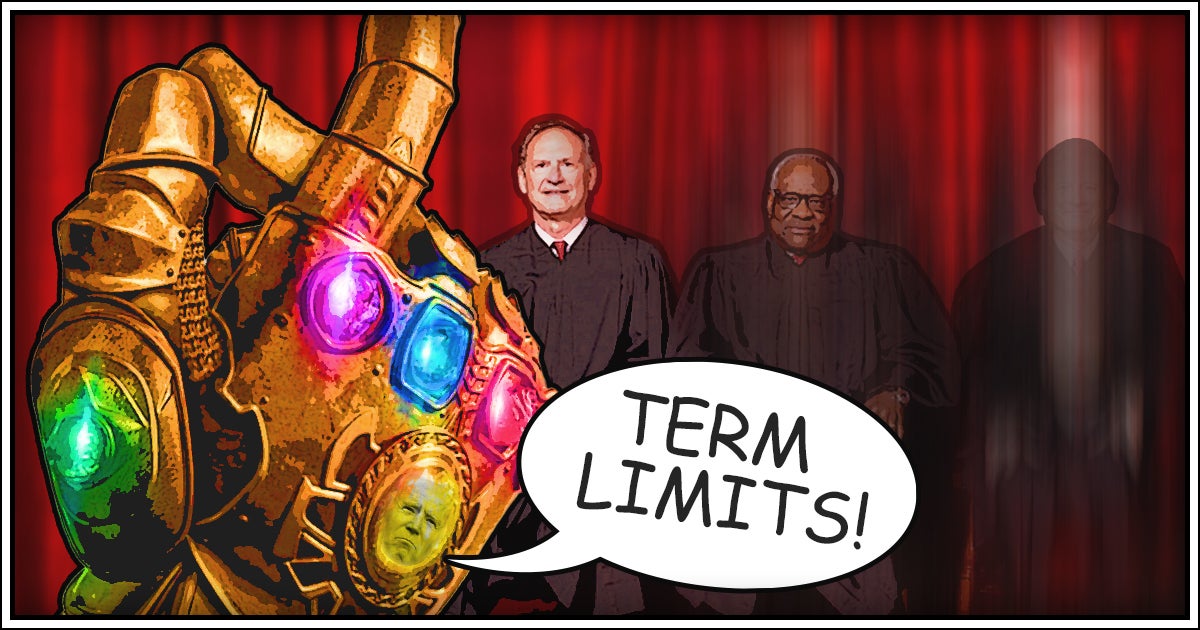 In their latest power-grab, radicals are pushing to purge the Supreme Court to make way for justices who will rubber-stamp their liberal agenda.

House Democrats recently introduced the Supreme Court Tenure Establishment and Retirement Modernization (TERM) Act, a measure that would impose term limits for Supreme Court justices. A similar bill was also introduced in the Senate. These dangerous proposals limit each justice’s tenure to 18 years and give President the power to elect a new justice every two years.

The original scheme was to pack the Court by adding four more seats. But an overwhelming majority of Americans (65%) expressed their opposition to court-packing. Now, radicals have changed their strategy into the more conniving “reform” to end lifetime tenure.

This legislation doesn’t mean radicals have tossed court-packing aside. Adding justices to the Supreme Court remains a very real and imminent danger. What this new bill demonstrates, however, is a thirst for more power.

Under these proposals, three of the Court’s conservative members—Justice Clarence Thomas, Chief Justice John Roberts and Justice Samuel Alito—would be the first to be canceled. It would give President Biden an opportunity to replace them with extreme, liberal appointees. In fact, this would mean Justice Clarence Thomas would be replaced as soon as next year. 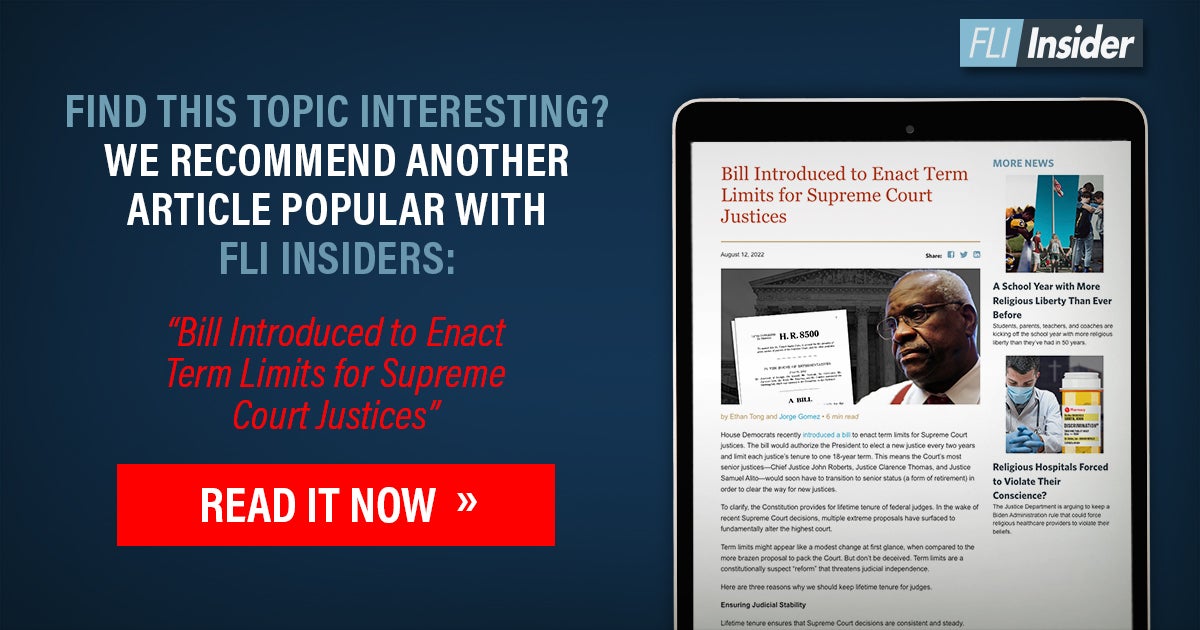 As First Liberty has discussed at length, President Biden’s record so far on judicial nominees is alarming. We need only to point to his selection for the most recent Supreme Court vacancy: Ketanji Brown Jackson. Our expert analysis of her record revealed multiple red flags suggesting she could be hostile to religious liberty and continue a career of liberal activism on the bench. In Justice Jackson, Americans got a radical jurist, someone whose ideology is far outside the mainstream.

Consider how quickly this would push the Supreme Court in the direction of the political left if an additional THREE seats are filled by nominees similar to Justice Jackson.

Replacing the three most senior members of the Supreme Court would give radicals exactly what they’re after: flipping the Court to a 6-3 liberal majority. And they wouldn’t have to wait a lifetime to achieve it. The prospect of a Supreme Court rigged to benefit the radical Left is a real possibility if the term limits bill becomes law.

Some argue that term limits are a modest change compared to packing the Supreme Court. But don’t be deceived. The term-limits bill is a brazen attempt to CANCEL justices. It is packing the Court, two years at a time.

This radical court “reform” scheme threatens America’s revered constitutional system. It would deliver a severe blow to the stability of the judiciary.

Getting rid of life tenure could reduce the wisdom judges obtain through age and experience. Think of some of the most influential justices throughout American history—such as Chief Justice John Marshall, Earl Warren or William Rehnquist to name just a few. These jurists handed down opinions that made an impact on the rule of law and the rights of millions across our country, because they served on the Court for decades.

Imposing a system of term limits would make it very difficult—or even impossible—to produce justices who have longstanding, distinguished careers and thereby, less opportunity for them to positively impact the law in the long-term.

The predictability and stability of the Court and its decisions would be greatly reduced if justices are replaced in droves. More turnover could lead to more frequent shifts in the interpretation of the law, or even short cycles in which major precedents are discarded only to be reinstated later. Lower courts would be unsure how the Supreme Court would rule and what precedent to follow. A constantly changing Supreme Court means a moving goalpost for everyone else. This leads to an eroding of the rule of law.

One thing is clear: the party in power wants to pass this term-limits bill to tilt the Court in its favor. Virtually the same group of representatives and senators who introduced these measures also co-sponsored previous legislation to add four seats to the Supreme Court.

Term limits may not add seats to the Supreme Court, but it’s still court-packing. It’s simply the Supreme Court Coup by a different name. This constitutionally suspect “reform” is dangerous and would bring chaos to our country. It would destroy judicial independence, turn judges into an extension of the party in power, endanger our freedoms and bring America one step closer to tyranny.

Americans need to expose the lies and share the truth. More than 500,000 Americans have already joined the fight to defend the priceless heritage of the Supreme Court.

We need 1 MILLION patriots to join our coalition and send this critical message: NO to court packing, NO to judicial term limits and NO to the Supreme Court Coup.