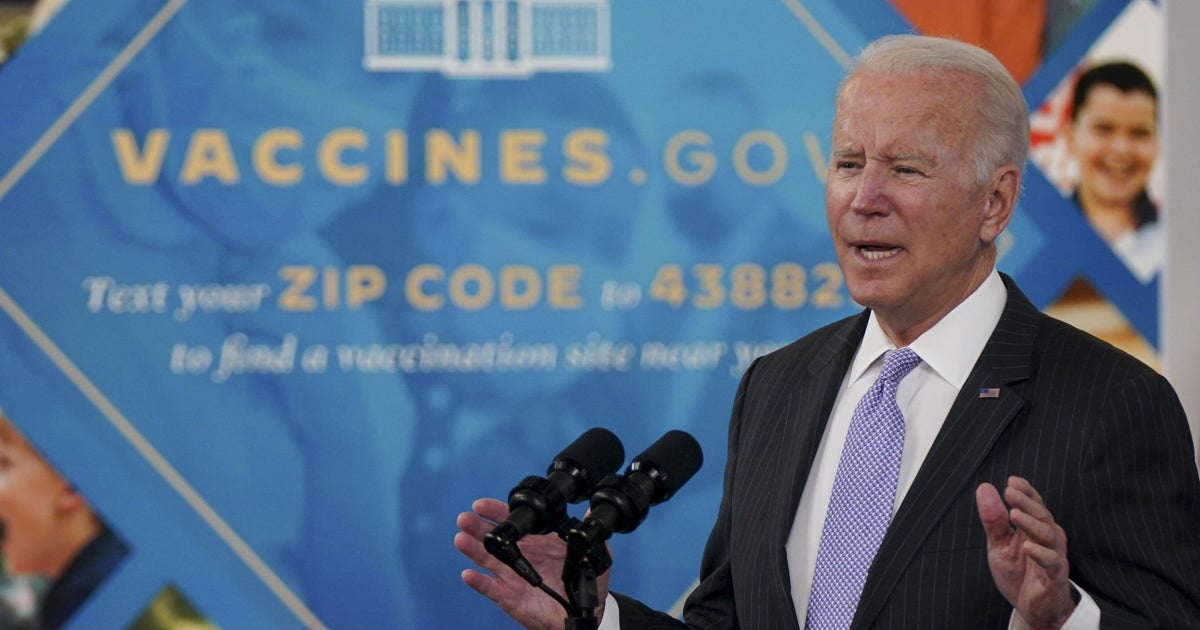 The Biden administration recently put in place a federal vaccine mandate on businesses with 100 or more employees. Companies, including religious organizations and faith-based businesses, will have to require their staff to receive the COVID-19 vaccine or undergo weekly testing—a rule that could threaten religious liberty in the workplace.

The policy was met with a wave of legal challenges nationwide, including First Liberty filing lawsuits on behalf of three prominent national religious organizations—Daystar Television Network, American Family Association and Answers in Genesis—asking two federal appellate courts to review the rule. In the lawsuit, our legal team explains that our clients cannot in good conscience force their employees to violate their religious beliefs and convictions regarding vaccines.

Recently, the U.S. Court of Appeals for the Fifth Circuit issued a stay for our clients, ordering the vaccine and testing requirements halted pending review “because the petitions give cause to believe there are grave statutory and constitutional issues with the Mandate.”

“We don’t live in a dictatorship where a President can issue an edict and take over all of the large companies in our nation and the lives of over 84 million Americans,” said Kelly Shackelford, President, CEO and Chief Counsel for First Liberty Institute.  “The mandate is massively unconstitutional and violates statutory law as well.  We’re pleased that the Fifth Circuit has stopped it from being implemented.”

For millions of Americans whose religious freedom could be at risk because of the mandate, the Fifth Circuit’s response is indeed positive—but it’s a temporary victory. This is just the beginning of this case.

Make no mistake: The fight to protect the constitutional liberties of Americans is far from over. While people can disagree over vaccines, no one should disagree over freedom and whether the government can force individuals with sincerely held religious beliefs to violate their faith and conscience.

Throughout the next few weeks—and possibly months—First Liberty’s legal team will be leading the charge on this legal battlefront, fighting in the courtroom to ensure government bureaucrats don’t force American workers to violate their conscience and religious beliefs. 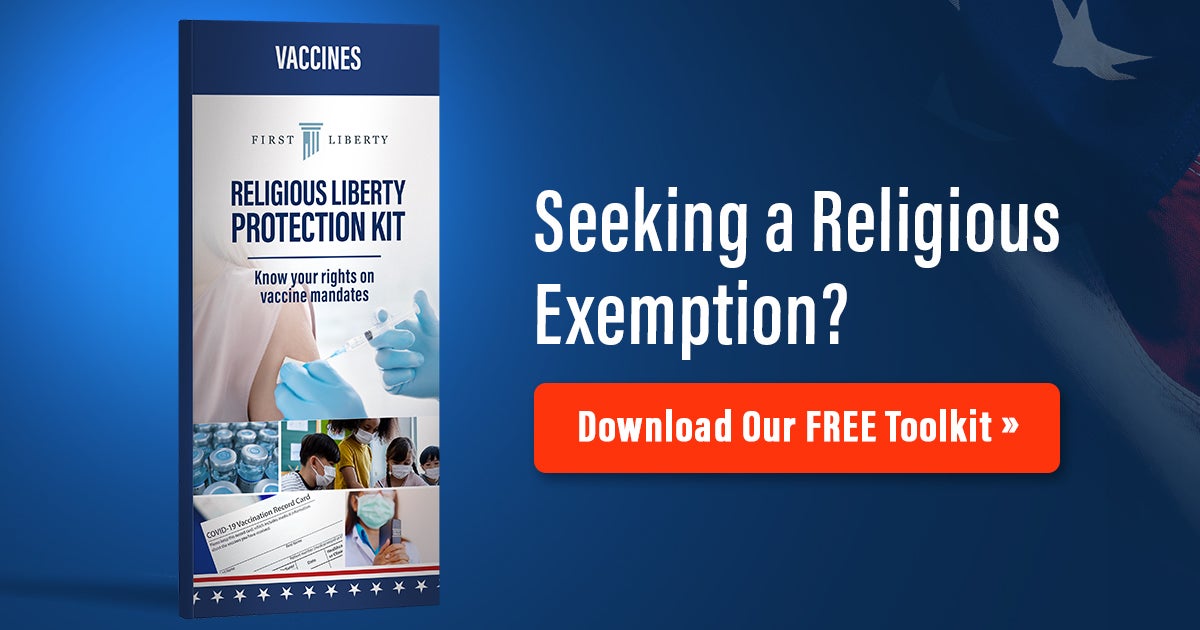 As recently as July, the Biden administration stated that a national vaccine mandate is not the role of the federal government. But it appears the administration cares more about appeasing its political base instead of protecting the freedoms, rights and livelihoods of hard-working Americans.

Despite its previous statement, the President mobilized the U.S. Department of Labor’s Occupational Safety and Health Administration (OSHA) to impose this burdensome and unlawful requirement, which will directly impact more than eighty (80) million American workers, according to White House estimates.

What’s more, businesses would be required to give workers paid time off to get the vaccine or recover from any side effects. Businesses and organizations that don’t comply could be punished with fines up to $14,000—for each violation.

Bottom line, the imposition of the OSHA rule is the latest example of the current administration showing disdain for the Constitution and the sincerely held religious beliefs of millions of Americans.

Although vaccinations have become a politicized and divisive issue today, our nation has a long history of respect for religious citizens seeking exemptions from vaccination.

Another thing is also clear: The Constitution prevents the federal government from coercing a religious organization into violating the deeply held beliefs of its employees

Not only does it violate the Constitution, but the Biden administration’s rule is also unlawful, because Congress has never given OSHA the authority to impose a mandatory vaccination requirement.

OSHA appears to claim authority to impose this rule under the auspices of guarding workplace safety in the case of an “emergency.” But as many houses of worship and religious people witnessed during the height of the COVID pandemic, government officials repeatedly used the health “crisis” as an excuse to trample on the religious freedom of millions of Americans.

OSHA’s rule is blatant government overreach. The U.S. Supreme Court has already made clear the government is not free to disregard the First Amendment protection of religious liberty in times of crisis.

Government officials and bureaucrats must stop paying lip service to religious freedom. They should instead respect the rights of America’s workers. Forcing them to violate their religious beliefs is not only vindictive, but also unconstitutional and illegal.

In the wake of this draconian action by the Biden administration, we need YOUR SUPPORT like never before. It’s because of your generous gifts that First Liberty continues to be the greatest hope for victory for people of faith, including the millions of hard-working Americans employed at faith-based businesses and charities, who contribute so much to make our country a better place.

Will you join First Liberty on the frontlines to stop these violations of your constitutional rights? Please consider making a timely donation today to help deliver a victory for you and millions of Americans.