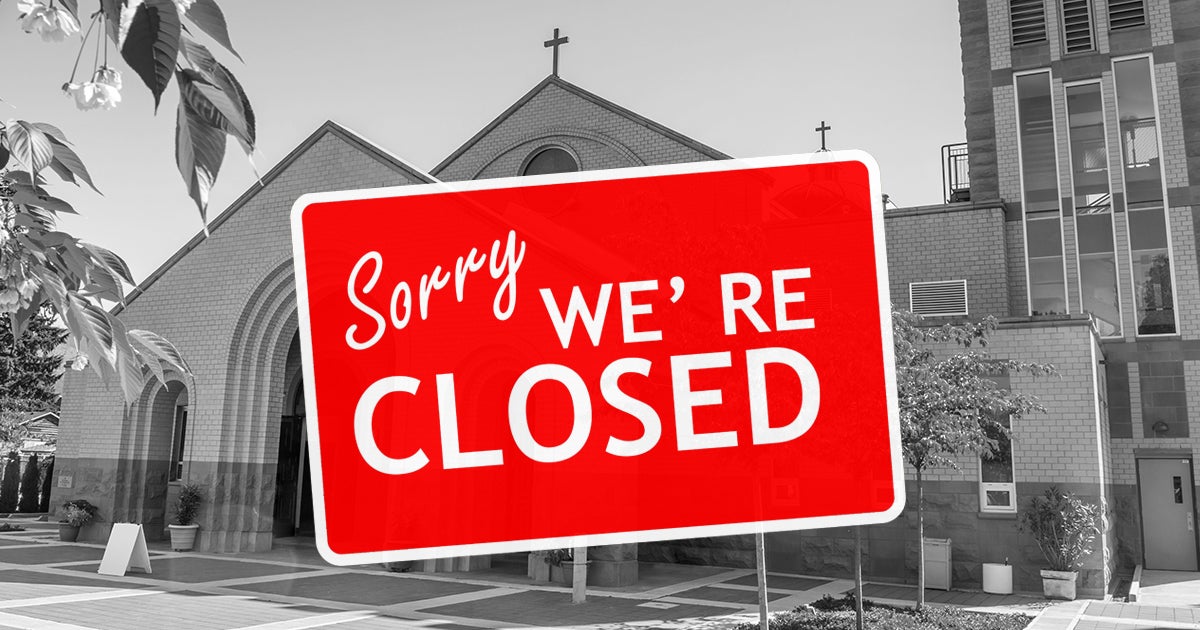 In the face of a newly emerging and unseen enemy like the coronavirus, state and local governments are restricting some of our freedoms, including how many people can gather in churches and be present in other faith-based organizations.

If you think there’s no possible way religious freedom violations could surge at a time like this, let’s just take a moment to scan the headlines from recent weeks. Increasingly, we’re finding examples of enemies of religious liberty who are politicizing the pandemic to stomp on our First Freedom.

Has your house of worship been affected by COVID-19 and recent government orders?

First Liberty has resources and critical information available to support you.

A recent headline in The Atlantic reads “Close the Churches,” and the article goes on to argue that state and local shutdown orders shouldn’t exempt religious gatherings, and that religious communities must comply.

The headline alone is alarming. As you read further, the article essentially says houses of worship have the capability to adapt to crises and that they have historically been able to worship under dire circumstances, even in times of limited freedom.

That’s true. But what we don’t hear the writers of the article—as well as many other critics of churches and religious groups—is that state limitations on worship gatherings must be temporary. No, instead they just give the state blanket discretion to determine when the full liberty to gather will be restored.

“Close the churches” needs to be followed by an unequivocal, “for now.”

Unless there’s an expiration date, it won’t be long until restrictions on houses of worship could turn harsher and more coercive.

Additionally, a little over a week ago, Virginia Governor Ralph Northam issued an executive order making it a criminal offense to attend church services of more than 10 people, a misdemeanor punishable by up to a year in jail or a fine of $2,500.

This is an unprecedented violation of our constitutional freedoms.

Unlike other states and local governments where similar shutdown orders have been issued, places of worship—of any faith—have not been labeled as essential in Virginia. And because they are not deemed essential, they are forced to comply with the mandate or face the penalty of law.

Another local example of government taking discriminatory action against religious institutions happened in the city of McKinney, TX.

First Liberty attorneys had to intervene by sending a letter urging city officials to alter mandatory stay-at-home orders to apply equally to churches, as the original orders set limitations on houses of worship that did not apply equally to businesses and other entities.

Thankfully, because of our legal team’s swift action, McKinney officials modified the mandatory stay-at-home order to allow religious services that are consistent with the guidelines set forth by the Center for Disease Control.

In the podcast below, you can listen to First Liberty attorneys Justin Butterfield and Jeremy Dys discuss in more length other examples of state and local governments restricting religious gatherings and our response to them:

As First Liberty has explained before, the state has an opportunity to work with religious institutions during this crisis, meaning it ought to politely seek the temporary and voluntary cooperation of churches with health-related restrictions. Forceful actions like threatening jail time for people of faith, or singling out churches through discriminatory policies only instills more fear and worry in our religious communities.

People of faith must be vigilant, especially when we’re already seeing state and local governments taking on increasingly forceful measures that could become a permanent trampling of their God-given rights.

No religious freedom violation would be complete without an attack from the deceptively-named Military Religious Freedom Foundation (MRFF). This time, they’re using the COVID-19 crisis to put chaplains in the crosshairs.

MRFF claims Navy and Air Force chaplains providing religious services at this time are neglecting military guidance to curb the spread of the disease. They argue for a “centralized” and full-scale suspension of all in-person worship gatherings.

But they’re not portraying the situation accurately. Spokespeople for both branches clarified that small religious gatherings (of less than 10 people) are rarely taking place on military bases. Chaplains are commanded to assess the risk if they choose to offer one-on-one services, and to opt for video chat when possible.

Here, the deliberate twisting of words and misinterpretation of the guidelines led to an attack on religious freedom. What’s more, the MRFF offered no disclaimer saying that the suspension of chaplain or worship services would be temporary, or when the centralized command would restore chaplains’ right to conduct services.

Although the country is in the middle of a health crisis, it’s clear there are some who want to seize this as an opportunity to strip away the rights and liberties of people of faith, houses of worship and religious institutions.

Going All In to protect religious liberty is essential when a national crisis arises. Together, we must be vigilant about possible abuses and must continue defending, restoring and reclaiming our religious freedom right now, in this unique time.

After all, it’s during difficult seasons like this (when the state is already imposing limits on our freedoms) that anti-faith activists may become more emboldened to launch unremitting assaults on faith and religious freedom.