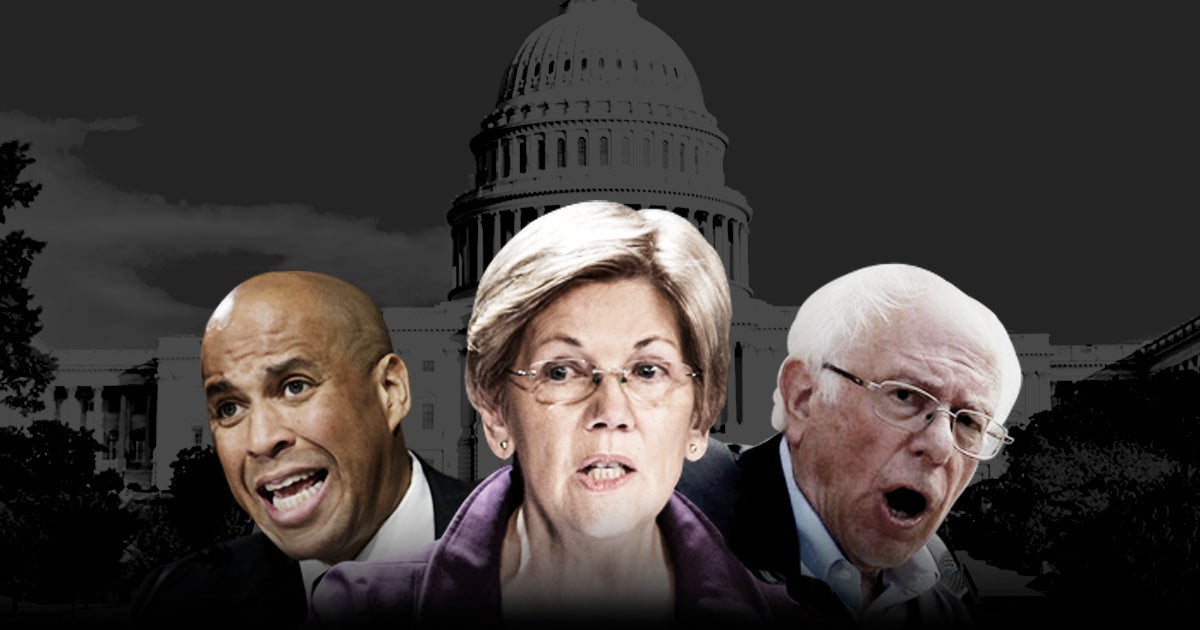 Senator Cory Booker (D-NJ)—joined by more than two dozen of his Democratic colleagues as co-sponsors—recently reintroduced the “Do No Harm” Act (DNHA), a bill they claim would help “restore the Religious Freedom Restoration Act’s (RFRA) original intent.”

To refresh your memory, RFRA is a federal law crucial to the protection of religious liberty. Signed into law in 1993 by Democratic President Bill Clinton, RFRA has stood for over a quarter century as a legal bulwark and helped protect Americans from government infringement on their constitutional rights.

Disguised under a benign name, one is led to believe the DNHA would champion religious liberty. However, a deeper look reveals this bill could do more harm than good when it comes to the free exercise of religion.

DNHA’s proponents have made it clear that one of the bill’s main provisions is to prohibit individuals and businesses from supposedly using religion to deny others’ civil rights:

“Decades of systematic efforts by some organizations and businesses…have co-opted the original intent of the law and turned it into a license to legally discriminate and impose religious beliefs on others…The Do No Harm Act simply provides that RFRA cannot be used to limit access to health care, deny services supported by taxpayer dollars, or undermine the Civil Rights Act or other anti-discrimination protections.”

This could lead to a disastrous undermining of religious freedom. Instead of promoting an equal playing field for all under the law, it would grant special treatment to select groups of Americans. For example, those aligned with the modern cultural orthodoxy on issues of sexuality, gender and the LGBTQ agenda would likely have the upper hand in legal disputes, while people who hold traditional religious beliefs would be disfavored.

But that’s not the only threat the DNHA poses. Let’s not forget one of RFRA’s hallmarks is that it gives religious Americans their day in court, an opportunity to seek relief when their religious freedom is violated.

However, the DNHA creates a set of “exceptions” to the application and interpretation of RFRA, stipulating when (or if) people of faith can and cannot use the latter as a legal shield to protect and vindicate their rights. In other words, DNHA would do more to place limits on RFRA, rather than helping to clarify or expand its key provisions. These limitations wouldn’t nullify RFRA altogether. But if signed into law, DNHA could make a significant dent and possibly mark the “beginning of the end” for RFRA as a landmark religious liberty law. 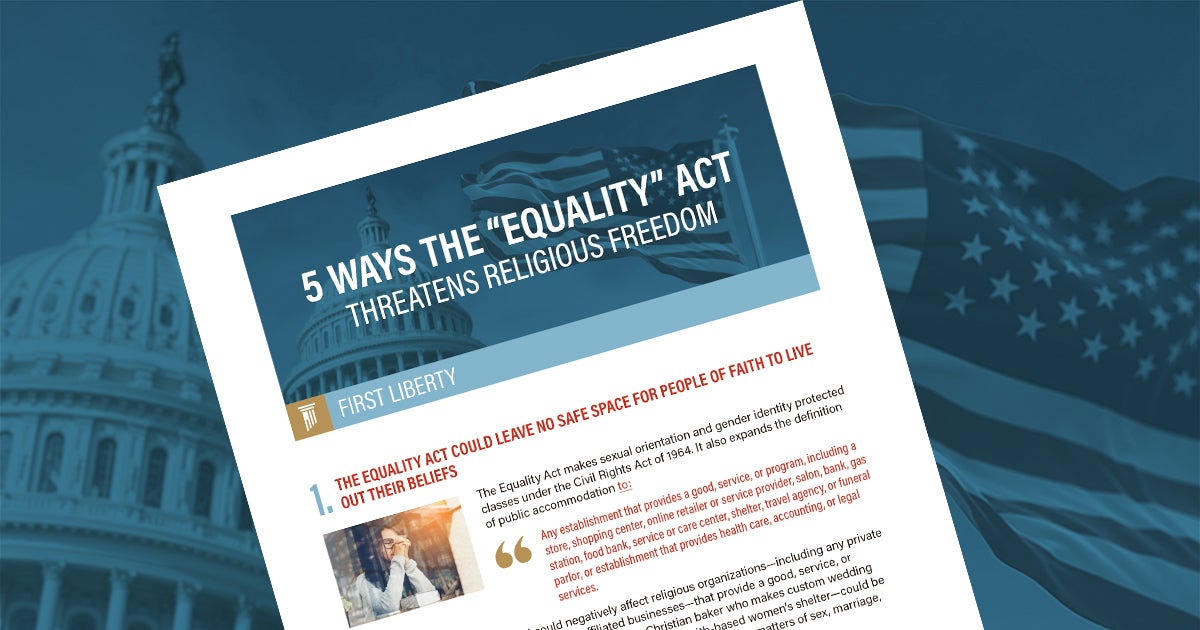 The DNHA is the newest threat, but it’s by no means the first. Let’s not forget Congressional Democrats also attempting to enact the so-called “Equality” Act, a similar piece of legislation that could gut RFRA at its very core and possibly cause even more devastation to religious liberty.

The “Equality” Act allegedly aims to promote equal treatment. But like the DNHA, its provisions would instead punish and discriminate against any American who holds traditional, religious beliefs on matters of sex, gender, marriage, and even life in the womb.

The bill makes sexual orientation and gender identity protected classes under the Civil Rights Act of 1964. It also expands the definition of public accommodation to:

This expansive redefinition could have a devastating impact on Americans who live out their faith in their daily lives, whether it’s in their own business, school, nonprofit organization or house of worship. It means that a Christian baker who makes custom wedding cakes, a pro-life obstetrician, a religious wedding venue, or a faith-based women’s shelter—just to name a few examples—could be forced to participate in activities that violate their religious convictions.

What makes the so-called “Equality” Act even more dangerous than DNHA is that it explicitly states Americans of faith CANNOT rely on RFRA as a legal recourse:

“The Religious Freedom Restoration Act of 1993…shall not provide a claim concerning, or a defense to a claim under, a covered title, or provide a basis for challenging the application or enforcement of a covered title.”

Every American should be free to live without being coerced by the government to do something that would violate their core beliefs or their conscience. But that’s exactly what the “Equality” Act and the “Do No Harm” Act would force them to do.

These two bills would effectively reduce religious liberty and people of faith to second-class status—in direct opposition to the original intent of RFRA and also in contravention to the Constitution’s promise that all Americans should not be punished for living in accordance with their faith.