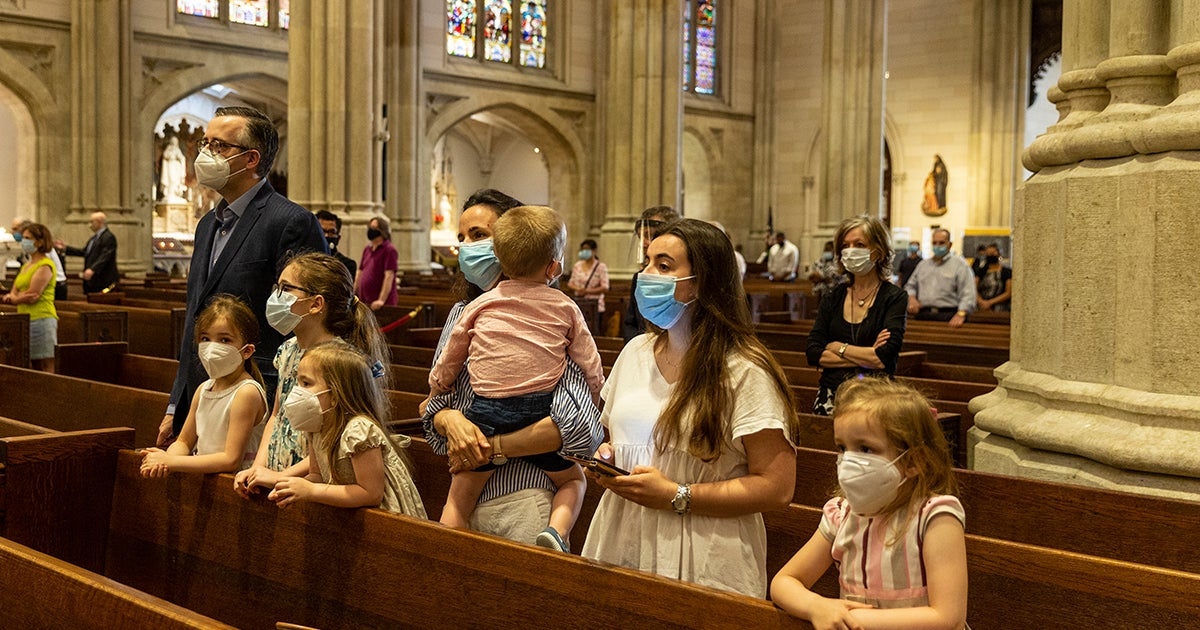 After First Liberty scored the first victory for churches and outdoor religious services in Washington, D.C. with our triumph for Capitol Hill Baptist Church (CHBC), other houses of worship in America’s capital are also winning their legal battles in this Essential Fight.

Alongside the law firm WilmerHale LLP, our win on behalf of CHBC back in October helped set a precedent for other D.C.-based churches seeking to reclaim their right to hold in-person church services while following social distancing and CDC guidelines.

Recently, District of Columbia Mayor Muriel Bowser modified the city’s pandemic limits on gatherings at houses of worship to 25 percent of capacity and no more than 250 people. Previously, religious gatherings could hold no more than 50 people.

Shortly before the recent holiday season, the Archdiocese of Washington (AOW) filed a lawsuit asking the U.S. District Court for the District of Columbia (DC) for temporary relief from the city’s caps on in-person church services. After Mayor Bowser’s decision to ease the restrictions, the AOW and the city reached a legal settlement just days before Christmas.

Even with some limits still imposed on corporate worship, this action marks yet another significant victory for religious freedom amidst a wave of wins delivered in recent weeks. Numerous federal courts throughout the country (including the U.S. Supreme Court) have reaffirmed that houses of worship have a constitutional right to hold religious services and that they must be treated equally as their secular counterparts.

The Mayor’s decision was a tremendous sigh of relief for the 193 parishes and 93 faith-based schools under the AOW’s jurisdiction in the DC Metroplex, as many of them prepared to celebrate one of the most important and anticipated holidays of the year for Catholics and Protestant Christians alike.

Of course, the ruling wasn’t just a triumph for the Catholic community. It also helped set a precedent for hundreds of other houses of worship of all faiths in our nation’s capital fighting against draconian restrictions on their First Amendment rights.

Isn’t it an unfortunate twist of irony that churches in DC—the cradle of our republic, and a longtime symbol of freedom to the world— are having to fight for what is the most fundamental and essential right, that being the freedom to live out their faith by holding a worship service?

This ongoing battle for religious freedom in our nation’s capital brings to the forefront a disturbing pattern of religious discrimination at the behest of DC officials, who appear to treat religious activity, services and messages more harshly than restaurants, secular businesses and non-religious messages.

Remember that in 2018, First Liberty submitted a friend-of-the-court brief supporting the AOW in another federal lawsuit, after the Washington Metropolitan Area Transit Authority (WMATA)—a state agency—banned the AOW’s holiday advertisements from public buses because they contained a simple religious message.

At that time, WMATA officials claimed that there were “two halves” to Christmas, a secular half and a religious half, and thus allowed advertisements that reflected the secular, commercial half of Christmas, but effectively excluded ads having religious references.

It’s the same line of logic we’ve heard throughout the constitutional crisis and pandemic about whether religious services are “essential” or not. In both circumstances, government officials took on the authority to decide which viewpoint, message or activity was fit for approval, effectively determining which one was “essential” or “permissible” for the betterment of the public.

These kinds of attacks and the persistent lockdowns are proof that opponents of religious freedom can seize a crisis to shut down churches and to keep people of faith subdued as second-class citizens.

And that means the battle for religious freedom during this pandemic is far from over.

In 2021, we need YOU to be the ONE who helps us build on the momentum of victories to ensure that government will not control our churches. Together with your support, we can keep winning and setting precedents to protect religious freedom—now and in the New Year ahead.