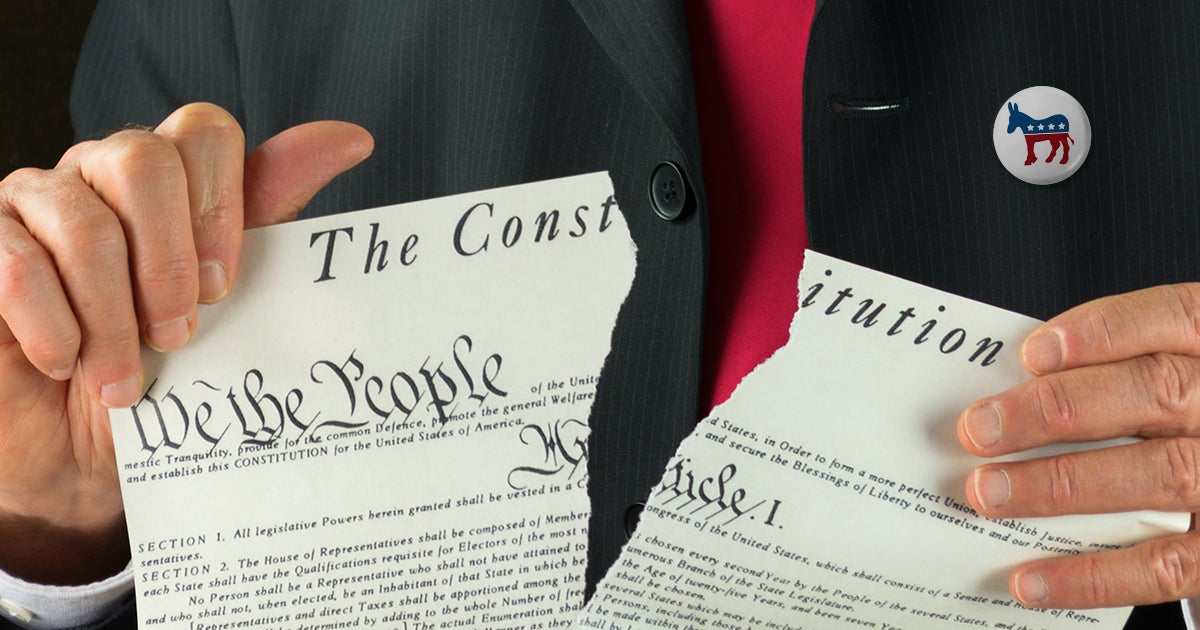 One political party appears to be turning more radical by the minute. Recent polls suggest the Democrat Party holds extreme positions regarding the Constitution and the structure of the U.S. Supreme Court.

Nearly one in four Democrats (23%) say the Constitution is “no longer a relevant document,” based on a new poll from Echelon Insights. Additionally, a recent Heartland/Rasmussen survey found nearly half of Democrats (49%) believe the Constitution “should be mostly or completely rewritten.”

Another poll reported that 53% of Democratic voters support abolishing the U.S. Supreme Court and replacing it with a “democratically elected” court. A vast majority of Democrats—64%—support expanding the Supreme Court.

However, not everyone in the party agrees with these radical proposals. In fact, several leaders have come out against court-packing.

“No, because my kids are going to live with a Supreme Court that’s larger than Congress.”

Governor Newsom is not the only Democratic leader who’s expressed opposition.

Will Governor Newsom and other Democratic leaders stick to their words? Or will they cave to the pressure of extremists in their party who call for court expansion?

To be clear, just because some Democratic Party leaders have denounced court-packing does not make it any less of a threat. The extreme wing of the party is doubling down on this radical scheme to rig the Court for political gain.

Consider also that although Governor Newsom voiced opposition to court-packing, he nonetheless supports ending the filibuster. This Senate tradition is essential to our legislative process. It’s a guardrail that protects our God-given rights from being taken away at a moment’s notice.

The filibuster forces moderation and compromise. Getting rid of it would allow the majority party to railroad its agenda without any input from the minority party. There would be no check on the party in power to push through massive change with little reflection.

If the filibuster is “reformed,” it would destroy the Founders’ vision for the Senate and could open the floodgates to far-reaching legislation, policies and even radical changes to the Constitution. Without it, radicals would be able to get their way and pack the Court.

Court-packing is a brazen power grab, plain and simple. Radicals have repeatedly shown this is the case. Virtually every time they do not like the Court’s decisions, they try to change the rules under the guise of court “reform.”

In the aftermath of these rulings, radicals accused the Supreme Court of being “illegitimate.” They proceeded to demand court-packing, restructuring or even abolishing the Court altogether. Make no mistake. These “solutions” are dangerous. They’re not about “reform” or “restoring balance.” It’s all about getting around decisions they don’t like and grabbing more power.

If court-packing is implemented, the result would be catastrophic for America. It would be the gateway to tyranny. It would end the legitimacy of the U.S. Supreme Court, destroy our Constitution’s founding principle of separation of powers, erode all public confidence in future court rulings and—worst of all—eradicate our cherished rights and freedoms, including religious liberty.