In the Latest Supreme Court LGBT Cases, Religious Freedom and the Democratic Process are at Stake 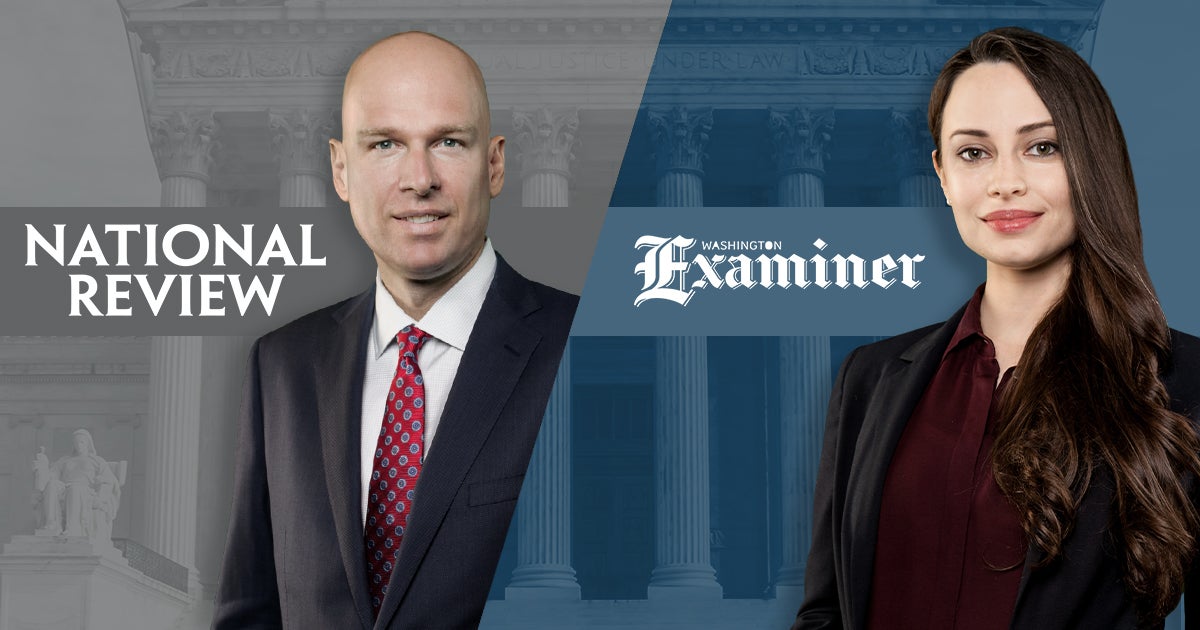 In the Latest Supreme Court LGBT Cases, the Democratic Process Is at Stake*

Pundits and politicians will tell you that Tuesday’s arguments in Bostock v. Clayton County, Georgia, Altitude Express v. Zarda, and R.G. and G.R. Harris Funeral Homes v. EEOC hold in the balance whether LGBT employees can be wantonly fired from their jobs. In reality, what is at stake is something far more fundamental to the American way of government: the democratic process.

The facts of the cases are widely known. Two gay men and a transgender woman were terminated because of their gender identity or sexual orientation. In Harris, for instance, an employee hired as a man decided to live life as a transgender woman. Since that did not square with the dress code of his place of employment—men wear suits, women wear dresses—the employee was at an impasse with the perplexed employer. The employer fired the employee who refused to dress like the man he once said he was. As in Bostock and Zarda, the plaintiffs argue that Title VII, that section of federal law that outlaws employment discrimination based on a person’s sex, includes sex stereotypes.

Yet despite having had sizable majorities in Congress since that time, Democrats have never won support of the law. Earlier this year, Congress considered the Equality Act, a significantly more far-reaching proposal than ENDA. Whereas ENDA at least provided some concession to religious employers, the Equality Act offered none whatsoever. Thomas Farr, president of the Religious Freedom Institute, went so far as to criticize the Equality Act for assuming “that those who have reached that conclusion are indecent and dishonorable.” It passed the House but has not been taken up in the U.S. Senate. Still, Democrats have rallied around the Equality Act, and most of the field of Democratic presidential hopefuls have announced support for it.

Meanwhile, various states have altered or updated their state nondiscrimination statutes, and even in states that have been reluctant to add the new categories of sexual orientation and gender identity to the nondiscrimination laws, local municipalities have done so.

It is therefore clear that, since at least 1974, from the halls of Congress to the council chambers of Main Street, Americans have been having a democratic debate over whether to include sexual orientation and gender identity in our nondiscrimination laws. And that debate is far from over.

On the other side of this debate are social and religious conservatives who fear the loss of religious-liberty protections. Having witnessed Jack Phillips, Aaron and Melissa Klein, and so many others being forced to defend their consciences in court, they fear they may be next.

It’s a fear that stems from an honest sense that they might be summarily pronounced bigots in a rapidly changing world. These Americans may struggle to articulate why they oppose allowing biological males who identify as female to use the women’s locker room with the smoothness of a slick politician. To them, it’s just common sense: Men are men, and women are women.

Still, they suspect they will be left holding the short end of the stick if judges are left making the decisions by fiat. And so they vote, they call their congressmen, and they write letters to the editor hoping that their leaders will listen to them.

That is what made Tuesday’s exchange between Solicitor General Noel Francisco and two of the justices so consequential. Francisco argued on behalf of the United States and against its own Equal Employment Opportunity Commission which, under the previous administration, argued that Title VII’s protections bootstrap gender identity and sexual orientation onto the word “sex.”

To Justice Breyer, Francisco argued that, should the justices adopt the changes the plaintiffs argue to the word “sex” in Title VII, it would set aside the democratic process and deliver “a complete victory to one side of the fight and nothing to the other side.”

That prompted an immediate query from Justice Sonia Sotomayor: “At what point does a court say, Congress spoke about this…and regardless of what others may have thought over time, it’s very clear that what’s happening fits those words. At what point do we say we have to step in?”

Francisco’s response was profound in its simplicity: “I guess my answer, Your Honor, would be at the point when Congress actually addresses the issue.”

Congress has not addressed the issue. In fact, it could not—even in passing—because we have been told that the concept of sex is a socialized construct, something untethered to one’s biology. Yet suddenly we are to accept the premise that Congress has spoken because, whatever one’s sexual orientation or gender identity may be, it is inextricably tied to sex.

And, if neighboring municipalities can disagree with state legislatures and, in 45 years, Congress cannot agree to include these concepts in federal law, why should nine judges impose it upon hundreds of millions of Americans?

They should not. Questions of equality, fairness, and religious liberty aside, at the very minimum, the question everyone should be asking is this: What would yet another judicial decree on a contentious cultural question mean for our federal system?

Equality and nondiscrimination mean very little in the hands of a democracy that can be altered by the stroke of the judicial pen.

* This article was originally published on National Review on October 11, 2019.

A Note for our Supporters: We can protect and reclaim our God-given right of religious liberty by going back to the Constitution. Will you consider making a donation to First Liberty Institute today?

On Oct. 8, the Supreme Court will hear arguments in three high-profile cases about sexual orientation and gender identity in the workplace. These cases are poised to have an impact on every for-profit workplace across the country that has 15 or more employees.

Yet, as expansive as that decision would be, the cases could reach even further potentially putting in jeopardy the First Amendment rights of your church, synagogue, or mosque, as well as a variety of other faith-based charities, schools, and ministries.

If the court decides to redefine the term “sex discrimination” in the Civil Rights Act of 1964 to include sexual orientation or gender identity discrimination, faith-based nonprofits across the country will wonder whether they can continue to maintain employee codes of conduct that uphold traditional standards of sexual ethics. Can a religious ministry require employees to share and uphold its religious beliefs on issues of sexual conduct?

Unfortunately, it is far from clear how courts would rule.

First Liberty Institute submitted a friend-of-the-court brief in these cases, focusing on the potential religious freedom implications for religious denominations that hold traditional beliefs about marriage and gender. We asked the Supreme Court to seriously consider the impact on religious houses of worship, charities, nonprofits, schools, and other ministries when making its decision.

Religious ministries, including houses of worship, are not categorically excluded from the reach of federal employment discrimination laws, although they are provided with some important protections.

For instance, in 2012, the Supreme Court unanimously concluded that the First Amendment protects religious organizations’ ability to choose their own ministers and religious leaders. This is an important protection that allows churches and other religious ministries to use any criteria to choose the leaders that are best suited to conveying their religious message. Simply put, the government cannot impose an unwanted pastor on a church or an unwanted rabbi on a synagogue.

Our brief argues that the Supreme Court should rule that ministries not only have the right to choose their minister, but they also have the right to faithfully apply their religious beliefs within their communities.

After all, a common dedication to Catholicism is what makes a Catholic school Catholic. If religious freedom means anything, it must mean that religious organizations have the freedom to work together in communities that share a common set of religious beliefs.

Several courts have already recognized that religious ministries have precisely this statutory right, according to the Civil Rights Act itself. Congress allows religious organizations to consider religion in their employment practices, which implies that they are allowed to employ only persons whose beliefs and conduct are consistent with the employer’s religious precepts.

Still, there is ambiguity in the lower courts regarding this statutory right. We have asked the court to resolve this ambiguity in favor of religious freedom for all.

The Civil Rights Act must be interpreted in a way that prevents the government from encroaching on the internal affairs of religious ministries, limits the courts from unconstitutionally entangling themselves with religion, and safeguards First Amendment rights for Americans of all faiths.

** This article was originally published on the Washington Examiner on October 7, 2019.