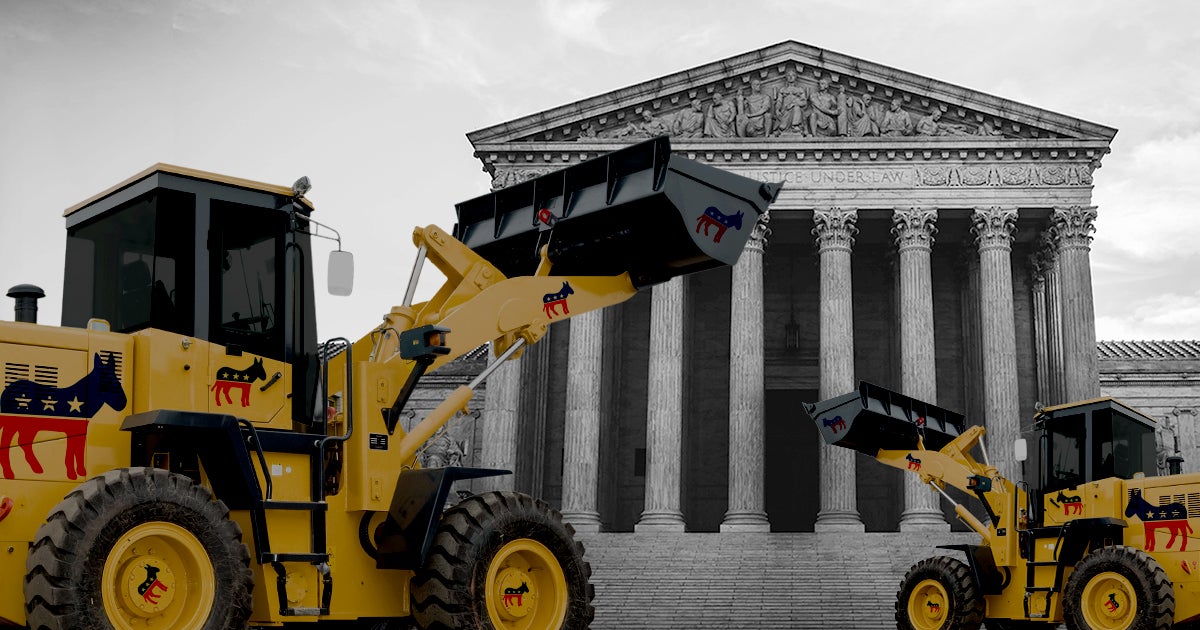 53% of Democratic voters support abolishing the U.S. Supreme Court and replacing it with “a new “democratically elected” court, according to a recent Heartland/Rasmussen Poll.

The poll also asked about “a constitutional amendment that would give the United Nations the authority to reverse U.S. Supreme Court decisions.” More than 1/3 Democrats—39%—support this proposition.

In the aftermath of these decisions, radicals have claimed the Supreme Court is “illegitimate.” Some politicians and activists did not like how the Court has ruled and immediately renewed calls for court “reform.” Some are demanding court-packing, a blatant attempt by one party to grab more power and tilt the Court in its favor. Others are calling for a complete restructuring or to get rid of the Court altogether.

But most Americans do not appear to be persuaded by these radical claims. 53% of all likely voters oppose abolishing the Supreme Court.

What’s more, a majority of Americans—54%—say they oppose court packing, according to a recent NPR/PBS NewsHour/Marist poll. The poll asked nearly 1,000 Americans about the Dobbs v. Jackson decision, which properly returned the power to regulate abortion to the states. A majority said they disagreed with the ruling. Nonetheless, a majority still oppose packing the Supreme Court.

Earlier this year, First Liberty commissioned our own Mason-Dixon poll, asking 1,100 Americans their views on court packing. The findings were similar: 64% opposed restructuring the Supreme Court and 65% opposed court packing.

Threatening to expand the Supreme Court is an extreme response. One political party disagreeing with recent decisions should not lead to a complete restructuring of the Court. We can disapprove of and criticize judicial rulings. We have a constitutionally protected right to peacefully protest outside the Supreme Court.

But disagreement and destruction are two different things. The judiciary is one of our most revered and important institutions, one that often protects our rights and freedoms. Court packing would bulldoze this pillar of our constitutional republic.

Additionally, the findings help expose court packing for what it really is: a politically motivated scheme to advance the agenda of the party in power. Whenever rulings don’t go its way, the far Left’s “solution” is to radically tilt the Court in its favor. The rush to add seats to the Court and stack it with liberal justices is not about “reform” or “restoring balance.” It’s all about changing the rules, getting around decisions they don’t like, and grabbing more power.

The poll numbers make it clear: We The People oppose radical court packing. Americans are waking up and learning the dangers of this plot. They are not fooled. Most recognize it would destroy our judicial system and erode our core freedoms, including religious liberty.

Even so, some insist on staging a Supreme Court Coup.

We must stand strong against those who advocate for court expansion. Court packing is not a benign, diplomatic suggestion––it would only take America one step closer to tyranny. Court packing is the stuff of dictators, not democracies.

Nearly 500,000 Americans have already made their voices heard by joining First Liberty’s national coalition of patriots who are saying “NO!” to court packing. With your help, we’ve already made a tremendous impact in stopping this radical scheme.

If we’re to save the Supreme Court and the independence of our judiciary, we need to keep educating millions more Americans and exposing the lies of those who want to fill the Court with partisan judges.