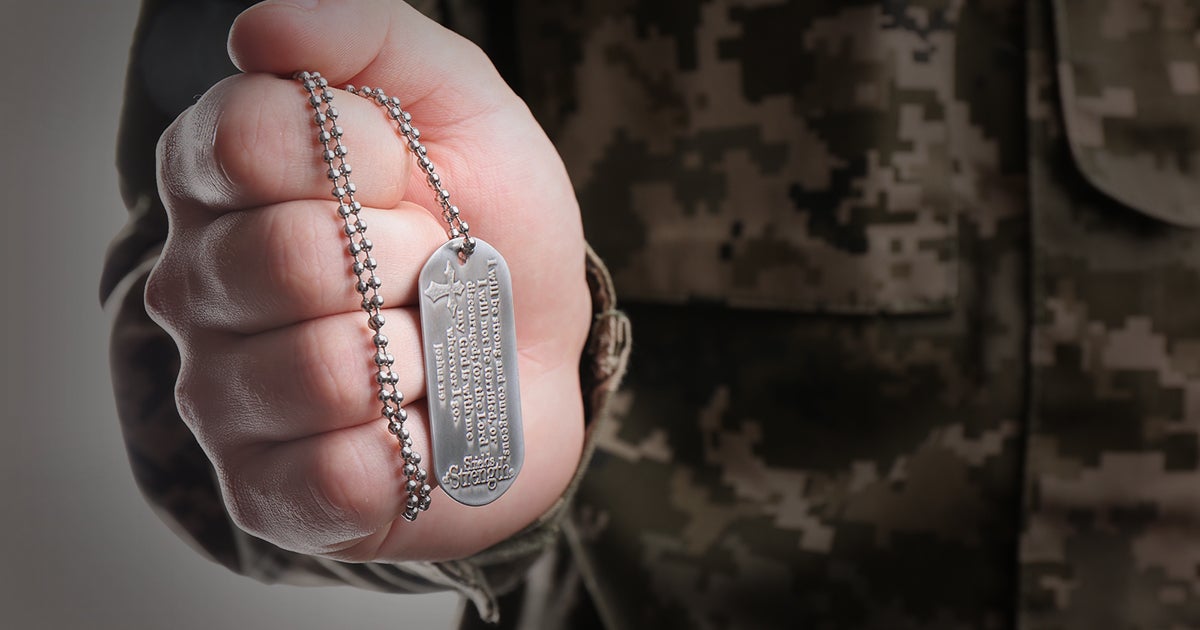 With many of our our brave service members now standing at high alert and prepared for action, the anti-faith activists at the Military Religious Freedom Foundation won’t give up in trying to deny them the freedom to find strength and courage in their faith.

Recently, FLI client, Shields of Strength—a company that produces replica dog tags with inspirational Bible verses—had to decline a request for 2,000 tags. A Marine Corps unit requested the Shields and planned to distribute them upon request to individual Marines, many of whom could soon be deployed to the Middle East due to rising tensions in the region.

Shields of Strength couldn’t fulfill the request due to a complaint filed by the MRFF, which prompted the U.S. Marine Corps to ban the company from making the tags.

In response to this blatant attack on military religious freedom, First Liberty sent a letter to the U.S. Marine Corps Trademark Licensing Office urging it to allow Shields of Strength to keep making the tags.

After all, given the longstanding history of religious expression in our nation’s armed forces, there’s no reason for a branch of the military to cave to the radical agenda of an anti-faith group that only seeks to deprive our military personnel of the freedoms for which they sacrifice.

The MRFF’s hostility against religious expression is clear when you consider the fact that the Marine Corps unit itself were the ones who originally requested the inspirational tags. In other words, MRFF has once again found a way to invent a problem where none exists.

Instead of harrassing our troops and depriving them of the liberty to live out their faith, the MRFF should instead focus on supporting them. Their attempt to deny our troops a source of inspiration, hope and encouragement simply because it contains a religious message is a cruel insult.

The MRFF’s unrelenting animosity against faith in the military is especially outrageous because for over 20 years Kenny Vaughan and his wife Tammie have produced Shields of Strength to encourage thousands of military service members. What’s more, this is certainly not the first time a military unit facing the specter of deployment has requested the tags.

In late 2001, U.S. Army Colonel David Dodd was in command of the 86th Signal Battalion as he and his troops prepared for deployment to Afghanistan for the start of Operation Enduring Freedom. At that time, Col. Dodd inquired about buying Shields of Strength in bulk to take them overseas. Kenny and Tammie graciously gave Colonel Dodd 500 Shields for his combat-ready troops.

What’s more, during the Iraq War, Shields of Strength donated over 50,000 pieces a month and even fulfilled a single request for 30,000 pieces. To date, the Vaughn’s have made over 4 million dog tags and given hundreds of thousands to active duty members and veterans of the U.S. military, first responders and the families of fallen heroes.

It’s harsh, unkind and offensive that some would pursue a radical agenda and seek to deny our service members—particularly those who may have to fight in the fiercest battles—the right to wear inspirational jewelry just because it has a religious message.

Nowhere are the attacks on faith more repugnant than those that are aimed at the men and women who have voluntarily placed their lives on the line to defend the freedom of others. That’s why First Liberty is fighting to make sure outside, anti-faith groups don’t get away with stripping away the rights of our men and women in uniform—especially their God-given freedom to find inspiration in their faith.

They need YOUR support to stop brazen violations of their religious liberty.