Discrimination in Dallas? Congregation Targeted With Unreasonable Parking Regulations, Yet Doesn’t Drive on the Sabbath. First Liberty Institute filed a lawsuit in response to Dallas city officials’ imposition of unreasonable parking regulations against a small Jewish congregation that doesn’t drive on their Sabbath!

Any day of the week across the country, Americans of allfaiths meet in homes for prayer meetings, Bible studies, and other gatherings.

But in Dallas, a small Orthodox Jewish congregation that meets in a private home is fighting for survival.

Earlier this month, First Liberty Institute filed a lawsuit in response to Dallas city officials’ imposition of unreasonable parking regulations against the small Orthodox Jewish synagogue, Congregation Toras Chaim (CTC). This most recent legal action comes after three years of cooperative efforts in which CTC has complied and met the required municipal standards from the Dallas Board of Adjustment (BOA).

Despite CTC’s ongoing cooperation, this small group of city officials has decided to impose unreasonable demands on CTC in an effort to prevent its members from practicing their faith.

And CTC has not only experienced pushback from the city. On one occasion, someone vandalized Rabbi Rich’s car by spray-painting a swastika on it. 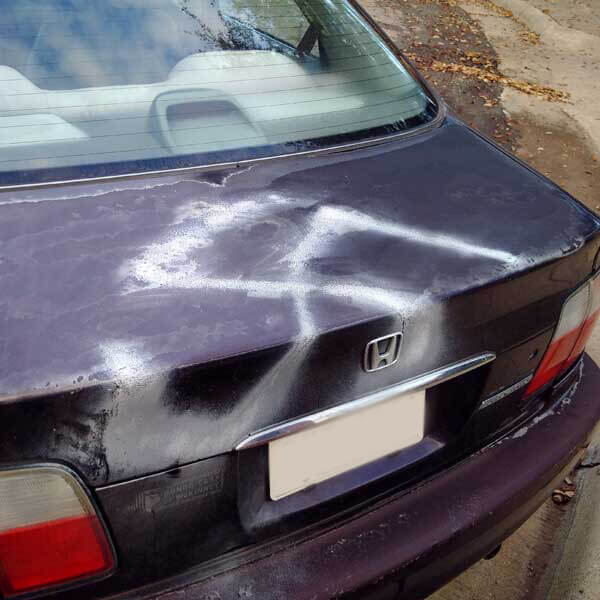 Thus we ask: are petty grievances and neighborhood complains about parking really the underlying issue in this case?

Below are some key facts about this case. After reading this, you may find there is something deeper at play behind the city’s attempts to oust this small Jewish community.

1. Neighbors Want Them Gone, But CTC Has a Right to Stay

Neighbors have affirmatively stated they do not want a place of worship in their neighborhood. And it’s becoming increasingly clear that they are willing to do whatever it takes to force out this small community to move out of the City of Dallas.

Legally, however, Dallas city ordinances provide for worship and religious use in CTC’s zoning area. Additionally, federal and constitutional laws explicitly state that government cannot use zoning regulations to burden the religious exercise.

CTC’s gatherings are no different than a typical get-together hosted in someone’s home. Such as a game night, book club, or a weekend family get together. But it’s clear that neighbors are willing to trample and turn a blind eye to CTC’s rights. Neighbors have made statements that show a clear bias against CTC, complaining that CTC’s members look “unusual” and “odd.” They have even complained about having to stop a vehicle for a woman pushing a baby carriage to cross the street.

CTC is within its legal right to carry out its worship gatherings on their current property. Nevertheless, unfriendly neighbors continue their hostile efforts against CTC, while city officials keep imposing burdensome regulations on the small congregation.

Neighbors have also expressed concerns about “safety issues” due to the number of cars parked on the street.

Originally, neighbors clamored and complained about cars parked on Saturday, the only day the full congregation meets. However, photos show that CTC does not park a single car on the  street on Saturday.

There’s clearly something more going on, given that neighbors often park multiple cars on the street during the week for nonreligious use. There are two commercial group homes in the same residential neighborhood parking on the streets, but no one has complained about the parking associated with those group homes.

Therefore we ask: why are there no “safety issues” or complaints being brought up about the parking from other group gatherings? Simply put, this has more to do with neighbors who will not be happy until CTC is removed from the neighborhood.

3. CTC Complied: It’s Time for the City of Dallas to Do Its Part

Neighbors have cited parking as a foremost concern about CTC gathering in a private home.

The parking allegation is ironic especially when you consider that members of this Orthodox Jewish congregation live within walking distance of their place of worship. Because of their religious beliefs, they cannot drive on their Sabbath – the only day when the full congregation of about 25 people meets.

Nonetheless, CTC has gone to great lengths to meet the city’s parking requirements.

For example, CTC secured a parking agreement with the Torah Day School, a Jewish community right down the street. This action helped cover half of the parking spaces the city demanded.

This begs the question of whether this is actually an issue about parking or road access. When you take into account the CTC’s genuine efforts, it is increasingly clear that this is about a few disgruntled neighbors who will not relent until this small religious minority is expelled from their neighborhood.

In Danger of Displacement?

Dallas is a diverse city that should welcome and protect this small Jewish congregation. Instead of discriminating against CTC, Dallas should instead focus on protecting its right to exist, operate, and freely exercise its religious beliefs in their neighborhood.

The location of CTC’s gathering place is essential to the congregation’s existence. The religious tenets of the Orthodox Jewish faith prohibit CTC’s members from driving, walking long distances, or carrying anything on their Sabbath. By not granting a simple parking variance, city officials would consequently force several families to sell their homes and relocate to an entirely different neighborhood.

Will city officials do the right thing, or will they force this Orthodox Jewish congregation into an unnecessary exodus?

What are your thoughts on this case?