Does Your Religious Freedom Come from the Constitution?

If you said “Yes,” the Founding Fathers might not agree with you, according to a growing number of religious freedom advocates 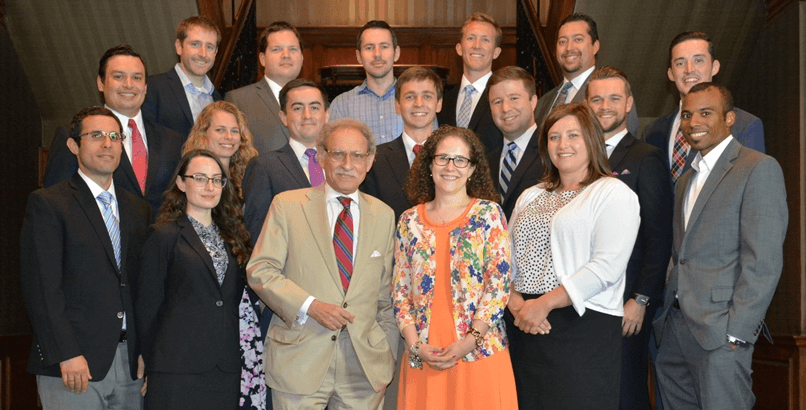 2017James Wilson Institute Fellows stand with Institute Founder and Director Professor Hadley Arkes. Stephanie Taub, Counsel at First Liberty, is in the first row, second from the left, next to Professor Arkes.

Editor’s Note: Stephanie Taub, Counsel for First Liberty Institute and a graduate of Harvard Law School, was selected to be a 2017 fellow for the James Wilson Institute, an organization led by renowned constitutional scholar Professor Hadley Arkes. The Institute studies natural rights—a foundational principle for the defense of religious liberty. As a recipient of this prestigious fellowship, Stephanie spent five days this summer in Washington, D.C., attending seminars about natural law, which will enhance her already considerable ability to defend religious freedom. Other attendees included clerks for federal judges, an assistant state attorney general, and associate attorneys for major national law firms. We asked Stephanie to share perspectives on what she learned.

The First Amendment to the U.S. Constitution states that Congress shall make no law prohibiting “free exercise” of religion. But what if those words did not appear in the document? Would their absence mean that Americans had no right to free exercise of religion?

Many of the Founding Fathers—and especially those who wrote the Constitution—would answer “No.” They are on record saying that the Constitution did not somehow create the rights enumerated in its text. Rather, they believed, the Constitution merely recognized and codified into law “unalienable rights” which were “endowed” to humans “by their Creator”—to use the words of the Declaration of Independence. These are “natural rights,” and they predate and underlie the Constitution.

NATURAL RIGHTS: THE FOUNDATION OF LAW?

Earlier this month I had the privilege of participating in the James Wilson Fellowship under Professor Hadley Arkes, the Edward Ney Professor of Jurisprudence at Amherst College. James Wilson was one of the great “natural rights” legal scholars of the founding era, and a signer of both the Declaration of Independence and the U.S. Constitution.

During this one-week fellowship program conducted by the James Wilson Institute on Natural Rights and the American Founding, a group of young lawyers travel to Washington, D.C., to spend a week studying natural law and the source of our natural rights.

Yet, this is a serious departure from how the Framers of the Constitution would have viewed these rights. As evidenced in the Declaration of Independence, the Founders understood our rights to be natural rights, given to every human being. The Constitution’s Bill of Rights is not itself the source of our natural rights. It, instead, recognizes and works to protect our rights. So, for example, the right to freely live according to one’s own conscience is a natural right that each person has simply by being human.

As the Declaration explains:

“We hold these truths to be self-evident, that all men are created equal, that they are endowed by their Creator with certain unalienable Rights, that among these are Life, Liberty and the pursuit of Happiness. — That to secure these rights, Governments are instituted among Men, deriving their just powers from the consent of the governed[.]”

These lines in the Declaration are a wonderful example of natural law. Natural law is the process of reasoning about moral truths from a set of first principles, such as the basic principle that all people are created equal. From this principle, we know that each person equally has the right to life, liberty, and the pursuit of happiness, and the government is meant to secure and protect these rights.

Yet, today, we often see government using its coercive power to force a person to take actions or support ideas they believe would be morally wrong, violating their sacred right of conscience. For example, federal government agencies have mandated Christian ministries participate in the provision of contraception and even abortifacient drugs.

As I transition back to my work defending our natural right to religious freedom alongside my colleagues at First Liberty Institute, I look forward to continuing to press our government agencies to properly secure our natural rights. And together we can continue the tradition of protecting this fundamental freedom, our first liberty of religious freedom for all Americans.