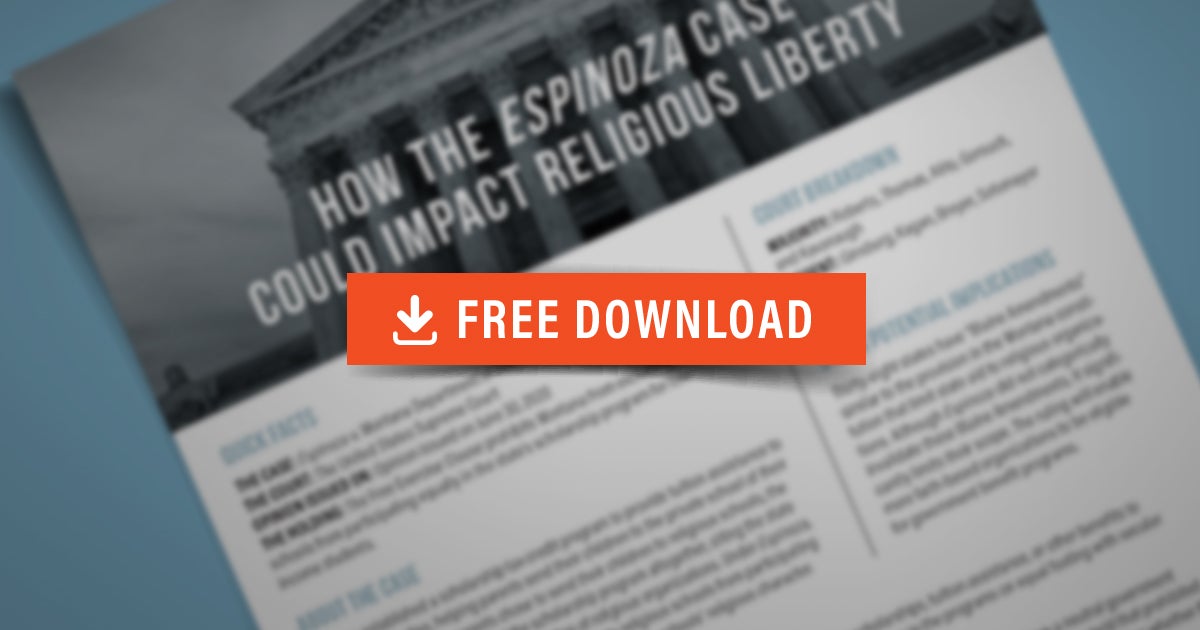 In Espinoza v. Montana, the Court’s 5-4 ruling held that the Free Exercise Clause prohibits the state of Montana from excluding religious schools from participating equally in the state’s scholarship program for low-income students.

Because the government cannot legally discriminate against religious organizations when they perform the same work as secular institutions, First Liberty Institute stepped in and filed a friend-of-the-court brief in support of one of the families involved in the case (the Espinozas). Our attorneys partnered with Joshua Davey, a student who intended to use a public scholarship to study for religious ministry at a faith-based college, but was denied a scholarship by the State of Washington. His case went to the U.S. Supreme Court in 2004, where the court upheld Washington’s decision in Locke v. Davey.

Now with the Supreme Court’s recent decision, the critical question people of faith nationwide are asking is: What impact will Espinoza have for religious schools and students of faith moving forward?

More pointedly, will this put an end to more than a century of bigotry and discrimination under the “Blaine Amendments” that are still in place in more than 30 states?

Certainly, this case will have a ripple effect nationwide, especially right now as First Liberty is fighting in federal court alongside the Institute for Justice to reclaim religious freedom in another similar school-choice case in Maine.

To better understand what this decision means and its potential long-term impact, download our exclusive FREE resource (below) written by First Liberty’s team of legal experts, who break down all the details.

Get Your FREE Copy

How the Supreme Court’s Espinoza Decision Could Impact Religious Freedom 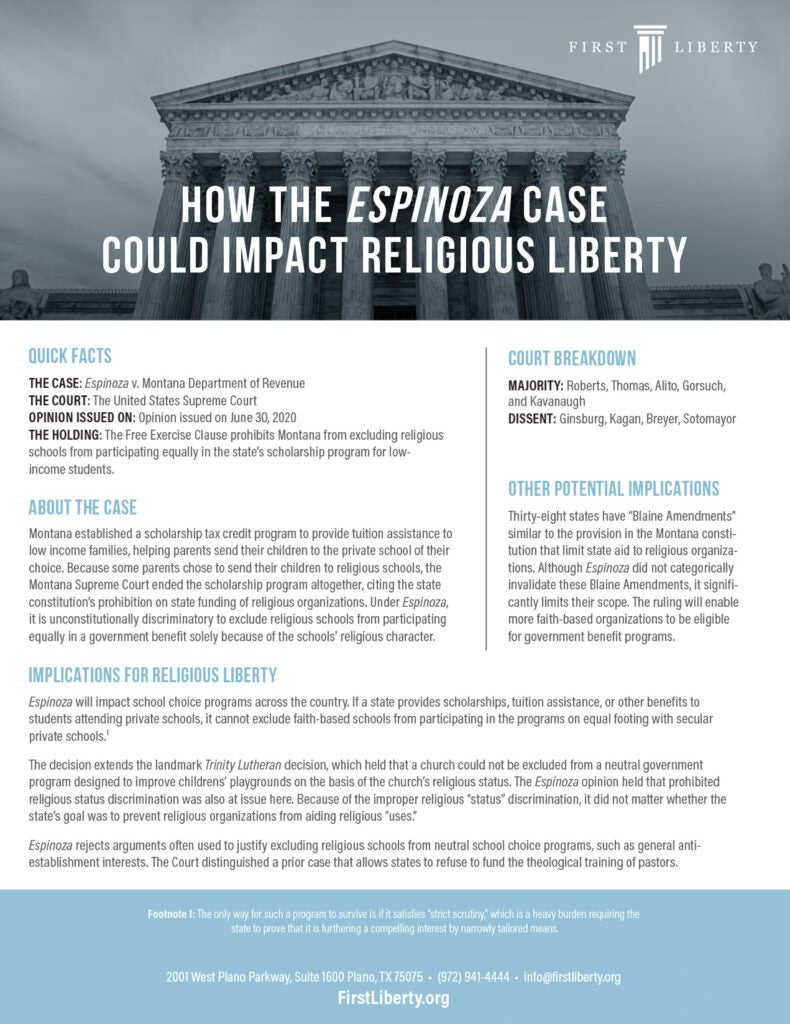