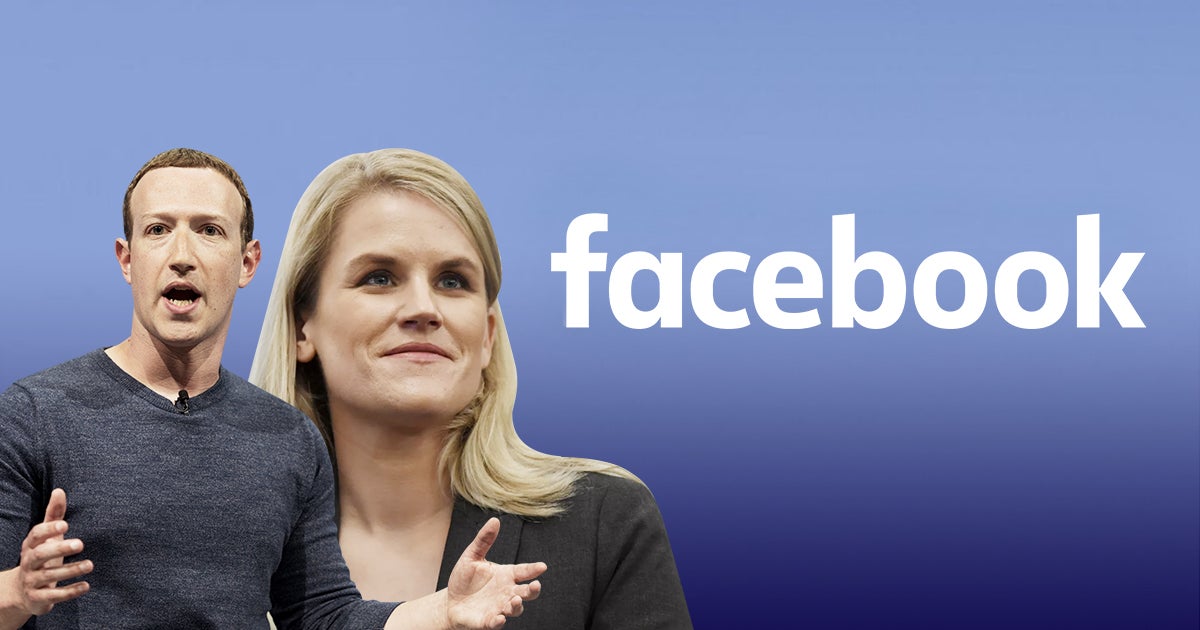 If you’re among millions of Americans who use social media, it’s likely you’ve come across a wave of headlines alleging that Big Tech companies aren’t playing fair. Now, a whistleblower from inside the industry has gone on record to expose some of the questionable—or as she claims, harmful—practices.

Former Facebook employee Frances Haugen revealed thousands of internal Facebook documents that were published by The Wall Street Journal last month, and then testified before Congress about her experience at the tech titan.

Haugen’s testimony and the documentation she provided suggest that while Facebook claims to be a platform for diverse ideas, the free flow of information, and healthy social connection, its modus operandi undermines all three—and Facebook knows this.

First Liberty has long been aware of Facebook’s questionable tactics, particularly their effect on religious and conservative users. The good news? Our legal team is already doing something about it.

Standing Up to Big Tech

Haugen’s testimony and much of the recent reporting surrounding Facebook’s internal documents focuses on the way the company profits off users’ anger, or the fact that Facebook knows social media negatively impacts teens and targets them anyway.

However, there is another troubling practice at Facebook that First Liberty is highlighting in federal court.

It has to do with the way Facebook applies its user standards—or doesn’t apply them. In short, there’s compelling evidence that Facebook selectively applies its standards to disfavor or censor conservative and religious content.

First Liberty is fighting on this critical legal battlefront to put a stop to Big Tech censorship of religious voices and content online. Our legal team is representing The Babylon Bee and Not the Bee, two Christian satirical news websites that have faced increasing censorship and “shadow banning” on social media.

We recently filed a friend-of-the-court brief at the U.S. Court of Appeals for the Eleventh Circuit in support of a Florida law requiring Big Tech companies to treat users fairly. As First Liberty documents in the brief:

Both The Babylon Bee and Not the Bee have experienced such censorship and would benefit from the protections offered by Florida’s law. 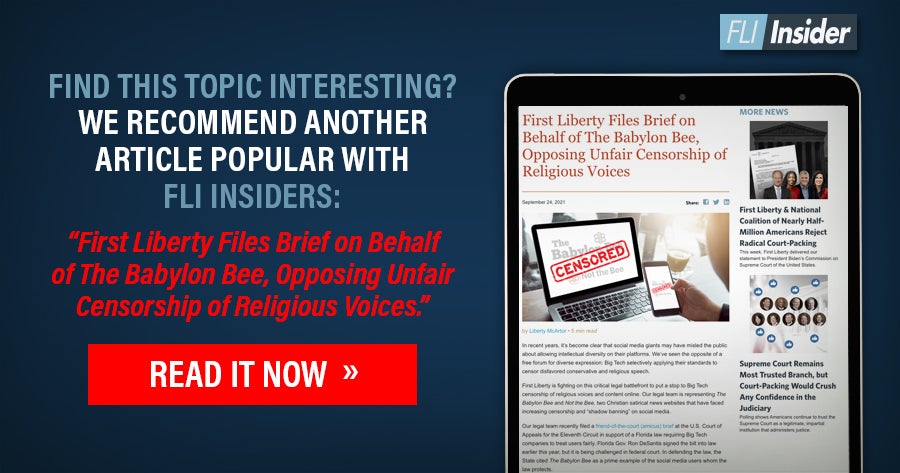 Whistleblower Frances Haugen told Congress that new laws are needed to rein in Facebook and its many unethical practices. The Florida law now being challenged in federal court is an example of what should be implemented, as we argue in our brief.

Even though many social media outlets claim to be enforcing their standards equally or neutrally, it’s becoming increasingly clear that religious and conservative Americans are under attack in the digital space.

It will require accountability to ensure that Big Tech doesn’t quash religious and conservative voices. If social media companies were subject to regulation such as Florida’s law, all users would enjoy an equal playing field, rather than some being allowed to fly above the rules while others are punished because of their viewpoints.

Bottom line, true religious freedom and free expression cannot exist while Americans with traditional and religious beliefs are being unfairly targeted or censored.

Will you stand with First Liberty to help ensure that religious Americans are treated fairly and can express and live out their faith online?