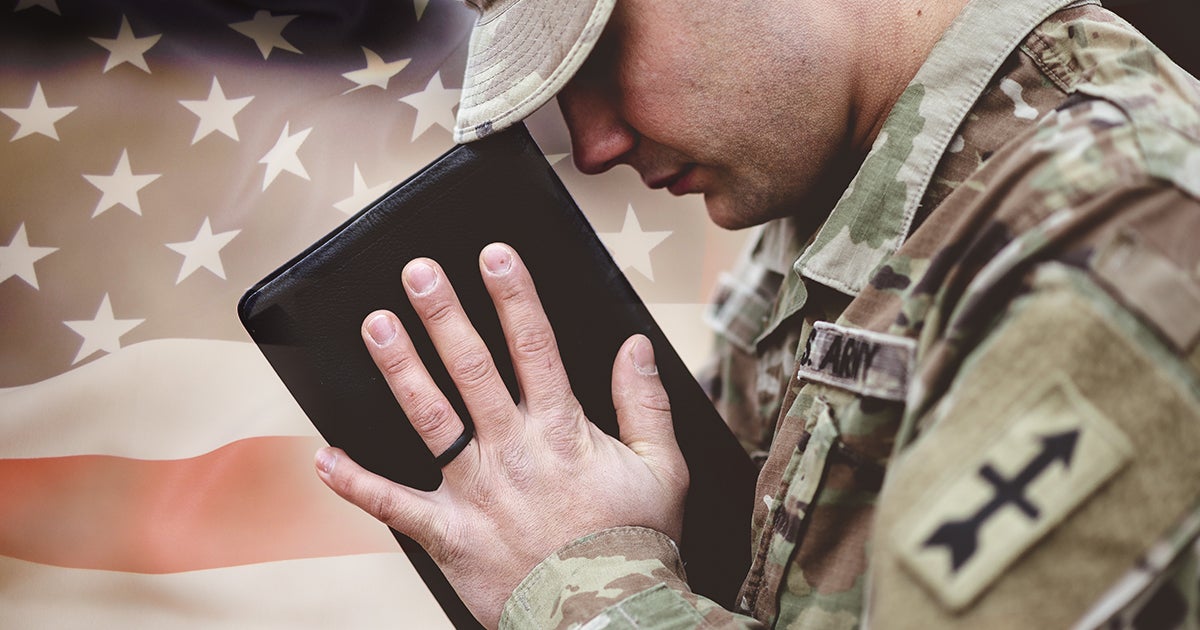 In a 2011 sermon, Georgia Democratic Senate candidate Raphael Warnock, who serves as senior pastor of Ebenezer Baptist Church in Atlanta, boldly proclaimed, “America, nobody can serve God and the military.” Warnock’s breathtaking rhetoric is not only wrong, but it only serves to weaken our military and our nation.

The mere suggestion that those tens of thousands of patriots cannot serve God while also serving in uniform is as offensive as it is astounding. Moreover, it reveals a stunning degree of ignorance when it comes to who serves our great nation and why. As the legendary writer, philosopher and lay theologian G.K. Chesterton once observed, “the true soldier fights not because he hates what is in front of him, but because he loves what is behind him.”

Chesterton’s observation is supported by the data. A study of young adult males revealed that those who identify as “highly religious evangelical” are more likely to join the military than their “nonreligious” counterparts. In other words, the health of America’s armed forces depends on young people voluntarily joining the military, and religious Americans are more likely to join than are nonreligious Americans. 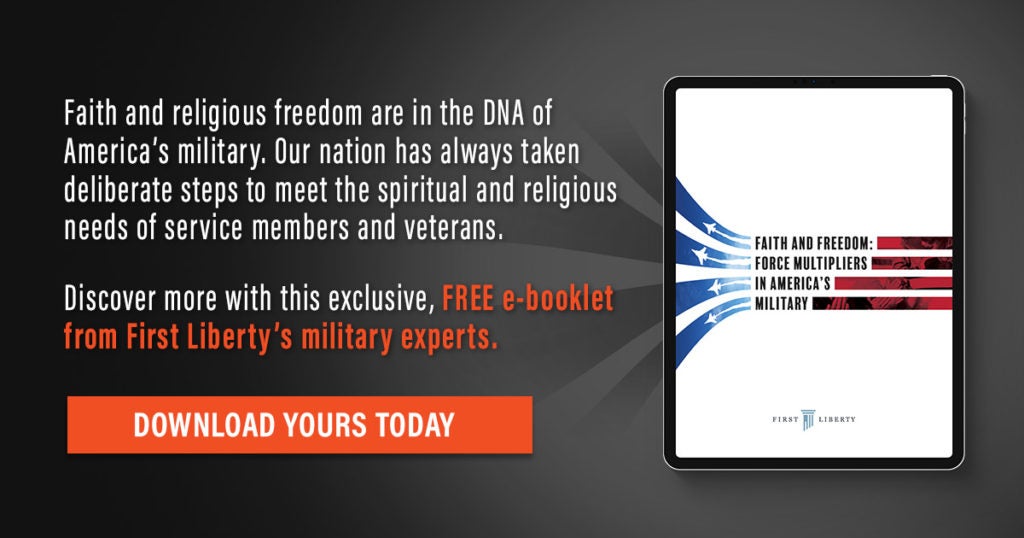 Beyond the data, our own experiences serving in uniform demonstrate just how wrong Warnock is.

We both have dedicated significant portions of our professional lives to serving God and country—and we can tell you firsthand, not only are the two not mutually exclusive, they go hand-in-hand. Our service to our country would not have been possible if not for our dedication to serving our God.

While many may know me as the former Ranking Member of the House Judiciary Committee, or as Georgia Congressman Doug Collins, many also know me as a pastor, a Lieutenant Colonel, an Iraq veteran, and a U.S. Air Force chaplain. I strive each and every day to embody the chaplain corps motto, pro deo et patria (“For God and Country”).

And I— Mike Berry—currently serve as General Counsel for First Liberty Institute, a national religious freedom law firm that is known for its work to defend religious freedom within the military. Prior to entering the arena of constitutional litigation, I was an active duty lawyer in the U.S. Marine Corps, where I continue to serve as a Lieutenant Colonel in the Reserve.

The people of the great state of Georgia should reject Raphael Warnock’s dangerous views on faith and service.

We both have dedicated significant portions of our professional lives to serving God and country – and we can tell you firsthand, not only are the two not mutually exclusive, they go hand-in-hand.

At a press conference earlier this week, Warnock qualified his most recent remarks claiming he was “expressing the fact that, as a person of faith, [his] ultimate allegiance is to God.” But he didn’t mention his reprehensible comments from 2011 at all. If he truly believes one cannot serve God and serve our country as a member of the military, how is it that he can serve God and our country as a U.S. Senator?

America’s founders understood that allegiance to God does not preclude military service on behalf of one’s country. In fact, of the 56 men who signed the Declaration of Independence, approximately one-third were military veterans.

The greatest weapon in our military arsenal is not an aircraft carrier or a stealth bomber. It is the individual service member, who fights because he or she loves what is behind them.

As a nation, we must do everything we can to ensure our service members have every possible advantage when it comes to defending our freedoms. Any attempt to use the pulpit to bully brave young Americans from the noble calling of service should be rejected.

** Note: This article was first published on Fox News and is republished here with permission. The article presents the main points of an article published in Fox News. This work was authored by Mike Berry and Rep. Doug Collins. The original article can be found on the Fox News website, here.