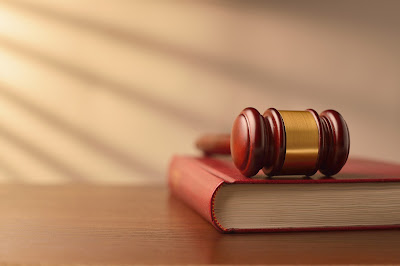 The United States Court of Appeals for the Eighth Circuit shook things up last Thursday, proving that the battle against the HHS Abortion Pill Mandate is far from over. Unlike other federal appellate courts, the Eighth Circuit rejected the government’s arguments and held that faith-based non-profit ministries cannot be forced to provide abortion-inducing drugs in violation to their sincere religious beliefs. With this circuit split, it is now highly likely that the Supreme Court will rule on the legality of the HHS Mandate imposed on non-profit faith-based ministries like the Liberty Institute plaintiffs in the pending Insight For Living and Christian and Missionary Alliance cases.

The HHS Mandate is a portion of the Patient Protection and Affordable Care Act, also known as “Obamacare,” that requires group health insurance plans to provide coverage for FDA-approved abortifacient drugs or devices – for example, Plan B (the “day after pill”), Ella (the “week after pill”), and intrauterine devices (“IUD”) that prevent implantation of a fertilized egg.  The HHS Mandate exempts churches, church denominations, and church auxiliaries, but provides no exemption for faith-based ministries like the Little Sisters of the Poor, Insight For Living, or the Christian and Missionary Alliance retirement communities and colleges.

BUT ISN’T THE BATTLE OVER? DIDN’T HOBBY LOBBY WIN?

In Hobby Lobby v. Burwell, the Supreme Court ruled in favor of Hobby Lobby Stores, Inc.—establishing that religiously affiliated, family-owned businesses could not be forced to violate their beliefs by complying with the HHS Mandate and providing certain kinds of contraception to their employees. It was a substantial victory for religious freedom.

The decision was limited to the protection of for-profit businesses, however, leaving non-profit ministries—which fall neither within the exempted church category nor the Hobby Lobby precedent—completely vulnerable to legal attack.

Since Obamacare became law, hundreds of non–profit faith-based ministries have brought their cases before court, hoping to achieve the same kind of legal validation of their sincerely held religious beliefs as family-owned businesses under the Hobby Lobby decision. But time and again, federal appellate courts have ruled against them. Just recently, the 10th circuit ruled against the Little Sisters of the Poor—a non-profit ministry of nuns committed to taking care of the poor and elderly—demanding that they adhere to the HHS Mandate.

Other non-profits, including clients of Liberty Institute, have also been engaged in what seemed to be a losing battle with the federal circuit courts.

But as of last Thursday, thanks to the Eighth Circuit Court’s decision in favor of several Christian colleges, there is reason to hope that the religious rights of non-profit ministries may yet be affirmed.

First, the impact of religious non-profit ministries of all kinds is simply too significant to measured. Consider the clients of Liberty Institute alone:

·      Insight for Living Ministries (IFL) – this Bible-teaching ministry of renowned pastor Chuck Swindoll reaches thousands of people around the world with biblical counseling and guidance. Because the ministry’s core values do not allow the provision of the kind of abortion-inducing contraceptives included in the HHS mandate, IFL finds itself deep in a legal battle.

·      Christian and Missionary Alliance Foundation (CMA) – this denomination also has worldwide impact, with 20,000 churches internationally and multiple other faith-based organizations that, though not churches, are affiliates or subsidiaries affiliated with CMA and aligned with its core values. Liberty Institute is currently representing four CMA retirement communities and two CMA colleges in a lawsuit challenging the constitutionality of the HHS Mandate.

There are dozens more non-profit, faith-based ministries that are currently waiting on the Supreme Court to decide the legality of the HHS Mandate and to determine if they will be permitted to freely exercise their sincere religious beliefs—beliefs that say it is morally and ethically wrong to participate in the termination of unborn human life.  Should the federal government prevail in this battle, religious non-profit ministries all around America will be affected, and their impactful work compromised.

Further, if the courts choose to definitively impose the HHS mandate on religious non-profits, the door could be opened for a federal revisit of the Hobby Lobby v. Burwell decision—potentially ripping formerly established rights out from underneath Christian businesses.

Finally, by limiting exemptions to the HHS mandate to churches, church denominations, and church auxiliaries, the federal government is attempting to limit the exercise of religious beliefs to the four walls of church buildings. If churches become the only places allowed to operate according to religious principles, the free exercise of religion in America will be all but lost. True religious liberty requires that individuals —and organizations run by individuals —be permitted to exercise their faith in allareas of life.

THE FIGHT IS NOT OVER

As the three-judge panel in the Eighth Circuit Court decision last week revealed, the question of religious non-profits’ religious rights is not decided. Non-profit ministry leaders, pro-life advocates, and religious liberty supporters have reason to hope that soon, both family-owned businesses and non-profit ministries may be exempt from the HHS Mandate.

An Alarming New Era for Religious Liberty in America