If the Commission chairman thinks ridding the land of religious freedom for all will be easy, he is sorely mistaken. 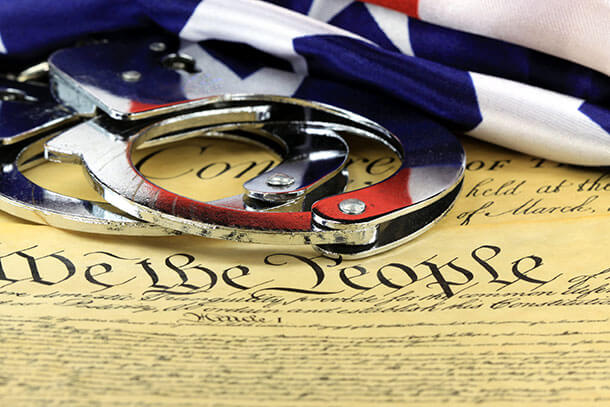 If you want to protect your religious freedom, you’re nothing more than discriminatory, intolerant, racist, sexist, and worse—and the government has the right to silence you.

At least, that’s what the U.S. Commission on Civil Rights has declared. In fact, according to the Wall Street Journal, the chairman of the commission, Martin Castro, declared it to the nation when he made public a new report from the commission earlier this month. Specifically, he said this:

“The phrases ‘religious liberty’ and ‘religious freedom’ will stand for nothing except hypocrisy so long as they remain code words for discrimination, intolerance, racism, sexism, homophobia, Islamophobia, Christian supremacy or any form of intolerance.”

However, Castro and the rest of the commission don’t seem much interested in peacefully reconciling or coexisting with anything rather than their own views.

According to a report by Lifezette, an inside (and dissenting) voice warns that religious freedom is no longer a priority for the commission.

“The secular … side believes that the nondiscrimination principles should take precedence over religious liberty principles,” said Peter Kirsanow, a Commission member. Kirsanow went on to tell Lifezette that he had hoped for a balance between religious liberty and nondiscrimination policies, but the result was a report that struck no such balance.

Kirsanow added that the report will be used to inform government officials at every level and become a guide for settling tensions and to “subordinate religious liberty.”

The Problem With the Commission’s Report

The problem with Castro’s assumption about people of faith is that it directly contradicts the protections for religious freedom that were noted in 2015’s Obergefell decision. In the decision that legalized same-sex marriage nationwide, Justice Anthony Kennedy wrote the following in favor of religious individuals and organizations:

“Finally, it must be emphasized that religions, and those who adhere to religious doctrines, may continue to advocate with utmost, sincere conviction that, by divine precepts, same-sex marriage should not be condoned. The First Amendment ensures that religious organizations and persons are given proper protection as they seek to teach the principles that are so fulfilling and so central to their lives and faiths, and to their own deep aspirations to continue the family structure they have long revered. . . .”

It is ironic that despite these words from Kennedy, Obergefell has become the very justification for many launching attacks against religious freedom.

But Kennedy’s defense of religious freedom was not new—not by any means. He only acknowledged what has existed since America’s founding—the freedom to follow one’s own conscience according to the teachings of their faith.

The Threat is Real—But So is the Hope

First Amendment protections for free speech and free religious expression cannot easily be thrown aside, something proven time and time again by First Liberty’s victories for Americans of faith.

As Kelly pointed out earlier this month at Values Voter Summit in Washington, D.C., “If people are willing to stand, we’re winning. The law, history, [and] the Constitution back religious freedom. The First Amendment is here to stay. We just have to be willing to stand for that.”

Shackelford added that acknowledging threats like Martin Castro’s of the U.S. Commission on Civil Rights shouldn’t discourage Americans, but rather inspire them into action.

“People often won’t take action to protect their freedoms until they realize they’re in danger. If it wasn’t clear before, it is now—our religious freedom is being overtly threatened.”

“Indeed we are better off. The solitary virtue of Mr. Castro’s presentation is that he makes not the least effort to hide the ugly bits.”