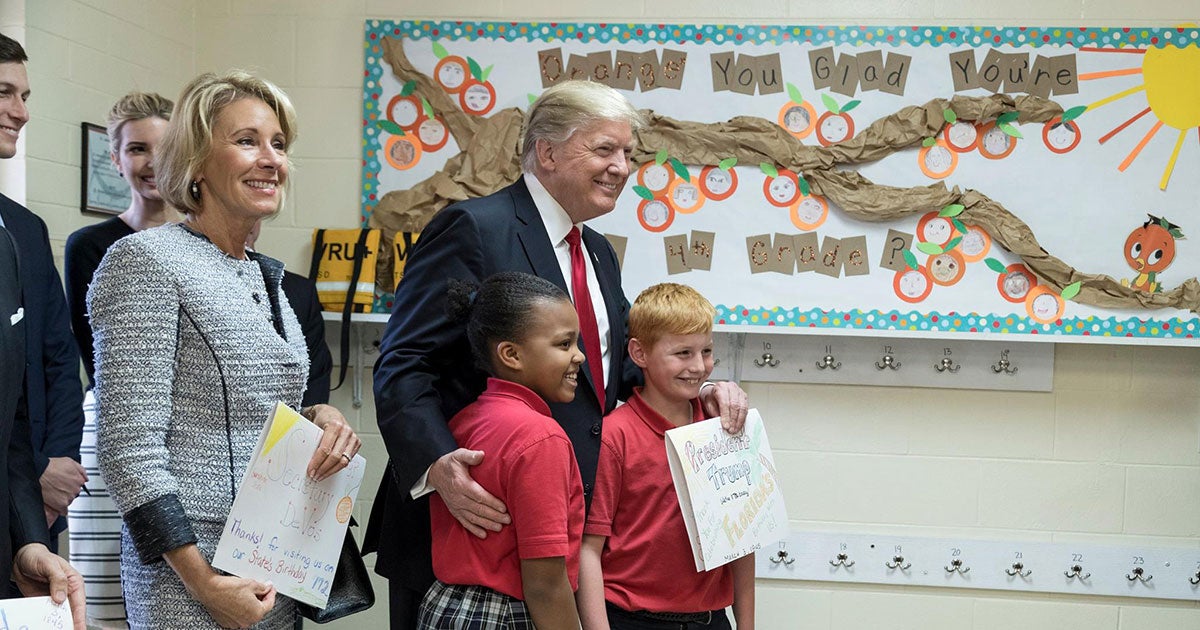 The current administration is committed to protecting the First Amendment.

And their actions show it.

Below you’ll find a quick recap of what the Trump administration has recently done to prioritize America’s first freedoms for American students, including religious liberty and the subsequent liberties enshrined in our First Amendment.

For many Americans, like you, whose children or grandchildren are currently attending college, this executive action comes at a very important time – and it will indeed be a sigh of relief.

But if you’re a student who wants to live out your faith at your college – then this order is going to do more than help you breathe easier. You’re going to want to keep a copy of it in your back pocket at all times.

Recent studies on the First Amendment reveal that:

In the hypersensitive climate that pervades in colleges and in our culture today, people of faith are often among the first ones to bear the burden of censorship.

Many of our opponents – who claim to be open-minded and supportive of free speech – are not above using intimidation and harassment to silence dissenting voices, especially the voices of religious Americans.

Today, it’s almost common to hear about colleges cancelling events or outright banning speakers (whether religious or political) from visiting campuses because their views are deemed too controversial. Or, colleges will just outright censor students, groups or speakers whose beliefs or opinions are considered hate speech, intolerant or not inclusive.

That’s why the Trump administration’s recent executive order on free speech is so critical.

Its purpose is simple and direct. It tells colleges and universities to take action and encourage an open, diverse and intellectually engaging environment consistent with the principles found in our First Amendment.

In a sense, it’s a call to even the playing field in our institutions of higher education. To ensure that all students – whether religious or not – can bring express their ideas and beliefs, as well as participate in open, free and civil dialogue.

In March, Secretary of Education Betsy DeVos announced that religious organizations can participate in programs that provide tutoring, mentoring, and other services to local students and teachers.

Moving forward, the Department of Education (DOE) will ensure religious organizations are treated equally and given the same opportunity as secular groups, which is in accordance with the U.S. Supreme Court’s recent decision in Trinity Lutheran v. Comer.

In short, this is the right move on the part of Secretary Devos.

Her actions are in line with President Trump’s 2017 executive order on religious freedom, which “protects the freedom of Americans and their organizations to exercise religion and participate fully in civic life without undue interference by the federal government.”

So how will this affect you and your family?

Simply, it means that if your children are still in school, they will once again have an opportunity to take advantage of great educational services offered by many religious groups around the country.

And for that, the President, Secretary Devos, and the administration deserve a round of applause, because they are effectively returning religious liberty to students and parents across the nation.

**Freedom Forum Institute – The State of the First Amendment