Thanks to You, First Liberty Defends Massachusetts Church from Unconstitutional Restrictions 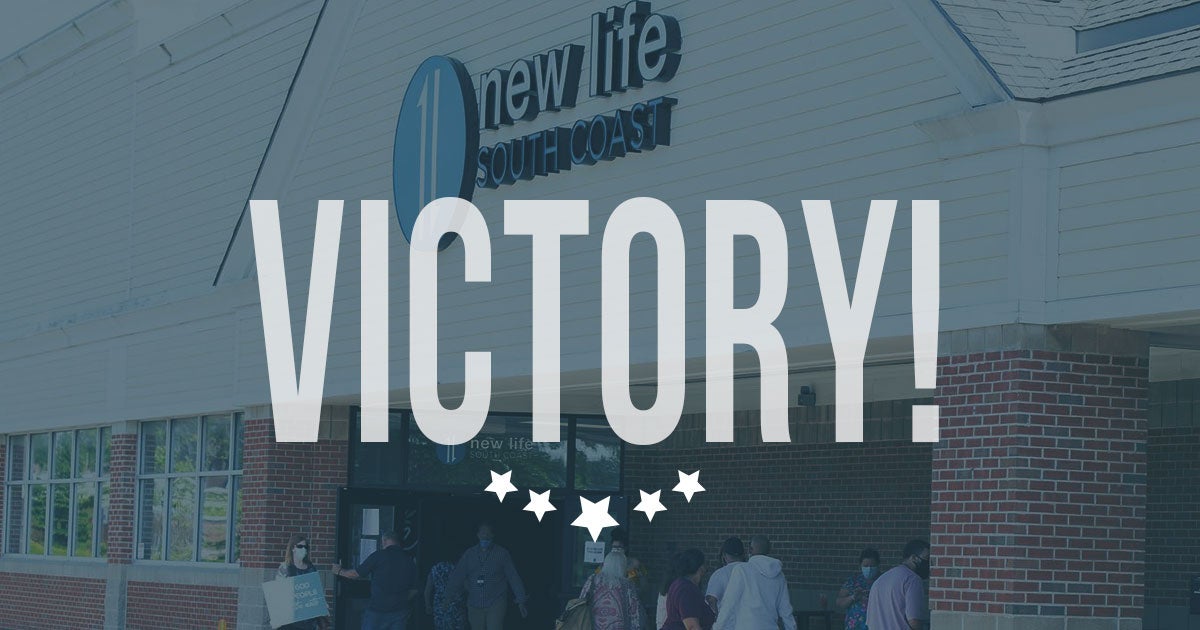 If the free exercise of religion means anything, at a minimum, it means that the government may not treat religious persons and activities more harshly than it treats secular ones.

But that’s exactly what some jurisdictions have done during the COVID-19 pandemic. In New York, Kentucky, and California, for example, state and local officials have allowed business and leisure establishments—such as liquor stores, restaurants, and theaters—to host and serve crowds, while those same officials have forced congregations to remain home or to turn away many of their worshippers. Not only are these discriminatory policies arbitrary and irrational; they are unconstitutional.

Today we’re happy to report an important victory for New Life. Rather than face a certain defeat in court, Governor Charlie Baker responded earlier this week by announcing new policies and pulling down the unconstitutional restrictions on religious services. And it’s because of your generous support that First Liberty continues to triumph and successfully defend houses of worship fighting to reclaim their constitutional rights. 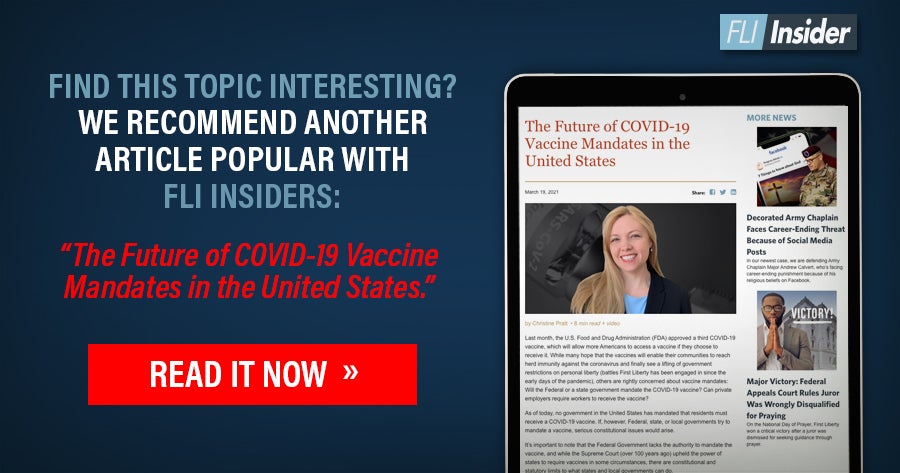 New Life meets in a 48,000 square-foot former mall, and its occupancy permit allows 680 worshippers to attend its services. Since the onset of the pandemic, the church has scrupulously followed disinfecting, face-mask, and social-distancing requirements, and no one has contracted COVID-19 at its services.

But the governor and a state agency promulgated restrictive capacity limits for places of worship, and local public-health officials ordered the church to limit total attendance to just 253 persons, including a cap of only ninety (90) in the sanctuary. Even more egregious, these officials told places of worship—including New Life—that they cannot host communal gatherings before or after their services, a central religious practice for many faith traditions.

The church endured this unequal treatment during Easter. With Pentecost Sunday approaching on May 23, after its pleas went unanswered by the mayor and the governor, the church was forced to file suit. First Liberty’s complaint and motion for preliminary injunction observe that in a series of recent decisions, the Supreme Court has made clear that these kinds of discriminatory policies violate the First Amendment’s free exercise clause. Even so, the defendant officials did not back down when First Liberty sent a demand letter to the mayor, and another demand letter to the mayor and the governor.

Only after First Liberty filed suit and asked the court for immediate relief did the officials back down by removing the communal-gathering prohibition and by making the capacity limitations discretionary rather than mandatory.

We are pleased that New Life and other Massachusetts congregations can now gather together to celebrate the birth of the Christian church on Pentecost Sunday, but we know that this is not the end of our work to protect religious liberty during the pandemic.

We stand ready to push back, and go to federal court if necessary, to ensure that our public servants honor our religious freedom during these uncertain times. The Constitution is not suspended during a crisis, and it is during such times—when the pressure to brush aside our freedoms is especially strong—that we must remain especially vigilant.

Will you consider chipping in today with a financial gift to help us secure more victories for America’s houses of worship?