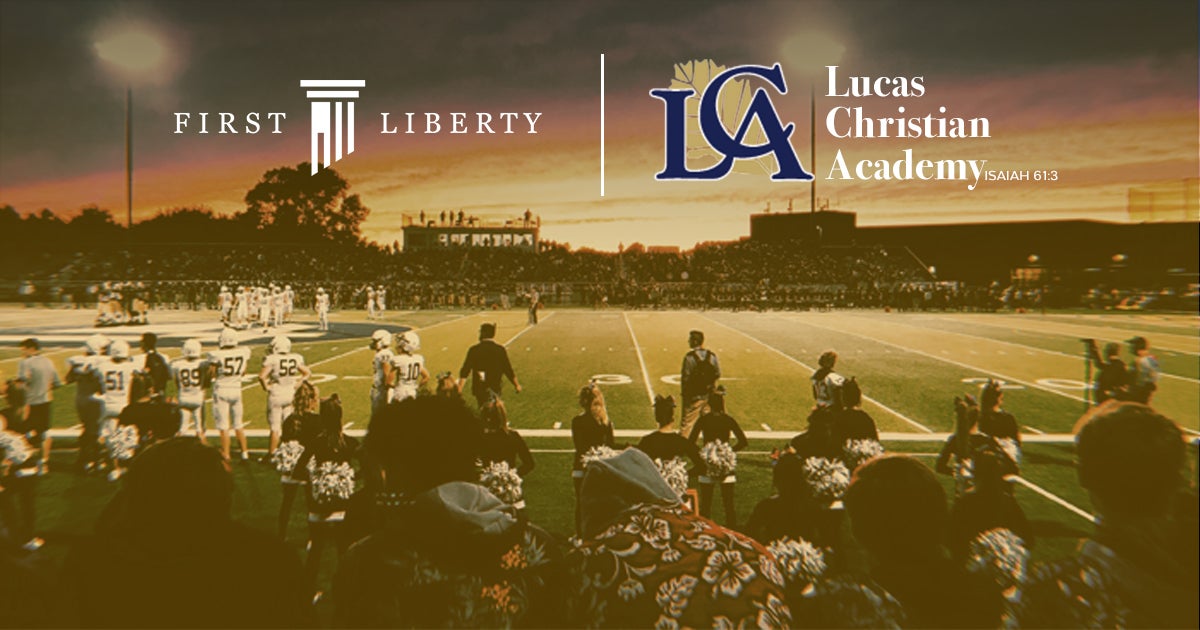 First Liberty recently represented and secured a victory for Lucas Christian Academy (LCA), a private school with about 400 students, located in the suburbs of Dallas. Like hundreds of schools across the Lone Star State, LCA students love Friday night football.

Holding true to Texas tradition, LCA boasts a six-man football team that plays every week. But because its field doesn’t have permanent field lights, LCA has always played its home games on Saturday mornings or off-site on Friday evenings.

Once each year, LCA asks for a special permit from city officials to allow temporary lighting at the stadium for their homecoming game, obviously an important event for the students. The game is the one opportunity each season to play under Friday Night Lights on the home field.

Since 2011, the city has approved the school’s request for exterior field lights to be used on Friday nights without any issues. But shockingly, this year city officials denied the permit.

For LCA, the clock was running out and they needed the issue resolved…quickly. After reaching out to First Liberty for help, our attorneys sprang into action. 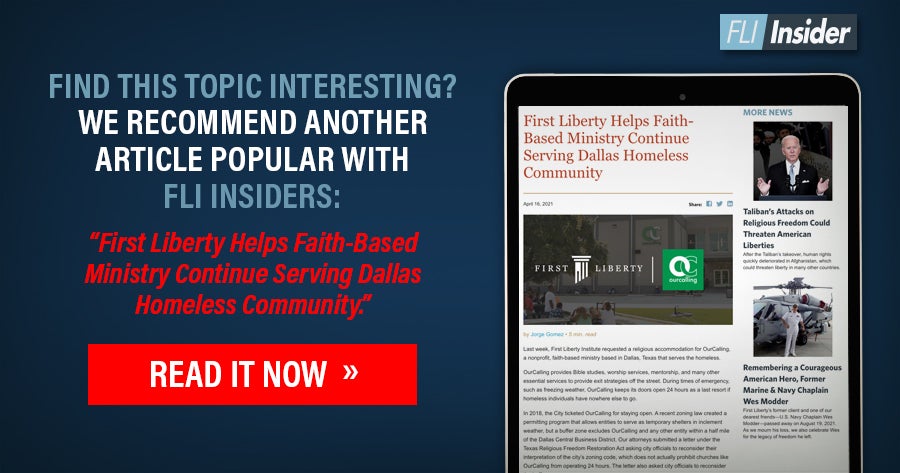 Religious schools should not be treated with hostility, especially when they’re following the law and complying with city requirements to obtain necessary permits. All LCA asked for was equal treatment.

Just a week before kick-off, First Liberty’s legal team—alongside volunteer network attorneys from the elite law firm Jones Day—went to court to ask a judge to prevent the city from discriminating against the school and stopping its game.

After that hearing took place the very same day, LCA prevailed. Attorneys with the city and First Liberty negotiated to allow the school to have its homecoming game under the lights.

On October 29th, LCA not only played the homecoming game—they also won.

“Friday night lights are part of the culture, tradition, and landscape of Texas,” said Hiram Sasser, Executive General Counsel at First Liberty Institute. “We are grateful that city officials did the right thing by allowing LCA to do what kids across Texas get to do every Friday night in the fall.”

The LCA case and many other similar legal matters for religious schools, students of faith and faith-based ministries may seem like small wins, but they’re very significant for the people involved.

While winning landmark Supreme Court cases is vital to protecting the future of religious liberty, it’s equally important that we fight and win the challenges happening right in our very own hometowns. Collectively, these wins add up to protect religious liberty for millions of Americans.

It’s because of YOU.

Thanks to your support, First Liberty continues to be the greatest hope for victory for people of all faiths—the courageous heroes who take a bold stand for their constitutional freedoms.

We do not charge our clients a dime for our representation, so that even small private schools can get the help they need when government officials mobilize against them. You’re the one who helps First Liberty be a voice for those who could not otherwise fight for their liberties.

Will you give today to help keep First Liberty on the frontlines? We need you now, more than ever before, to continue defending and winning for everyday heroes, houses of worship, schools and Americans of all faiths whenever their rights come under attack.