Preparing to argue before the highest court in the military, First Liberty attorneys press for proper application of federal religious freedom law. 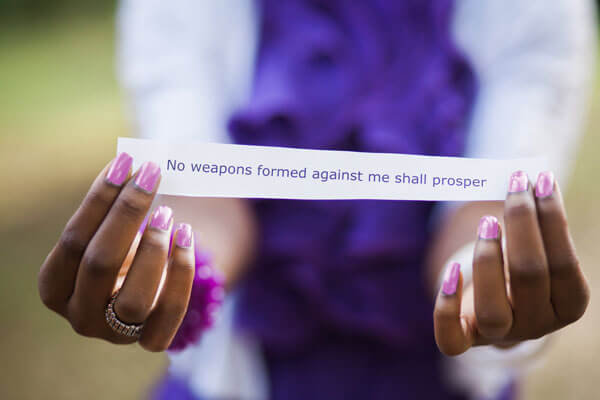 On Thursday, First Liberty Institute (formerly Liberty Institute) and volunteer attorneys submitted a reply brief in United States v. Sterling, an ongoing case for the religious freedom of a Marine who was court-martialed in early 2014 for refusing to remove Bible verses she taped around her personal workspace.

The case is currently before the Court of Appeals for the Armed Forces (CAAF), the highest court in the United States military. The case could eventually land at the U.S. Supreme Court.

First Liberty’s main and reply briefs argue that the Religious Freedom Restoration Act (RFRA) ought to apply to military members as it does to other U.S. citizens. Sterling was denied RFRA protection by lower courts in 2014 and again in 2015.

Oral arguments for the case are set for later this year.

While stationed at Camp Lejune in 2013, LCpl Sterling, a devout Christian of Haitian descent, noticed that other service members had placed various personal items in their work spaces at the military base. She decided to follow suit and express herself by displaying one of her favorite Bible verses.

At her court-martial, Sterling initially represented herself, and invoked protection from the Religious Freedom Restoration Act (RFRA), a federal law that protects religious exercise like Sterling’s.

Passed unanimously by Congress in 1993 and signed by President Bill Clinton, RFRA has been used in court to protect religious liberty in multiple and diverse contexts.

But the trial judge ruled against her, and Sterling was convicted. Sterling appealed her case to the Navy-Marine Corps Court of Criminal Appeals where she again cited her First Amendment rights to religious expression, as well as protection under RFRA. Incredibly, the appellate court said RFRA did not apply because displaying a Bible verse does not constitute religious exercise.

First Liberty and volunteer attorney Paul Clement—a partner at Bancroft PLLC who has argued over 75 cases in the U.S. Supreme Court, including the 2014 Hobby Lobby victory—asks CAAF to rule that the appellate court should have applied RFRA in Sterling’s case, protecting her right—and the rights of all service members—to engage in religious expression while serving in the military.

“[The lower courts’ conclusion] rests on an exceptionally narrow reading of RFRA, despite the Supreme Court’s repeated reminder that RFRA provides very broad protection of religious rights,” the brief continues.

“A favorable decision that RFRA should have been applied would set a major precedent that could be used to protect others in the military who desire to express their faith while serving their country,” Berry says.

IN OR OUT? Texas Lt. Governor Asks Attorney General to Clarify Freedom for Chaplain Program and Prayer in Courts