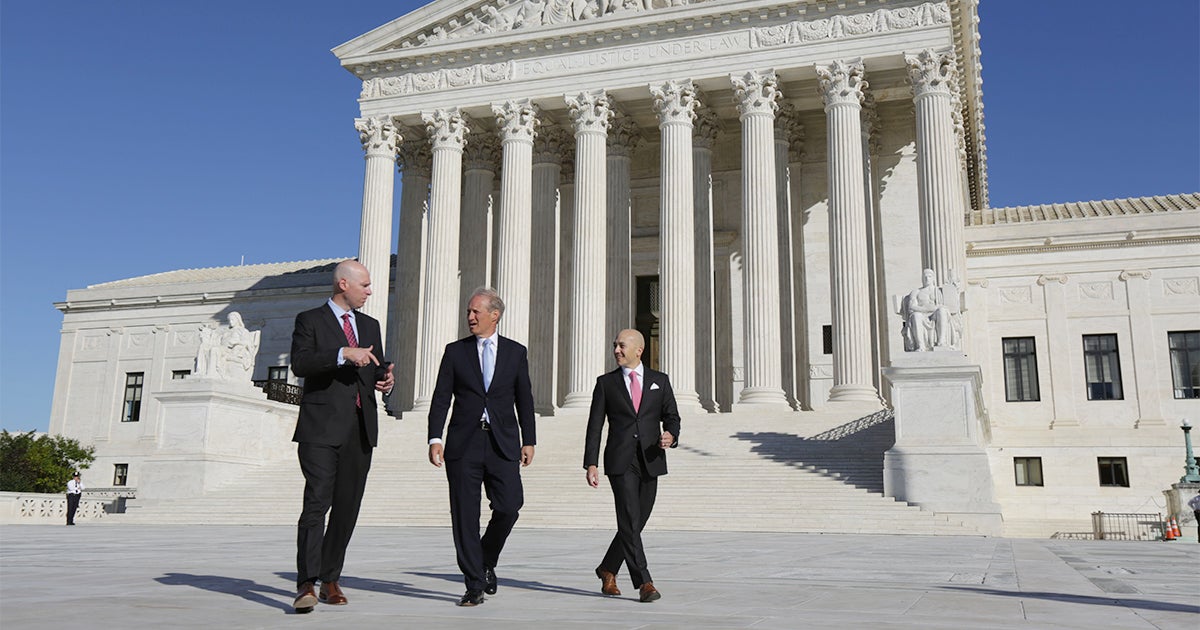 The Court formally begins its business on the First Monday of October, so let’s take a look at the religious freedom cases that are currently pending with the High Court for the upcoming year.

But before we do that, however, let’s briefly look at results and highlights from last year’s key First Liberty cases (OT 2018). What many legal scholars are calling “the calm before the storm” has to do with these three important rulings on religious freedom – all of which represented incredible victories for the First Amendment rights of Americans:

These critical successes are an indication that, together, we’re charting a whole new course for religious liberty unlike anything we’ve seen in the last half-century. And if the victories persist, this upcoming Supreme Court term could be the continuation of a nationwide sea change for religious freedom.

Here’s a recap of three critical religious freedom cases that you must keep on your radar:

1. The “Real” Separation of Church and State Case

As the Court begins its new term, First Liberty awaits a response to our case involving two Catholic schools in Puerto Rico, which were told by a state court how to run and organize their internal affairs.

The final ruling or response on this case could have a profound impact on whether churches and religious schools can continue to organize their own administrative affairs, or run their education programs according to their beliefs.

To put it into perspective, if a court or state agency can tell a church or school how to operate, it’s only a matter of time until government is telling churches what to teach or believe.

This type of blatant government intrusion has the potential to impact churches and religious schools not just in Puerto Rico, but all throughout the country. A refusal to review this case by the Supreme Court could give other courts a license to erase autonomy for religious institutions, including your church or the faith-based school that your children or grandchildren attend.

The Court will hear oral arguments in Espinoza v. Montana Dept. of Revenue, a case involving children in Montana who’ve been stripped of their right to participate in a modest scholarship program simply because they attend religious schools.

State officials are using an archaic law to deny religious schools the ability to participate in this widely available public program. By doing so, however, Montana bureaucrats are openly defying the Supreme Court’s decision in Trinity Lutheran v. Comer (2017), which states that religious groups cannot be barred from participating in public programs simply because they are religious.

A victory in this case would affirm that faith-based schools and their students have a right to participate in publicly available programs without discrimination and on equal footing as their secular counterparts.

First Liberty will be filing a friend-of-the-court brief in support of the Montana families seeking to have their constitutional rights vindicated by the High Court.

Pending with the Court is another case involving the rights of Americans to operate their businesses consistent with their faith.

Barronelle Stutzman, the sole owner of Arlene’s Flowers in Richland, Washington, acted consistent with her faith and declined to use her creative skills to participate in the same-sex ceremony of one of her longtime customers. After years of litigation by our friends at the Alliance Defending Freedom, Stutzman is once again appealing to the High Court to affirm her right to freely live out her faith.

The Court’s response in Arlene’s Flowers could have an impact First Liberty’s own case, Sweet Cakes by Melissa, in which we’re seeking to vindicate cake-artist Melissa Klein’s rights after state officials bankrupted her family business and forced her to shut it down. Melissa’s case is currently pending in state appellate court and could soon be headed back to the U.S. Supreme Court.

Both of those cases have the potential to set a precedent and leave a legacy that protects the rights of people of faith to run their businesses according to their beliefs, as well as the right of religious Americans to live out their faith in the workplace.

We are First in the Fight to protect America’s first freedom. With your support, we can win more victories at the U.S. Supreme Court to protect the religious liberty for your and your family. Give today.